The Ooni of Ife, Adeyeye Enitan Ogunwusi (Ojaja II), has urged world leaders to invest in humanity through researches and documentation of historical facts rather than spending funds on nuclear weapons.

The Ooni, who is the co-chairman of National Council of Traditional Rulers of Nigeria (NCTRN), made the call at his Palace in Ile-Ife while playing host to a team of researchers led by the French Ambassador to Nigeria, Mr. Jerome Pasquier.

The foremost African monarch, who decried the huge amount of resources invested in the procurement of war weapons which he described as items of destruction, posited that the world would be a better place for all if such is spent to advance nature through archeological and historical researches that can establish the links connecting various nations in the world as one family.

According to him, “We are one people regardless of our cultural, racial, religious and social beliefs, and the earlier we recognise this fact, the better for us. Let us use our God-given resources and potential to document our history and research on archeology linking all of us together as one family even though we are separated by artificial national boundaries. These archeological items are useful for the unborn generations, rather than destroying ourselves with our own resources.”

On the visit of the French ambassador and other researchers to the ancient city, Ogunwusi revealed that there is a strong cultural relationship between France and Nigeria, especially on the basis of kingship. He commended the visiting ambassador and his team for their commitment to the promotion of the ‘prestigious’ African culture.

The Ile-Ife monarch said: “Just recently, the French President, Mr. Emanuel Macron, visited Nigeria during which he stopped at some notable heritage sites, including the famous musical shrine originated by the late Afro legend, our own Fela Anikulapo Kuti.

“I have always said we are of one family source; the Europeans too are now corroborating me. The French Government has been wonderful, especially in ensuring that all our artifacts are returned to us in this part of Africa, and they are working with us on this here in Ile-Ife, as they are also working with the Benin kingdom. Of course, you all know the strong relationship between the Benin kingdom and the Yoruba people as direct descendants of Oduduwa, who pioneered kingship in the world with this sacred throne I now occupy as the Arole Oodua and the natural head of the Yoruba race worldwide.”

Earlier in his address, the Ambassador, Pasquier, who was flanked by the French Consular General, Mrs. Lawrence Nonnayrant, and other personalities admitted that the Ile-Ife kingdom occupies a huge place in history, adding that such historical relevance could be a source of economic gain if maximised.

“We in the Europe, especially the French, love this king, and we follow his unity and peace efforts.

“It is good to embrace civilization, but it is more important to keep the traditional culture intact, and I am very happy to see that culture and tradition are well kept in this kingdom of Ife which is the ancestral home of the great Yoruba nation despite its current civilized state,” the ambassador said.

One of the researchers from the United States told journalists that he was in the town to join his colleagues from Europe and America who have been working on different archeological sites in Ile-Ife to corroborate the historical facts pointing to the Yoruba race with Ile-Ife being its spiritual headquarters as the cradle of mankind.

According to him, “There are facts pointing to this town as the source of humanity, and it is through this archeological efforts that these facts can be corroborated. Several of our colleagues have been working here in Ile-Ife for the past four years, and a lot of positive mysteries of archeology have been discovered; that is why my university has sent me to come and join the work.”

Also at the event, an African cultural festivals researcher from Zulu in South African, Dr. Nokuthula Khumalo, who is in Ile-Ife to witness this year’s forthcoming Olojo festival, admitted that Yoruba race is the possible oldest race in the world, saying the historical facts available to her confirm Ile-Ife as the cradle of mankind.

She said: “Three years ago, precisely 2016, I was at the Lambeth Palace of the Archbishop of Canterbury in England when the present Ooni of Ife and other Nigerian kings visited Archbishop Justin Welby, who told the visiting Ooni and his large entourage that the world actually originated from Africa.

“Highly fascinated by this, I thereafter engaged with some international archeologists and historians in Europe, America and Africa, most of whom confirmed to me that the world started from a native tribe in the tropical part of Africa with emphasis on Yoruba race in West Africa. I went to the palace of the king of Accra in Ghana last year from where I was directed to Ile-Ife in Nigeria. What I have seen here in the last one week is so amazing and incredible. Africa must unite.”

Recently, the Ooni of Ife in conjunction with the Brazilian Government unveiled the Oduduwa Mobile Museum for the purpose of showcasing the African arts and culture to the world.

The first-of-its-kind mobile museum which already has a building in Rio De Janeiro, Brazil, donated by the Brazilian Government, is also being planned to be unveiled in Paris, France, next year in conjunction with the French embassy in Nigeria.

The Director, Natural History Museum of the Obafemi Awolowo University, Ile-Ife, Professor Adisa Ogunfolakan, led the French ambassador and the international researchers to the Ooni’s palace while student-historians from Ahmadu Bello University, Zaria; University of Jos, University of Ibadan and representatives of the National Museum were also in attendance at the event. 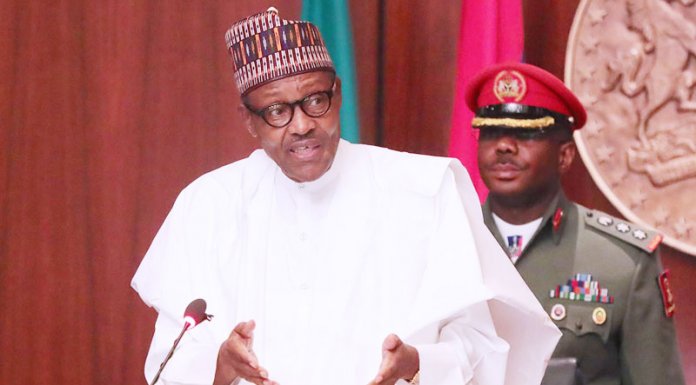