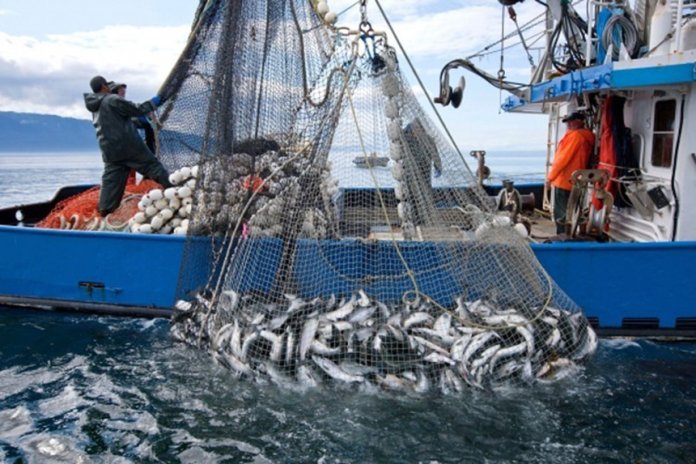 Nigeria is losing $600 million annually to illegal and unreported fishing by foreign vessels as a result of lack of equipment such as Automatic Identification System (AIS) and Vessel Monitoring System (VMS), and adequate manpower to police the country’s vast coastline, THISDAY’s investigation has revealed.

THISDAY gathered that the country also spends $800 million annually on fish importation, being the fourth largest importer of fish in the world, after China, Japan and the United States.

Investigation further revealed that the country’s top suppliers are the United States and Chile, but fish is also sourced from Europe, Asia as well as a few African countries, including Mauritania, Algeria and Mauritius.

This leaves a deficit of 2.2 million metric tonnes, which is largely supplied through importation.

According to the document, Nigeria in 2018 imported fish worth $71 million, $56 million, $43 million and $174 million from Iceland, Russia, Norway and Netherlands respectively.

The document also showed that West Africa remains a global hotspot for illegal fishing with estimated losses of $2.9 billion.

The document further revealed that over 450 Chinese vessels fish illegally in Nigeria and the coast of West Africa, adding that, “a survey carried out by the West Africa Task Force showed that over 37 per cent of all fish caught in West Africa are caught illegally with China, Taiwan, Russia, South Korea, Spain, France and Thailand being the main countries responsible.

“This is aside vessels from other countries and artisanal fishing in Nigeria inland water ways in areas such as Badore, Epe and coastal areas in Bayelsa, Akwa Ibom and Cross Rivers states.”

Nigeria has a coastline of 853 kilometres, which borders the Atlantic Ocean in the Gulf of Guinea.

The total area of the continental shelf in the EEZ is approximately 37,900 km².

THISDAY gathered that Nigeria needs equipment like the AIS and VMS, both of which use satellite tracking to transmit vessel locations.

“AIS was designed as a collision avoidance tool and is required for vessels over a certain size by international law and some smaller vessels by national regulation. VMS is a bespoke fisheries management system regulated at the national and regional level. VMS data have traditionally been proprietary but governments are increasingly sharing these data publicly for greater fisheries transparency, ” the document stated.

Meanwhile, an official of the Federal Department of Fisheries who spoke to THISDAY on condition of anonymity blamed the Nigerian Maritime Administration and Safety Agency (NIMASA) and the Nigerian Navy for usurping the role of the department, which he said is constitutionally responsible to the protection of Nigeria’s fish resources.

He called on the federal government to create a ministry of fisheries and marine resources to effectively harness Nigeria’s abundant ocean resource.

“Government agencies are supposed to collaborate but that is not the case. However, any vessel we give letter of consent or assurance to bring a vessel into Nigeria has to go to NIMASA for registration. That is what Sea Fisheries Act says.  We also collaborate on the issue of the International Maritime Organisation (IMO) number, which is a unique number issued to a vessels for life until it is scraped. It is through that number that we detect vessels that are being used for illegal fishing,” he said.

He added that fisheries over the world have been suffering from illegal exploitation, which undermines the sustainability of marine living resources and threatens food security as well as the economic, social and political stability of coastal states.

“These crimes have been identified by the Interpol and its partners as transnational in nature and involving organised criminal networks,” he stated.

Also, when THISDAY visited Badore area in Lagos, which is the main research site of the Nigeria Institute of Oceanography, locals narrated how several vessels trawl illegally at night unchecked.

According to a resident, Mr. Babatunde Akinyemi, “we are not allowed to go near the water to fish but at night we see people fishing and no one arrest them. This is also happening around other communities in this locality.”