Eromosele Abiodun in Lagos and Kasim Sumaina in Abuja

As part of a permanent solution to the protracted Apapa gridlock as a result of truckers parking on the roads and bridges, the federal government has announced that it will link the Apapa and Tincan ports with rail between December 2019 and January 2020.

This is coming as the federal government has also approved $5.3 billion for the Ibadan-Kano standard gauge rail project.

The Minister of Transportation, Mr. Rotimi Amaechi who disclosed this at a maritime stakeholders meeting in Lagos yesterday, also announced that the federal government have imported over 200 wagons for the evacuation of cargos from the ports, warning that the truckers will be out of business and will have no need to park on the roads when the project is actualised.

Also, in a bid to ensure transparency, efficiency and eliminate corruption in the ports across the country, he said the government will by the end of this year implement the Single Window system, adding that Nigeria is the only country in West Africa without the Single Window System.

A Single Window is a facility that allows parties involved in trade and transport to lodge standardised information and documents with a single entry point to fulfill all import, export, and transit-related regulatory requirements. If the information is electronic, then individual data elements should only be submitted once. The Single Window is a practical application of trade facilitation concepts intended to reduce non-tariff trade barriers and deliver immediate benefits to all members of the trading community.

According to him, “I believe that the solution to Apapa port is when we get the railway to the sea port; that is why we are working extra hard to get the rail to the sea port between December this year and January 2020. By the time we achieve that, all the trucks that parks on the roads and bridges will only remain there if the Lagos State government allows them.

“It will be difficult for them to even get business because the railway company also wants to make money and to make money they have to carry cargo. So, we have imported 200 wagons to move cargo. At least if we can’t move the cargos to Kano in a few months, we would have moved them to Kano. There will be Inland Container Dry Port (ICDP) in Ibadan where we will keep the cargo and if we keep it for more than two days the ICDP managers will charge the cargo owners. By the time we are able to extend it to Kano you will not hear about Apapa traffic again,” he said.

Amaechi also disclosed that the Minister of State for Transportation will directly supervise the maritime sector, while he focuses on railway.

“I asked about my achievement in maritime in my first term as minister and I was not convinced by what I was told because as far as I am concerned, I completely abandoned maritime. After a detailed discussion with the Minister of State for Transportation, we have agreed that she will supervise maritime directly this time why I focus on railway. I will only intervene if there are things I want to be done are not been executed.

“There are two key areas I have discussed with the president and I have told the president that I will be fully in charge of these areas. They are security and the single window and I have assured government that by the end of this year, Nigeria will have the single window. Yesterday we got approval to complete the $5.3 billion railway from Ibadan to Kano; we are also going to conclude the costal roads from Port Harcourt to Warri and Benin to Onitsha. We will also look at the possibility of reconstructing the Bonny Deep Sea Port and Warri sea ports. It came up again when it was asked at the FEC meeting if we complete the central rail line without the sea port in Warri it will not function well, hence the decision to construct the Warri sea port,” he said.

Also speaking, the Executive Secretary and Chief Executive Officer of the Nigerian Shippers Council (NSC), Hassan Bello disclosed that the council has negotiated and agreed with shipping companies to cut down their cost by 35 per cent by next month.

“Cost is driving cargo out of Nigeria ports; we have to have a comparative advantage because we are actually competing with other ports in neighboring countries and this is sometimes lost to many people. We have negotiated with the shipping companies and 35 per cent of the cost as we know them today will disappear by next month.

“I am appealing to the terminal operators to also come onboard, so that we can discuss the cost. The government owes responsibility to the private sector, to create conducive atmosphere for their operation. The operating environment in Nigeria is a little bit harsh and I am being very modest about this. Government most improve on infrastructure and this is what we have been crying about in Apapa for example, “he stated. 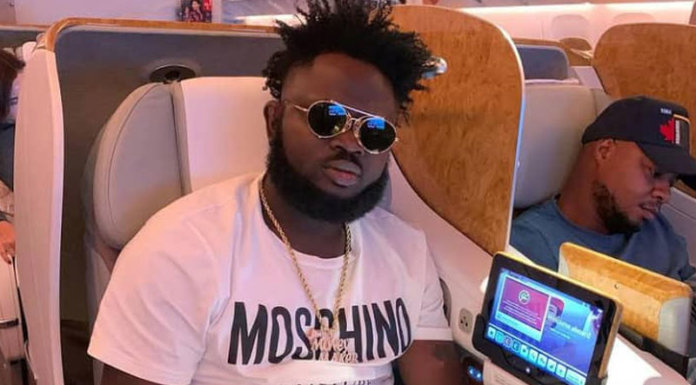