The United Nations yesterday lamented over the spate of killings in Nigeria noting that over 1,400 people have been killed as a result of kidnapping and banditry within a period of six months.

The UN Country Director, Edward Kallon disclosed this in Makurdi, the Benue State capital at a meeting with Governor Samuel Ortom.

Kallon added that killings by armed herdsmen and bandits outweigh killings by the Book Haram terrorist in the country.

“Pockets of conflicts and insecurity in the country at large especially where I am today (Benue), the herders and farmers crisis and also kidnapping and banditry. This is now really getting out of hand.

“The last statistics I saw from the government was that over 1,400 people were killed as a result of kidnapping and banditry since the elections.

“This is not a pleasant statistics,” he said.

Kallon also claimed that institutional failure at all levels of governance is responsible for the killing of over 1,400 persons since March 2019, particularly by armed herdsmen, bandits, and kidnappings.

He, therefore, called on the government to pay attention to issues of insecurity.

“We all know the statistics and the menace of herders/farmers problems. There were more people killed by the herders and farmers crisis than the Boko Haram crisis in Nigeria.

“When I said this in Abuja, it was not being welcomed but that was one statistics we have. These are all due to weak institutions and governance deficit at the Federal, state and local level,” Kallon said.

Ortom, at the event claimed that those responsible for fashioning out a solution to herdsmen attacks choose to politicise the issue.

According to him, adopting the position of the National Economic Council, which recommended ranching is the best solution to animal husbandry

Kallon is in the state to follow up on earlier commitment by the UN to support the rehabilitation and resettlements programme for victims of herdsmen attacks in the state.

After signing the visitor’s register at the end of the meeting, the UN delegation moves to Gbajimba in Guma local council to take possession of the land donated to them by the state government for the rehabilitation projects to ensure these IDPs are properly reintegrated back to the society. 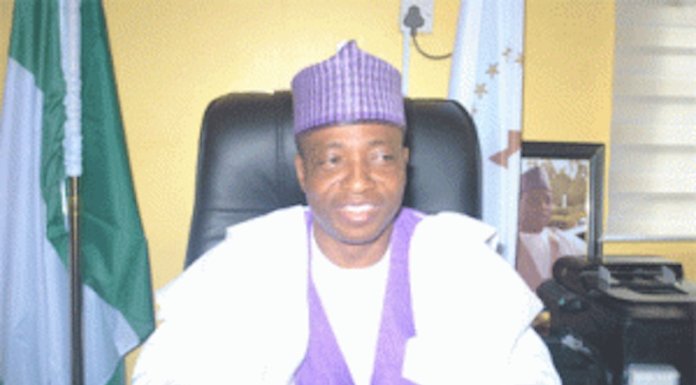