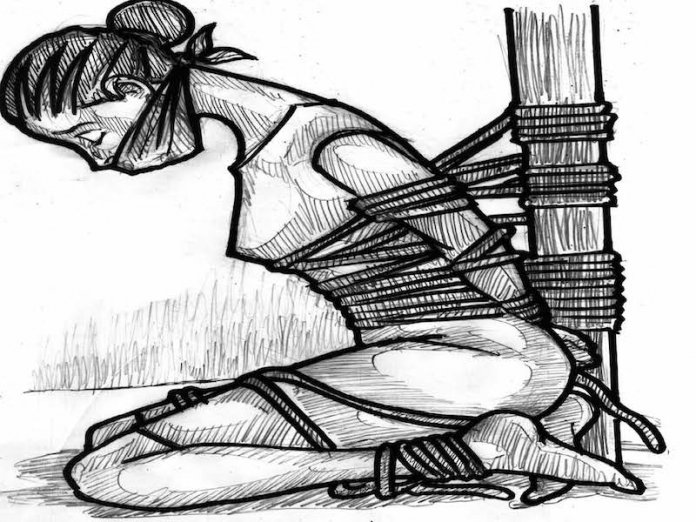 Government should make a determined effort to empower the people

This year’s marking of the United Nations-declared International Day for the Remembrance of Slave Trade and Its Abolition on August 23 produced an added significance in the form of President Muhammadu Buhari’s opinion on the subject. According to him, it was not enough to commemorate the 400th anniversary of the heinous business, rather, it should also be an opportunity to eradicate it in all its present modes and the world to plan to achieve true, lasting freedom for everyone.

No human being deserves to be a slave at any time, going by the definition of modern slavery. The Slavery Convention of the League of Nations adopted in 1926 put it succinctly thus: “The status or condition of a person over whom any or all of the powers attaching to the right of ownership are exercised. It refers to the situation of exploitation that a person cannot refuse or leave because of threats, violence, coercion, deception, and/or abuse of power.” By this classification, someone does not have to be in chains and ferried across the Atlantic Ocean or Sahara Desert to be a slave. He or she becomes one when transaction is made with him or her as commodity. To worsen the impact of the practice, the exchange could be with or without the victim’s prior knowledge, usually unaware of the full extent of the predicament at the beginning.

The case of Nigeria is indeed pathetic and needs greater attention than it attracts at the moment. The Global Slavery Index (GSI) released by the Walk Free Foundation (WFF) the other day presents embarrassing and disturbing statistics. Like its general population, the country is also host to the highest number of enslaved people in sub-Sahara Africa. The inclusion of 875,000 Nigerians in the estimated global figure of 40 million should be alarming enough to trigger both government and non-governmental action.

The breakdown of that sum shows that majority of the affected persons are forced into domestic, industrial and commercial labour, marriages or are simply given out to relations under innocuous circumstances. Not surprisingly, the shameful Nigerian profile is a reflection of the severity of the scourge across the African continent. Various relevant organisations have identified it as home to the largest prevalence of slavery on earth, with more than seven per cent of every 1000 people as victims, according to the 2017 report of WFF and International Labour Organisation (ILO), a situation that has not changed.

What makes the Nigerian condition more worrisome is its ignoble recognition as one of the world’s leading culprits in three critical areas of source, transit and destination. Europe and North Africa, in particular, have continued to benefit from the growing incidence of emigration among Nigerians in search of the proverbial greener pastures. But instead of actualising their dreams, many of them end up being sexually exploited – one of the most widespread forms of present-day captivity – or trapped in other ways. Sadly, not even stories of the tortuous and precarious journeys through the Sahara to Libya and, then, less frequently to Europe have been able to dissuade our young men and women from gambling with their lives. Consequently, many of them have caused themselves harm, brought sorrow to their relations and further tarnished the nation’s already battered international image.

Interestingly, the WFF gives the main factors promoting this contemporary bondage as poverty, economic crises, physical conflicts and environmental disasters. The abundant presence of these evils in Nigeria today requires bold, well-designed and executed government interventions which could hopefully serve as catalysts for more productive involvement of the private sector in this campaign. Only concerted, collaborative efforts aimed at empowering the populace and restoring the dignity of the citizenry can effectively curb or eliminate the current manifestations of servitude.