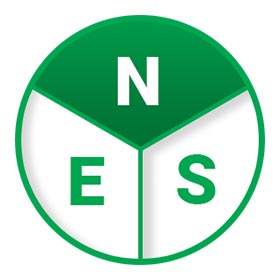 A group of economic experts under the aegis of Nigerian Economic Society (NES) has called on President Muhammadu Buhari to assemble a team of versatile economists who are vast in policy formulation and implementation, to tackle poverty and unemployment currently ravaging the country.

NES, which made the call in Abuja while briefing the press ahead of its 60th annual conference slated for September 16, 2019, also noted that it was high time ministers, judicial officers, National Assembly members and other government functionaries came together to find lasting solution to varying degrees of challenges facing the country. The President of NES, Prof. Tamunopriye Agioberebo, who was represented at the briefing by a member and lecturer at the University of Abuja, Prof. Sarah Anyanwu, expressed the concern of the members about the increasing poverty and unemployment rate in Africa.

Agioberebo explained that the conference with the theme: ‘Economic Policies and Quality of Life in Africa’, has been structured in a way that would proffer solutions to numerous challenges facing African countries, particularly Nigeria.

He expressed concerns on how quality of life has been a mirage in most African countries, saying: “The burgeoning rate of unemployment corroborates the argument of an existence of huge and significant disconnect between the growth rate of Gross Domestic Product (GDP) per capita and the quality of life indicators.”

According to him, “The country’s low life expectancy at birth, which averaged a mere 53 years; low adult literacy rate, which averaged 66.9 per cent between 2010 and 2017, high and disturbing rising incidence of poverty which averaged about 77.6 per cent between 2010 and 2017, the burgeoning rate of unemployment, all largely serve to corroborate the argument of an existence of huge and significant disconnect between the growth rate of GDP per capita and the quality of life indicators.

“It is now 60 years since the first annual conference of the Nigerian Economic Society, and with the African Development Bank’s renewed interest in rekindling the theoretical and empirical discourse on Quality of Life indicators, coupled with the bank’s renewed interest in the practice of using Quality of Life indicators to evaluate the socio-economic outcomes of developmental policies, it is expected that the quality of life of the Africa people would improve.”