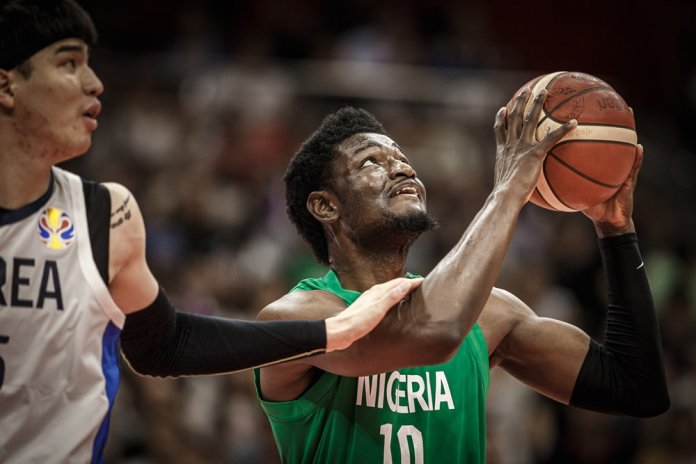 President Muhammadu Buhari Monday said he joined Nigerians and basketball fans all over the world to celebrate D’Tigers for securing the ticket to the 2020 Olympic Games in Tokyo, Japan.

D’Tigers defeated host China 86-73 in the classification match of the 2019 FIBA World Cup in Guangzhou on Sunday to claim the sole ticket for Africa to the men’s basketball event of the Olympiad.

According to a statement by his spokesman, Mr. Femi Adesina, Buhari congratulated the team on what he described as the energetic, resilient and skillful outing “that saw them out-playing and out-pacing opponents during the tournament, assuring the team that the nation remains proud of them.”

Adesina said the president also commended officials and technical hands for the commitment and investments in ensuring that the D’Tigers emerged victorious with all the odds of playing against the China before their home fans in Guangzhou.

The statement added that as the team prepares for the Tokyo Olympics, Buhari noted that with more dedication, training and focus, D’Tigers would surprise the world.

Meanwhile, the Nigerian Basketball Federation (NBBF) has thanked President Buhari and the Minister of Youth and Sports Development, Sunday Dare, for the feat of qualifying for the Olympic Games.

Speaking immediately after the team’s victory against China, NBBF President, Musa Kida said putting up a good show would not have been possible without the fatherly roles of President Buhari and the Sports Minister.

Kida revealed that Federal Government through the Minister called minutes before the win or burst game to encourage the team as well as brace them up for the challenge ahead.

Commending the President and the Minister, Kida said “The Honorable Minister called back after the match, spoke to them and thanked them on behalf of 200 million Nigerians and the President of the Federal Republic of Nigeria, His Excellency, Muhammadu Buhari”

Kida specifically highlighted government’s financial backing which made the 2019 World Cup campaign easier for the federation.

He said the gesture has shown the new policy direction of the Federal Government through the Ministry of Sports to recognize excellence.