The experts, however, asked the federal government to reconsider severing diplomatic ties with her South African counterpart provided the organised attacks on Nigerians and other foreigners living in the country continue.

Former Nigerian Ambassador to Germany, Prof. Tunde Adeniran; a former Director-General of Nigerian Institute of International Affairs; Prof. Bola Akinterinwa and a former Secretary-General of the Commonwealth of Nations, Chief Emeka Anyaoku and Emeritus Professor at the University of Ibadan, Prof. Adebunmi Ayoade made the recommendations in separate telephone intervews with THISDAY.

Adeniran, a professor of international relations at the University of Ibadan before his retirement, observed that the security and welfare of Nigerian citizens anywhere in the world should be the first priority of the federal government.

With the rising cases of xenophobic attacks in South Africa, Adeniran urged the administration of President Muhammadu Buhari to adopt a high level diplomatic effort “to resolve the various issues with the Government of South Africa.

“It will be good news to hear that President Buhari personally go to South Africa. Not a single Nigerian life should be lost any longer. The best solution is through diplomatic channels in view of the spillover effects of other alternative course of action by the two key African countries.”

However, the professor suggested that appropriate sanctions “will normally follow if diplomacy fails. But it is not proper for me to disclose what to do on the pages of newspapers. Some other people could do that.”

Akinterinwa, NIIA’s immediate past director-general, recommended two approaches to resolve strained relations between the governments of Nigeria and South African with the dimension the xenophobic attacks had taken.
He, first, suggested the need to address the issues at the level of people to people, noting that with the reprisal on ShopRite in Lekki, the xenophobic violence “is already people-to-people in dimension.”

With this reprisal, Akinterinwa observed that the federal government “cannot ask the Government of South Africa for compensation again. Who will pay for the attack on ShopRite in Lekki? Apparently, the damage done to Lekki is far more than the damage Nigerians suffered in South Africa.”

He, also, proposed that the crisis “should be addressed at the level of government to government. The decision of the federal government to recall Nigerian High Commissioner to South Africa is good. But it is not good enough. The decision to withdraw from the World Economic Forum is perfectly okay.

“Yet, it is not good enough. What will be good enough is to allow another week of consultation to arrive at a compromise between the Governments of Nigeria and South Africa. The outcome of the consultation will determine whether Nigeria should sever diplomatic ties with South Africa.”

In this case, the foreign policy expert noted that Nigeria “needs minimum due respect. Attacks on Nigerians living in South Africa cannot continue.”

“Let there be a continental integration without South Africa. Xenophobia is not only an impediment to African integration, but also a new phase of apartheid not by the White, but by new black slaves,” he explained.

Ayoade, former Director of Studies, Centre for Democratic Studies (CDS), noted that the civil strife in South Africa “manifesting as targeting Nigerians is so complex that the approach of instant history by general citizen pundits must of necessity miss the mark.”

He argued that no civil strife “has either a homogeneous actor or a single victim. Neither is it mono-causal nor traceable to immediate causes alone.”

In all poor societies, the emeritus professor noted that economic competition “is fiercest at the lowest economic stratum and the poor are the least economically tolerant. The poorest are the most threatened and easily unhinged because they have little to lose.

“Foreigners who compete at the lower stratum are therefore most at risk particularly if and when they make themselves highly visible advertently or inadvertently by conspicuous consumption or perceived criminality. Foreigners must therefore imbibe the culture of positive comportment just as the host must learn to be hospitable.”

Anyaoku, who played a major role in the negotiations that ended apartheid and brought about democracy in South Africa, urged the two governments to immediately establish a bilateral commission that will be meeting regularly to ensure protection of the two countries’ national interests.

Anyaoku urged the South African Government “to back up its condemnation of these ugly incidents with strong action by its security agencies.”

He noted that the federal government in pursuance of its consular obligations to Nigerian citizens abroad should seek the firmest assurance from South Africa to take all necessary steps to protect Nigerians and other Africans residing and doing business legally in South Africa. 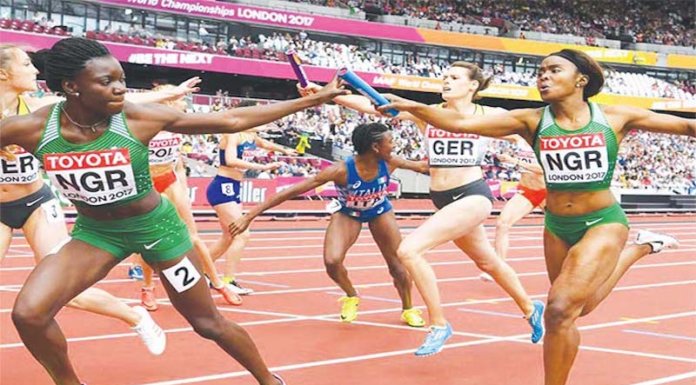