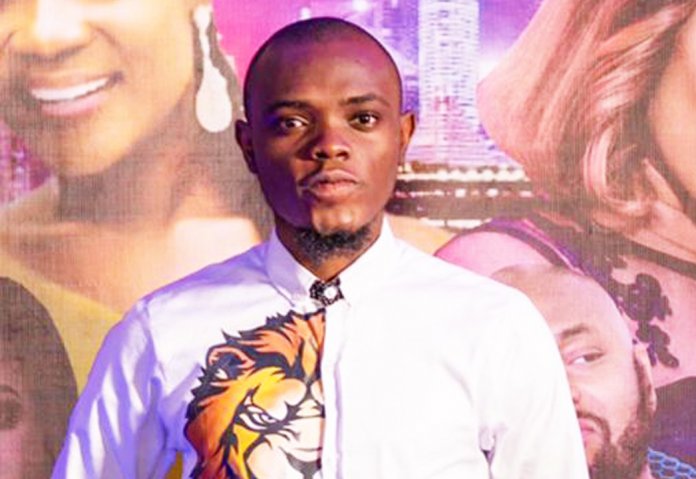 Erhahon Edward Osaretinmwen better known as Eddy Young in the film industry is passionate about his craft and quite ambitious about making a mark in the industry in terms of movie production and directing. Eddy Young who has been part of some major movie projects since his emergence in 2011 appears to have acquired a huge amount of experience to take on bigger projects. He has his eyes set for the bigger pictures. The young movie practitioner, who has just landed his first big movie Kasanova, is on a drive to be part of the revolution in the industry. His intuitiveness as a promising filmmaker shone through in this chat with Ferdinand Ekechukwu

What did you study in school?

(Laughs) I really had to laugh but maybe you will get to understand why.  So I studied Adult and Non- Formal Education in the University of Benin. So why I laughed – I grew up like every other teenager in my generation thinking we must study the big courses to survive, you know like I wanted to study Law as a backup plan if my dream for film didn’t pull through, but UNIBEN humbled that dream by giving me another course to study.

How did your Nollywood journey begin?

My Journey began while I was in secondary school. I walked into a rehearsal for my school stage play, and my intention was just to have a glimpse of the play but the director asked that I took a role, and I did really well and soon enough the whole school wanted me on every school play. I actually grew up wanting to be an actor but along the line, I found love for being behind the camera as a producer and director. I haven’t had my directorial debut but very soon.

In what ways have you been affected since you found yourself in an industry where you had no prior training or background knowledge of the field?

I really look forward to taking a film course sooner or later, I would love to do as much theory as to match some practical I have done and witnessed. I certainly want to take this on a more professional course. The industry isn’t as sweet as we will hope it to be but we do what we do for the love of art and we want to be part of the Nollywood story. I have had lots of safe training and practical training. Currently working with Faith OJO’s Fojo media as the manager of the company and we have been working tirelessly this year. I produced Kasanova in January 2019 and it is set to be released 13th September 2019.  That’s practically where I am at the moment in the industry.

What has the experience been like working in the industry as a young producer/assistant director since you haven’t had your directorial debut yet?

I haven’t been part of the directing process in any way.  But as a young producer, it has been the most challenging process of my life. People don’t believe you can do things right and a lot of people don’t want to take a chance on you forgetting that even the most experienced also had a first time. I have had to do lots of personal sponsored projects just to help build a profile and when the opportunity finally came courtesy of Faith Ojo I just had to prove myself.  But so far it’s been an exciting experience working with exciting actors, brilliant crew members and kept contact with awesome industry practitioners.

What form of challenges do you often encounter being a young movie practitioner in the industry?

As a young filmmaker, you will expect that you will have the support of so many industry practitioners but rather some are actually out to collect the little you have in terms of who you know and what you know.  But the Good thing is we still have some really good industry Role models and mentors.

What was your aspiration growing up as a child?

Growing up, I really wanted to be a lawyer; in fact while in Junior Secondary School, I will write my name as Barrister Eddy. But then I found my talent and groomed it.

What’s your dream goal as a young movie practitioner?

I’m in love with the art of film making and I want to be part of the revolution going on in the industry, in terms of quality in our productions and putting Nollywood in the map. I am convinced that in no time I will be doing more artistic works that the industry will be proud of.  I actually have a dream project for the IDP’s but that’s something for another day.

Knowing that you look forward to working with the established names in the industry which one of the filmmakers interests you and why so?

Interestingly, I have a lot on my list but please permit me to mention four of them – Kemi Adetiba, Kunle Afolayan, Robert Peters and Judith Audu.

What is it about these filmmakers and their works that strike you; in what ways would you want to be like them?

Well, for Judith Audu, she is one film maker that has done a whole lot out of so little and I admire that a lot. I can only imagine what she will do if she had the bank in her closet.  Kemi Adetiba, Kunle Afolayan and Robert Peters are very artistic and I badly want to do more of artistic works you know like Beast of No Nation, The Boy Who Harnessed the Wind, War Room and so many other artistic works. I really want to be known for pure arts.

What’s your idea of artistic creativity?

My perspective of being artistic simply means being more creative with my environment and all the happenings around the environment. A typical example would be exploring history and also aiding the advancement of technology. Artistic creativity sorts after change or deep thinking.

What’s your view about the genres of movies being churn out of Nollywood at the moment?

Well I personally think the audience or the market is a determining factor with the films we see now. The audience wants to laugh, they want feel good comedy.

You will agree with me that three of our highest grossing movies in the industry at the moment are all comedy. Nevertheless I feel like we filmmakers are willing to do more, we are willing to do challenging films but our fear is if the market or the audience are ready for what seems impossible.

ECOWAS Protocols and Regional Insecurity: Right of Establishment versus Armed Banditry in Nigeria