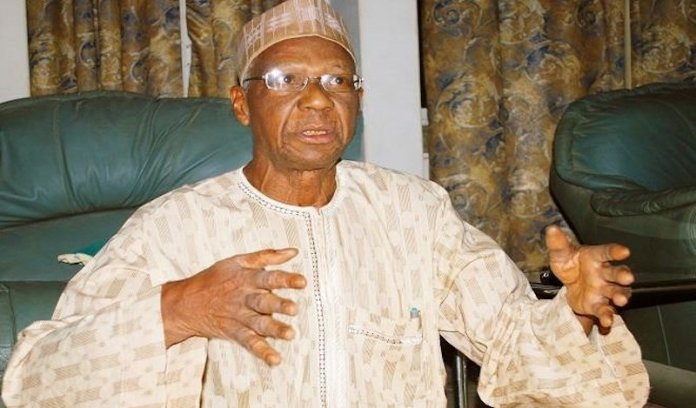 The Nigerian Financial Intelligence Unit (NFIU) has vowed to go after Chinese and India Companies engaging in illegal mining in the country.

The anti-graft agency also said it had decided to go after foreign Non Governmental Organisations (NGOs) involved in the proliferation of weapons with a view to ensuring that they are deregistered.

The Director of NFIU, Mr. Modibbo Hamman-Tukur, disclosed this on Tuesday in Abuja during the 2019 Sub-regional Conference on Illicit Financial Flow and Assets Recovery with the theme, ‘Increasing Citizens’ Participation in Curving the Illicit Flow and Repatriation of Stolen Funds within and from West Africa’, organised by Human Environmental Development Agenda (HEDA).

He stressed that the India and Chinese companies that disguised as construction companies would all be brought to justice.

Hamman-Tukur stated: “This point, I want to look at overseas countries that are operating and doing a lot of criminal activities in this country. We have started compiling records of Chinese Companies, India companies that are doing illegal mining. They are mining salt in some places, in some places they are mining lead and we have those records and we are working on them.

“Some of them take the guise by pretending they are construction companies, that is not the way to go. Very soon they will be brought to justice.”

Hamman-Tukur also revealed that the anti-graft agency has started reversing some of the transactions of the people arrested in the United States for internet scam.

According to him, as recent as Friday, we were still reversing some of the transactions of those few people arrested in the US, reversing the monies back to their main coffers.

Hamman-Tukur stressed that the country presently had over 52,000 registered NGOs in its database, noting that the NGOs that are not qualified would be deregistered, and would not allow to function again.

The anti-graft boss said that the agency had already had meeting with the Corporate Affairs Commission, as part of collaboration to deregister all the fake NGOs.

He added, “NGOs that have been caught in terrorism financing investigation will also be removed from existence. NGOs have been found in issues and areas of proliferation of weapons, intermittent and short rage weapons, though most of them are foreign, they will be deregistered.

Earlier, the Executive Director of HEDA, Mr. Olarenwaju Suraju, challenged the FBI, the CIA and the City Service in the UK to also expose those who steal money from Africa to foreign countries, the same way they identified Nigerians involved in internet fraud.

He added, “We want to see them naming, shaming and possibly prosecuting those who are responsible for the movement of funds meant for development in West Africa and Africa as a whole to many of the developed countries so that we can start developing our system and reducing the level of criminality both here and abroad.”