It was a positive performance at the equities market last week as the market pared losses of the previous weeks to gain  3.25 per cent, following bargain hunting in bellwether stocks.

Having declined to an unprecedented record low, the market recovered as investors moved in to take advantage of low valuations in a week that President Muhammadu Buhari swore-in the ministers that would help to drive fiscal policies.

Specifically, the Nigerian Stock Exchange (NSE) All-Share Index (ASI) that 1.40 per cent the previous week, appreciated by 3.25 per cent to close at 27,800.17, while market capitalisation added N83 billion to close at N13.5 trillion.

The market recorded gains in four out of the five trading days of the week. Although gains by bellwether such as Dangote Cement Plc, Nestle Nigeria Plc contributed to the positive performance, some analysts said the constitution of the federal government cabinet also contributed.

However, commenting on the allocation of portfolio to the various ministers, analyst at Afrinvest Research raised some doubts in the key ministries.

For instance, they said in the oil and gas industry where progress has been negligible for decades, President Buhari retained the position of minister of petroleum resources.

“In our opinion, the President lacks the agility and the skill set to transform the sector based on his performance in the same position for the past two years, hence momentum in the sector is expected to remain weak. We expect slow progress towards passing and implementing the reforms need to attract investment into the industry,” they stated.

Afrinvest, noted that in the Ministry of Finance, Budget and National Planning, the re-appointment of Zainab Ahmed, provides clarity on the direction of fiscal policies.

“Accordingly, we expect a sustained drive to boost tax collection to narrow the federal government’s widening fiscal deficit. But as we do not expect strong improvements in the short-term, we expect continued funding of deficits in the cheaper Eurobond market.

“The easy monetary policy in advanced markets makes this strategy even more compelling in the near term, but we note that currency risk lurks. In our view, this ministry remains one to watch as the federal government’s fiscal challenges would partially dictate the pace of improvement in the economy.

“The concern is whether the federal government would take necessary actions such as reining in spending and removing subsidies to free up more resources. In this regard, adopting the strategies employed during the first term of President Buhari would yield little progress,” they added.

Speaking on the Works & Housing and Transport Ministries, where Babatunde Fashola and Rotimi Amaechi respectively, retained their jobs, they stated they were, “optimistic of the continuity of current priority projects and faster completion times.”

“The key risk for these ministries is that capital releases may fall short of budget allocation as capital spending becomes increasingly discretionary in the face of weak revenue mobilisation and increasing recurrent expenditure,” they added.

According to Afrinvest, the Ministry for Industry, Trade and Investment is another important ministry under its watch.

“Foreign direct investment (FDI) into the country has dipped consistently from the peak of $8.9 billion in 2011 to $2.0 billion in 2018. Relative to the size of the economy, FDI has deteriorated from the peak of 3.2 per cent in 2009 to 0.5 per cent in 2018. There is a need to sustain business environment reforms, loosen regulations and promote liberalization of sectors to encourage the investment needed to boost growth significantly.

“We only saw progress in business environment reforms in the past four years, but regulation became tighter and the FG consolidated its hold on important sectors such as power and oil & gas,” they explained.

However, the Financial Services industry remained the most traded, leading the activity chat with 1.815 billion shares valued at N10.441 billion traded in 10,701 deals. The sector thus contributed 77.7 per cent and 52.9 per cent to the total equity turnover volume and value respectively. The Conglomerates industry followed with 197.802 million shares worth N286.209 million in 1,066 deals, while the third place was Industrial Goods industry that recorded a turnover of 100.366 million shares worth N2.176 billion in 788 deals.

Trading in the top three equities namely, Sovereign Trust Insurance Plc, Transnational Corporation of Nigeria Plc and Zenith Bank Plc accounted for 1.244 billion shares worth N3.348 billion in 2,907 deals. They contributed 53.2 per cent and 16.9 per cent to the total equity turnover volume and value respectively.

In the bond market, investors traded a total of 1,673 units of Federal Government Bonds valued at N1.674 million were traded  in 31 deals compared with a total of 4,009 units valued at N4.111 million transacted  two weeks in 16 deals

The price gainers’ chat was led by Ecobank Transnational Incorporated with 33.3 per cent, trailed by Oando Plc with 20.9 per cent. Fidelity Bank Plc chalked up 20 per cent just as UAC of Nigeria Plc garnered 18.8 per cent. Law Union & Rock Insurance Plc went up by 18.2 per cent, just as C & I Leasing Plc and Honeywell Flour Mills Plc gained 17.7 per cent and 14.5 per cent respectively. United Capital Plc and Transcorp Plc appreciated by 13.1 per cent in that order, while Chams Plc  closed 13.0 per cent higher.

Conversely, Okomu Oil Palm Plc led the price losers with 18.0 per cent, trailed by NCR(Nigeria) Plc with a decline of 14.6 per cent. LASACO Assurance Plc shed 12.1 per cent, while Continental Reinsurance Plc depreciated by 10.3 per cent. Tripple Gee & Company Plc ended the week 10 per cent lower. 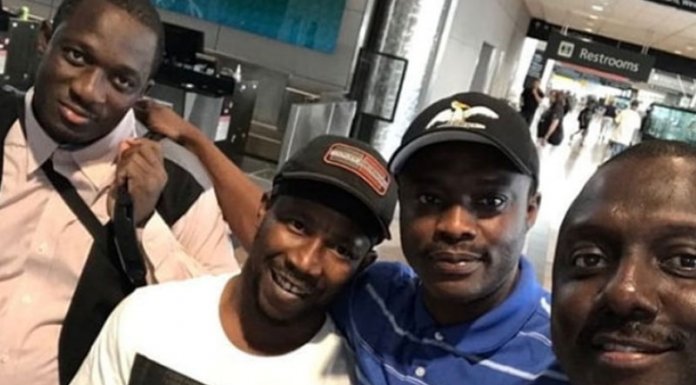 Why the Insecurity will Drag A Little longer