The stage is set for President Muhammadu Buhari and his main challenger in the February 23 presidential election, Alhaji Atiku Abubakar of the Peoples Democratic Party (PDP), to adopt their final addresses today in a petition by the latter and his party, challenging the victory of the president before the Presidential Election Petition Tribunal.

Meanwhile, Atiku yesterday failed to get the Supreme Court to sanction his request to inspect the central server of the Independent National Electoral Commission (INEC).

But he is unperturbed by the judgment, saying he expected such a verdict and he had taken proactive action during the hearing of the petition to prevent the outcome of his appeal on the matter from harming his case before the Presidential Election Petition Tribunal.

The apex court held that the request could not be granted because it was brought by Atiku after the parties had joined issues on the existence or otherwise of the server.

According to the unanimous judgment delivered by Justice Chima Nweze, the tribunal was in order in refusing to grant Atiku’s request at the time it was made so as not to prejudice other parties in the matter.
In addition, the apex court held that the appeal lacked merit because the appellants failed to prove how the decision of the tribunal was unfair to them.

Justice Nweze said a party could only complain of lack of fair hearing when the discretion of court was wrongly or arbitrarily used, adding that in this instant case, the tribunal used its discretion judicially and judiciously.
“I see no reason to depart from the decision of the lower court; the appeal is lacking in merit and is hereby dismissed,” Justice Nweze said.

However, the PDP candidate has said there is no cause for the alarm following the decision of the apex court as it relates to his petition at the tribunal.
Atiku, who spoke through his lead counsel at yesterday’s proceedings, Prof. Eyitayo Jegede (SAN), said this kind of decision was anticipated and that proactive action had been taken during the hearing of the petition.

Jegede said the issue of server, which was aimed at establishing that the election was rigged during collation of results, was thoroughly addressed through witnesses and documents tendered and admitted during the presentation of the petition.
He expressed optimism that the tribunal would do justice at the end of the day.

Atiku had approached the Supreme Court praying for an order to set aside the decision of the tribunal, which refused to compel INEC to allow him access to the central server allegedly used in the conduct of the presidential poll.

His counsel told the five-man panel of the apex court led by Justice Mohammed Datijo that access to the INEC’s central server was germane to the joint petition of Atiku and PDP and urged the court to grant the request by ordering the electoral body to allow access to its database.

However, President Muhammadu Buhari, represented by Chief Wole Olanipekun (SAN), asked the court to turn down the request and to dismiss the appeal on the ground that the appeal had become academic.

Olanipekun drew the attention of the court to the fact that the life of the appeal would expire tomorrow and even if the request were granted it would serve no purpose to the two petitioners since they had long closed their case.
Olanipekun further told the court that parties would today adopt their final written addresses at the tribunal after which a judgment date would be fixed.

Counsel to INEC, Mr. Yunus Usman (SAN), and that of the All Progressives Congress (APC), Mr. Charles Edosamwam, adopted Olanipekun’s position.
The tribunal in a ruling on June 24, refused to grant the request of the petitioners because doing so would amount to admitting the existence of the ‘controversial INEC central server.’

The tribunal in its ruling delivered by its Chairman, Justice Mohammed Garba, held that granting the application would be prejudice to the respondents in the petition.
Dissatisfied, the petitioners approached the Supreme Court to upturn the decision.
Also yesterday, the apex court struck out another appeal by Atiku and the PDP following the withdrawal of it by the two appellants.

At the resumed hearing of the appeal, Jegede had informed the court that the appeal having not been argued within 21 days allowed by law had become statute-barred.

The appeal SC/738/2019 was seeking to upturn the decision of the tribunal which held that the petitioners lost their right of objection to the APC’s application seeking the dismissal of their petition or expunge some parts of the petition having not filed a reply within the time prescribed by the law.

The withdrawal was not opposed by the respondents, INEC, Buhari and the APC.
Accordingly, Justice Datijo struck out the appeal. 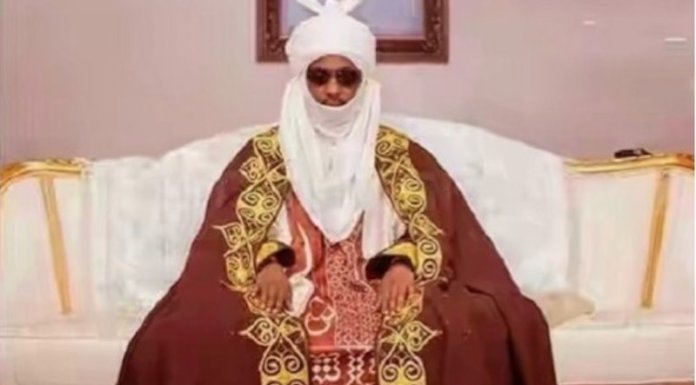