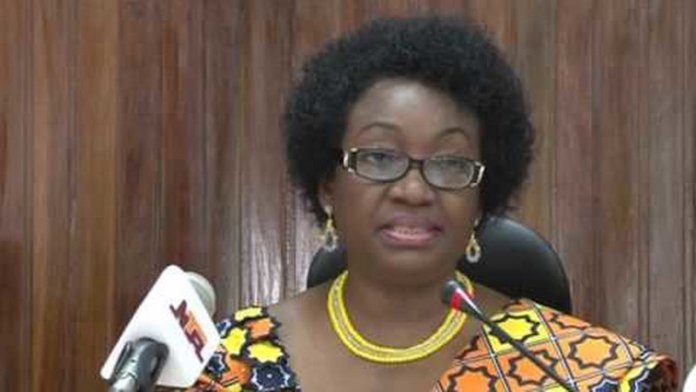 A group operating on the platform of Concerned Cross Riverians have risen in defence of the Head of Service of the Federal (HoSF), Mrs. Winifred Eyo-Ita, and the Chairman, Special Presidential Investigation Panel on Recovery of Public Assets (SPIP), Chief Okoi Obono-Obla, saying they are being persecuted, and investigated on trumped up charges.

The group alleged that the seemingly spontaneity with which both of them are being investigated indicated that there are people working assiduously to bring them down.

The group, in a statement by its Leader, Mr. Williams Eko, made available to journalists on Sunday in Calabar, said “It is a clear case of giving a dog a bad name so as to hang it.” Eko expressed surprise over how N600 million found in the account of a Project Accountant who is already undergoing investigation could be linked to Oyo-Ita.

“It is alleged that she embezzled N3 billion whereas N3 billion was the total annual budget for the Ministry of Special Duties. So, the Estacode/duty tour allowance certainly could not have taken up the whole budget of N3 billion. Didn’t the Ministry have recurrent expenditure, staff training, capital expenditure etc to attend to? So, there’s nothing like N3 billion fraud except that some powerful cabal are not happy with her…

“We know very ready, able and willing allies of the Chief of Staff are ranking Federal Permanent Secretaries eyeing the HoSF seat as replacement. She is 55 and has five more years to retirement, for goodness sake.”

The group challenged the cabal to show any property anywhere in Abuja the EFCC pasted their notice, and sealed that belongs to Oyo-Ita presumably in the last three years except that some people just want to criminalise her.

Commenting on the suspension and investigation of Obono-Obla, the group said President Muhammadu Buhari should step in immediately otherwise some powerful people in the presidency, and their cohorts who are allegedly behind everything would cover up the gracious cases of corruption Obla’s committee was working to unveil.

“We charge the President to step in and let the whole world see the truth if we are honest about fighting corruption and not just an issue of muddling up issues and elbow them out,” the group said.

Reacting to the development, a former governorship candidate of the defunct Democratic Front for Peoples Federation (DFPF), and now stalwart of the All Progressive Congress (APC), Mr. James Ebri, said the emerging facts surrounding the investigation of the duo suggested clear case of people wanting to get back at them.

“Yes it’s a clear case of witch-hunt. It looks like a situation where somebody is trying to fish for dirt. We know who could possibly set her up.

“Secondly when did we start looking for fronts on contracts properly executed, or finding out contracts awarded to friends and colleagues using fronts. I think the government needs to set up a body to look into the use of fronts for contracts by highly placed officials, and let us see how many of them will escape indictment. Witch-hunt is bad,” Ebri said.

Ebri added: “the issue of duty travel allowance (DTA) is an administrative thing that can be handled by laid down service procedure. If somebody took an excessive TDA, they will write you and let you know that you took too much. And you will have to respond. It may not be criminal, may be the way it was done may not be right and you are expected to correct it and even refund the excess amount.”

Speaking further on the issue, Ebri said:”Why are they trying to rubbish her and leaving out the head that was the accounting officer of the ministry.

“From what they are even saying, there is no direct money linked to her account, there are looking at other people’s account and calling her name instead.

“I am worried that this thing is becoming a pattern against people that are from the minority area of the country. They cannot fault her in the current job she is doing. They have gone looking for any possible mistake that can be linked and robbed on her.

“So many of us are projecting APC anti-corruption stance, and if we see that the thing or approach is correctly followed, we will support it. Especially this happening shortly after the Chief Justice of Nigeria (CJN) from Cross River State was removed for what had to do with code of conduct issues.

“Is it not the same Code of Conduct matter that they used against the former Senate President for over three years they could not remove him. The former CJN from the minority was removed over just a period of months.”