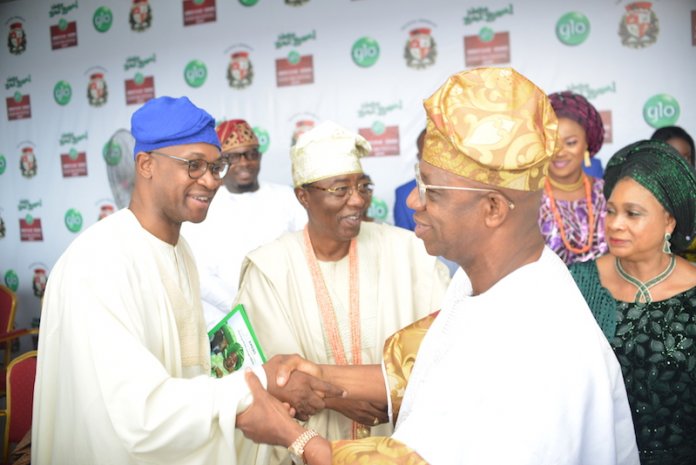 The 2019 edition of the annual Ojude Oba, a Yoruba festival held in Ijebu Ode on the third day after Eid al-Kabir, was again celebrated last week with its usual glitz and glamour.

The Ojude Oba, which in Ijebu dialect means, “the king’s forecourt,” is a major festival that began more than 100 years ago. It brings together all sons and daughters of Ijebuland in Nigeria and the diaspora for a carnival-like celebration of the traditional, cultural and spiritual accomplishments of the Ijebu nation.

During the festival, various age groups (popularly known as the Regberegbes), indigenes, their friends and associates from far and near – all in their colourful costumes and riding on horses – throng the palace of the Awujale of Ijebuland to pay homage to him amidst prayers and other fun-filled activities.

As expected, last week’s event was a showpiece befitting one of Nigeria’s most colourful traditional festivals. The excitement and wild celebration make it a spectacle that has continued to grow.
During the festival, the Ijebu spare no cost as they spend millions to dress themselves gaily and even more millions to celebrate and fete friends, relations and loved ones.

The Ojude Oba festival, is a unifying factor in Ijebuland where you find everyone coming together, including Christians, Moslems and traditional religion worshippers as the unity in Ijebuland has been attributed to the festival.
The array of dresses worn by both men and women is a hallmark of Ojude Oba, which reflects the rich Yoruba culture. It helps to preserve some traditional wears that would probably have been forgotten because they’re not the typical everyday clothes.

Ojude Oba has become a major economic activity for Ijebu Ode and its environs, with huge business transactions undertaken during this period.
The prominent presence of corporate organisations at the event was not surprising as the Ijebu have some of the leading entrepreneurs in the country.

One of the corporate organisations led by an Ijebu indigene is the First City Monument Bank, which as usual, made sure its presence was felt during the celebrations.
At this year’s edition, FCMB reiterated its commitment to support activities that promote and add value to Nigeria’s culture and heritage which are also capable of boosting tourism, trade and the hospitality sector.

In a goodwill message to the Awujale of Ijebuland, Oba Sikiru Adetona, the Founder of FCMB Group, who is also the Olori Omo-Oba Akile Ijebu, Otunba Olasubomi Balogun, expressed his gratitude to Oba Adetona for his selflessness, distinguished and exemplary leadership for the 59 years he has been the paramount ruler of Ijebuland, which makes him one of the longest reigning monarchs in Nigeria.
He stressed that, ‘’…being the Olori Ebi (the head of the family) and as your Olori Omo-Oba (the head of princes and princesses), I will continue to lead the way in showing our appreciation to you.

“As you extend yourself to our people’s different requests and yearnings, I wish to reiterate that the annual paying of homage, should not be the only occasion we should show our appreciation. This is because you have consistently earned our affection and our adulation.”
Meanwhile, the Group Chief Executive of FCMB Group Plc, Mr. Ladi Balogun said, “For us at FCMB, the Ojude Oba festival is not just another event. It is a pride to us, being a major platform through which we reaffirm our commitment to the community and promote our nation’s cultural diversity.

“We will continue to support all activities of the State with focus on the economy and social development. We are committed to the longevity of the Ojude Oba festival and are proud to be associated with its grandeur.’’ 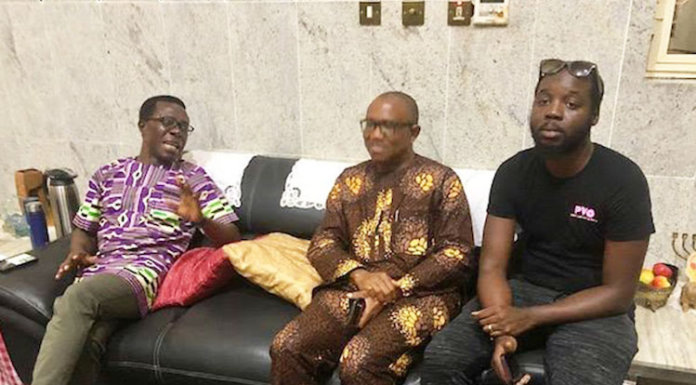