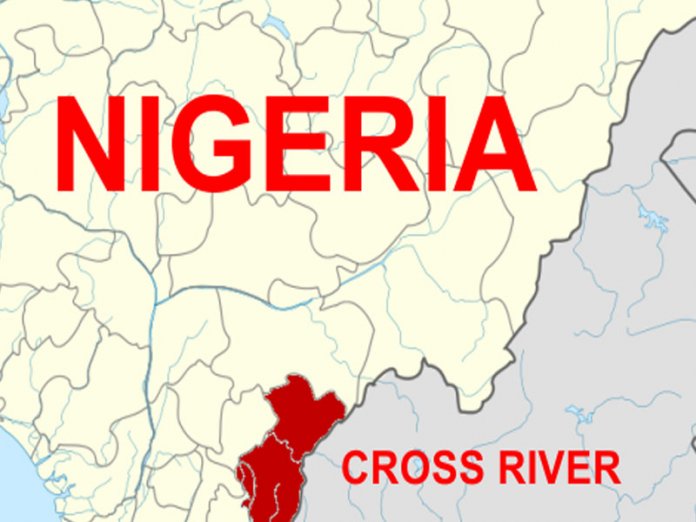 By Moses Obi and Paul Obi

Today, being the 18th of August, 2019, is a remarkable and historical day for the whole of Boki nation in Cross River Smtate and beyond. The day is primarily set aside as Boki New Yam Festival, where the Boki people thank and celebrate their God Almighty for blessings, enrichment and fertility. In the olden days, the celebration of Boki New Yam Festival was led by the worship and sacrifice to the gods of Asu Kechi and Ada Kechi, Nfam, Obol and the traditional masquerade, called Atam. But with the coming of the Catholic Irish Missionaries, a lot of Boki people have embraced Christianity and Catholicism, discarding some traditional worship of gods, while retaining the aesthetics and cultural milieu of the Bokyi people.

The New Yam Festival is celebrated with fanfare and celebration of life. It begins with harvesting of the new yam from the farm in the early morning of every 18th August, preceded with some sacrifice to specifically Asu Kechi and Ada Kechi. Today, many take their harvested new yam to Church, preferably the Catholic Church, where a Priest will preside over the thanksgiving and celebration. Then, this is followed with cooking of pounded yam alongside vegetable soup, mainly Eruru Soup, known as Afang Soup by the Efik/Ibibios and Okazi Soup by the Igbos. Boki is blessed with the highest concentration of Eruru/Afang/Okazi leaf. The pounded yam could also go with Egusi Soup or Bene Seed Soup. The cooking is followed by feeding visitors, drinking of Palm Wine, dancing of traditional dance such as Kokoma and Eyantu. The retention of these cultural norms foster bond, unity, love and a communal sense that enhance development among the Boki people.

In retaining those cultural and tradition totems and practices, there is a sense of nostalgic and historical summoning of our glorious past and an endowed and blessed future. Boki nation, geographically located in one of Africa last surviving rain forest in Cross River Central stretching from the Camerouns, Bordering Etung, Ikom, Obudu and Ogoja. Boki landmass is approximately 3000 square kilometres, making it the second largest landmass after Akamkpa and bigger than the whole of Lagos State.

Boki thrives in both subsistence and commercial farming such that Boki is the highest producer of yam, cassava, plaintain, banana, pineapple, maize, fruits, melon. On cash crops, Boki is the second highest producer of Cocoa after Etung, Timber, Kolanut, and other economic trees. In wildlife, Boki is the best attraction for conservation and wildlife enthusiasts and a tourist centre of international repute. Today, Boki host the Cross River National Park, the Okwargon National Park, Drill Range, Buanchor, Agba Hills and Cave, Afi Wildlife Santuary, Oku-Buanakong Boadi in Oku and the magnificent edifice of St. Patrick’s Pro-cathedral in Kakwagom built by the Catholic Irish Missionaries.

Boki people are farmers, professionals, industrialists, entrepreneurs, business men and women, entertainers, artists, sports men and women. Boki people are honest, trust worthy, hard working, go-getters, adventurists, peaceful, welcoming and lovely people. Our women are beautiful, strong people, well nurtured and good home care givers.We are asset to Nigeria and Cross River State and the world in general. It is therefore not out of place that Boki people are often referred as the Igbo of Cross River State.

On civilization, the Catholic Church was the pathfinder and architect of civilization in Boki land. With the building and commencement of St. Patrick’s Primary School around the 1920s in Kakwagom, Boki became the centre of education and civilization. Education brought persons from far and near to Boki. The Irish Catholic Priests also built the first modern market called Father Market in Kakwagom. The influence of Bishops Joseph Shanahan and Thomas McGetrrick assisted in no small measure to spread education in Boki and other parts of Ogoja Catholoc Diocese. In fact, the first indigenous Catholic Bishop of Enugu Diocese, late Bishop John Cross Ayogu was a teacher and cathetist hovering between St. Benedict in Ogoja and St. Patrick in Kakwagom, Boki. It was these combined efforts that helped Boki to embrace education from their hearts. With that also, Boki has the highest concentration of Catholic Priests and Reverend Sisters in the Calabar Ecclesiastes Province.

Even with this array of professionals, and notwithstanding the high turn of Catholic Priests and lawyers, Boki is yet to produce a Catholic Bishop and a Senior Advocate of Nigeria(SAN). Though the likes of Barr Jake Otu Enyia, Barr (Mrs) Patricia Obi and Barr George Ekpungu have PhD in Law, it is a challenge that should be thrown to the Boki lawyers, given that appointment of a catholic Bishop is a spiritual ritual with influence from only the Vatican City.

Politically, Boki has not faired badly since the return of democracy in 1999. In 1999, Boki produced a senator, alongside the state party chairman. Between 2003 and 2015, Boki had Hon. Eddy Ogon and Hon. Chris Eta in the House of Representatives with other plumb positions. Over the years, the Ochìbè Bokyi, the highest socio-political decision-making body for the Boki people has continued to navigate and stir the ship of leadership of the Boki nation for peace, unity and development. In several instances, the Ochìbè Bokyi has initiated many progressives ventures with the aim of expanding the frontiers of economic growth and development. Even as there is still much to do, Ochìbè Bokyi has remained a rallying point for the Boki with many areas to still conquer.

For example it is unthinkable that when the Donald Duke administration was listing international tourist festivals in Cross River State, Boki New Yam Festival was deliberately ruled out, despite Boki being the highest producer of Yam in Cross River State. Yet, the state government can correct that anomaly and reset Boki New Yam Festival as an international event in the state.

Regrettably, despite the enormous contribution of Boki nation to Nigeria and Cross River State, she has not benefited equally in terms of development and social amenities. Beside efforts by the Sen. Liyel Imoke’s administration extending the tarred road from Okundi to Iso-Bendeghe, not much has been done on roads construction. Efforts by the Niger Delta Development Commission(NDDC) under the then Board Chairman, Sen. Victor Ndoma-Egba, SAN, OFR and constituency projects initiated by Sen. John Owan Enoh have changed Boki, but is still expected. The major road linking nearly 30 per cent of Boki, from Okundi through Kakwagom-Bawop-Oku to Ogoja junction has been abandoned for years. There are no federal presence in Boki, no tertiary educational and health facilities in Boki, leaving the people to suffer. The commercial agriculture farms have ushered in militancy in Boki where political thugs battle each other for supremacy and takeover on behalf of their proxy political buccaneers in Abuja and Calabar. With about 65 communities, it is unthinkable that Boki is just a single local government; Boki deserves at least six local government areas to include, Abo Clan, Osokom I Clan, Osokom II Clan, Eastern Boki, Irruan Clan and the Nsadop, Boje and Iso-Bendeghe Clan and a federal constituency of its own.

Even at that, there is much to celebrate and jubilate about Boki and even thank God for the abundant blessings, he bestowed on Boki people. As Boki people celebrate her New Yam Festival, let us embrace peace; use our God’s given talents to serve humanity, pursue the best and highest goals the world can offer. While we commend Gov. Ben Ayade administration for recognising Boki sons and daughters with appointments to strategic positions in the last administration, we urge him to continue with that trend and also focus on the infrastructural development of Boki. Specifically, we called for the construction of the Boki West and Eastern Boki Link Road. The linking of Kakwagom – Ogoja Junction Road, the completion of the Irruan Water Dam, establishment of a General Hospital and a tertiary educational institution and the preservation of our ecosystem and topography. Happy New Yam Festival to all Boki sons and Daughters. Banèt Bokyì Ku’in Kanòñ

*Major General Moses Obi (rtd) is a Civil-Military Advisor, UN OCHA Nigeria and Chairman of Ochibe Bokyi, while Paul Obi is an Abuja based Journalist