The All Africa Music Awards (AFRIMA) announced this week that it recorded an impressive entry for its sixth edition. The organisers stated that it received 8,157 songs/videos on its online portal as entry submission closed at 1159 hour (WAT) on Friday, August 2, 2019. “This year’s submission,” the press release reads, “continues in the record-setting precedent of previous editions amassing the highest number of entries from African artistes, music producers, songwriters, Disc Jockeys (DJs), and video directors among others, since the inception of the biggest music event in Africa.”

This is good news for the awards which is in partnership with the African Union Commission, AUC. The submissions according to the organisers exceeded that of last year by 148 entries. It disclosed that it received the highest number of entries from Western Africa followed by Southern Africa. The least came from Northern Africa.

In its usual tradition, it flew in the 13-man International Jury of AFRIMA on Wednesday, August 7, who will screen, categorise,assess, grade and finally select the works that will make the 36 different Regional and Continental awarding categories.
However, the sudden withdrawal of the hosting rights from Ghana last week is still discussed in close quarters. Ghana hosted the awards last year after winning the hosting rights. It was supposed to host the awards for two more years before its rights expires. But the International Committee of AFRIMA citing the country’s inability to meet the financial and contractual obligations entered into on July 12, 2018, withdrew the rights.

To be fair, the decision was only reached on July 15, after several months of meetings and consultations with relevant stakeholders to remedy the situation. The organisers also alleged that Ghana delivered a disappointing show last year.

This piece of news is not surprising to pundits who had earlier predicted that AFRIMA can only hold successfully in Nigeria. Not necessarily because the market is in Nigeria but because of the logistics that comes with hosting a show of such magnitude. It will be a herculean task to sell the idea to other African countries who are still grappling with other economic demands. As a continental event, the awards was structured in such a way that countries bid to host the awards. If victorious, the country will play host to the awards for a three-year period. Nigeria won the first hosting rights in 2014. Its tenure was extended by a year due to the Lagos State government recognition of the awards as a good tourism product.

No doubt, AFRIMA boosts the tourism of its host country as highlighted in the statement made by the International Advisor, AFRIMA, Mr. Rikki Stein. “As an awards owned for the African people, it is structured to travel around the continent, giving the people the true African experience. We have some fond memories of our time in Ghana, immersing ourselves in the lifestyle and music and we have formed great friendships among the Ghanaian people. We look forward to returning to Ghana at a more opportune time.

“However, we cannot afford to compromise the standard of the laudable vision of AFRIMA to create a truly African brand that connects Africans and build the equity of Africa. The situation faced in Ghana has the potential to erode the goodwill and giant strides we have achieved in Africa through the awards”.

While the backing of the AUC was a good marketing tool, AFRIMA is yet to become an iconic name in Nigeria. This is not in anyway deriding the efforts of the organisers. If anything, Mike Dada and his team should be commended for conceiving a unique awards ceremony that celebrates and rewards talents in the content. It has been able to bring talents together and expose other unknown parts of Africa to the rest of Africa.

Nevertheless, the International Committee of the awards has assured the public that it will announce the new host country sometime this month.

For now, the awards is applauded for its recent milestone. The Head of the Culture Division of the AUC, Angela Martins, said that the Pan-African initiative and music platform is gaining greater momentum, continental visibility and recognition by the high number of entries received.
AFRIMA holds in the month of November and is a four-day event that include a city tour, music business summit, parties and the main award ceremony. 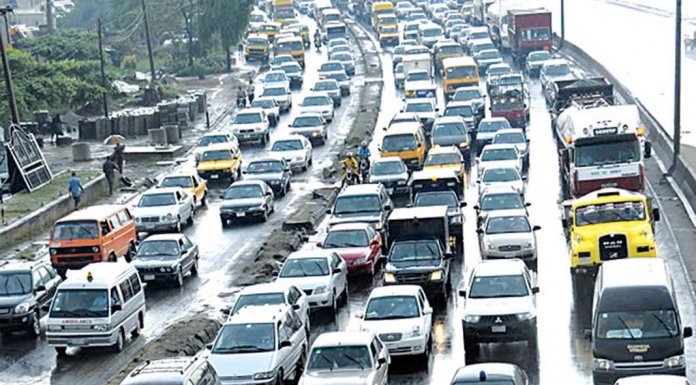