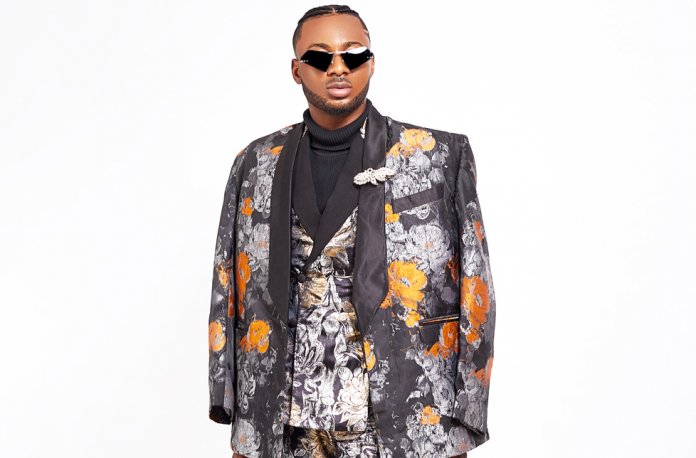 Taiwo Adeyemi is a young talented actor with spirit of excellence, poise and craftsmanship. He features in both Yoruba and English movies and in a wide array of works. With multiple awards and nominations to his name, Taiwo is the next big thing in the industry. He shares with Tosin Clegg how he started his journey, his uncle’s influence in his career, works so far and more

Taiwo Adeyemi is a young man in his 20s with big dreams; who is fun and loving. He makes sure he leaves positive impacts on anyone he meets and he also gets one or two things from whoever he meets. Anything he does is done diligently. Growing up was fun and no one told me about adulthood. I was born a twin (First born), lost my twin brother when we were three years old. So, I was the only child of the family for more than eight years. I had everything I wanted. Now, I have three siblings. I was dreaming of becoming a doctor, as a kid, but here we are, I’m an environmentalist and an actor. I started school early from Tessco Montessori School, Olonode Alagomeji, Yaba, Lagos. Then, I went to LivingStone College Ikorodu and also Witfield College, Festac Town. I tried getting into Unilorin but I wasn’t given admission so I decided to go to National Open University where I studied Environmental Science and Resource Management.

What acting means to me

Acting is a beautiful art or process of becoming someone else so convincingly for a while. To me, it’s a religion; you must believe in it, you must practice it well then it becomes a part of you. I started acting in 2014 and that was on my Uncle’s movie set “George Brown”. As at that time, I was working with an online rental agency which was a nineto five job, but I used to create time to be with my uncle Korede Wealth Obasan whenever he wanted to shoot his movies.

So this time, I was with him as usual, and the director needed a secondary school student in the movie so he came to meet me and asked if I could give it a try. It was hard for me to accept because I was going to shave off my beards, but eventually I did. The movie came out in late 2015 and everyone started calling me to tell me they saw me in a movie. It was strange to me. After that, we shot another movie in 2015 and from then, I started loving the process. I started practicing on my own, people started referring me to producers and directors and here we are today; still in that process.

I wouldn’t say I have a big break yet but I would say movies that people talk about all the time are George Brown by Korede Wealth, Flakky Ijaya by Ronke Odusanya and Purple But Not Purple by Yvonne Jegede. Motherhood and Helpline, as well, are part of the movies being talked about.

It felt really weird. I wasn’t audible enough. I was nervous, I almost passed out. Each time I remember that now, I just laugh at myself, mainly because I had to be on the secondary school uniform, no beards, and with many people behind the cameras. I wasn’t projecting at all. I was so nervous that I almost passed out. We had like six takes before I eventually got the lines right. But my uncle and the director were really encouraging; they told me I could do it. They were really patient with me till I got it right.

Lowest moment in my career as an actor

It was when I went for a movie shoot that was supposed to take seven days. I was there from the day one to day six of the shoot, just for the producer to tell me ‘Taiwo, I’m really sorry, I don’t think you’ll be able to work on this set because we’ve found someone who’s more known than you are’ and I was like ‘oh really, after spending six days with you here?’ And the most painful thing was the producer was the one chasing me around with the script before the production. So, it wasn’t as if I was begging for the role or so. I felt really debased, but then my uncle told me, ‘Taiwo, move on, it’s one of those things.’

Majorly, the fact that some filmmakers won’t cast actors based on their ability to interpret their roles well, but based on ‘this person is my friend’ is a major challenge to me. I’m not the type of person that wants to be friends with everybody; it’s not pride, it’s just that not everyone in your work place should be your friend. Work, get paid and go home. That’s what I do. But some filmmakers cast just their friends, they won’t even mind if it’s a wrong casting. And there is a lot of actors out there that are not even working  but some filmmakers would prefer to bring in comedians, singers etc, to be on their project. I understand that money has to be made, so they want to use these people to get their money back, but if we continue that way, dreams will be killed. We won’t have rising actors anymore. Even when a lot of actors go for auditions and turn their social media platforms to monologue series, some filmmakers will still watch, like and move on. Filmmakers should please give up-and-coming actors the chance to exhibit or showcase their talents.

Achievements in my career

In a few years

I see myself securing the biggest bags of money in the film industry, I see myself with international collaborations and getting lots of notable awards home and abroad. I see myself in Hollywood; Hollywood is the aim!