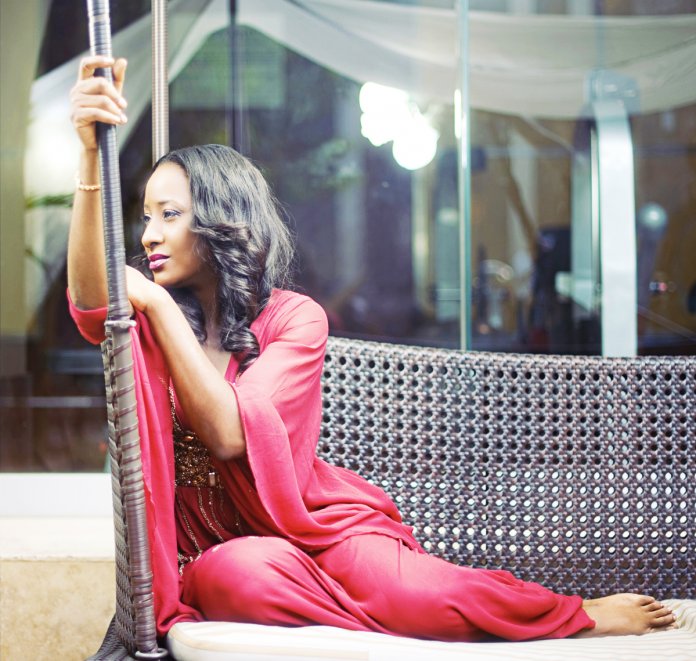 Typically in a class of her own, Iretiola Doyle’s character as a no-nonsense lady in the upcoming movie ‘Kasanova’ appears definitive of her true persona Ferdinand Ekechukwu reports

In a career that has spanned two decades in the Nigerian entertainment industry, Iretiola Doyle is one super actress with enduring credits across stage, television and film. A thoroughbred one can entrust with any role and even without pandering, expects a delivery that is equal to her money’s worth irrespective of how serious or slapdash the script is.

Ireti Doyle stars in Kasanova as a no-nonsense lady who is quick to silence men who denigrate women like Wale Ojo’s Casanova character in Oluseyi Amuwa’s latest project. In typical rom-com fashion, the script, written by Tomi Adesina (Hakkunde) and Ugochukwu Israel will most likely see Doyle and Ojo’s characters end up together judging from the movie’s teaser.

A short synopsis of the movie shows that after the death of his childhood sweetheart and mother of his child, Femi Gbadamosi (Played by Wale Ojo) morphs into a full-blown Lagos playboy who has no problem in changing women. He decided to turn his life around when he meets Ms. Jessica (Ireti Doyle) who is a music instructor, but the only problem is this conflict with his son’s interest.

The teaser opens in a bar where Ireti’s character (Ms Jessica) overhears Femi (Wale Ojo) talking down on women to his friends, and she approaches him and literally calls him an idiot. “Good evening gentlemen, I’m so sorry to interrupt your conversation,” Ireti’s character tells Wale Ojo. “But has anybody ever told you that you sound like a complete idiot?!” The scene would then explode with a dramatic bang, and it’s accompanied by a native, war-ready sound.

Typically in a class of her own, Iretiola Doyle’s character as a no-nonsense lady in the upcoming movie ‘Kasanova’ appears archetypal of her true persona, but then emotion sometimes precedes. “Do you think you will ever love someone again,” Ojo’s character asks her as both have a quiet moment. To which she responds, “I have really been lucky with that thing called love.” But to Ojo, “I don’t think you get lucky, I think you get intention…”

As one of the most talented actors working in the industry, the veteran Ireti, as fondly called, no doubt, embodies a character to the best of her bests. You must have seen it of late in movies like Across The Niger, Sitanda, The Therapists, Fifty, The Arbitration, The Wedding Party, Dinner, and 1929 the Moses Eskor period drama revolving around the Aba Women’s Riot.

Iretiola currently stars as the enigmatic Sheila Ade-Williams in the MNET television series Tinsel. Her recent stage credits include The Vagina Monologues, Olorounbi The Musical and Hear Word and The Wives. Described as an ‘actor’s actor’ by her peers, she is known for pitch perfect performances. An accomplished writer, actor, producer and presenter, Ireti graduated from the University of Jos with a degree in Theatre Arts.