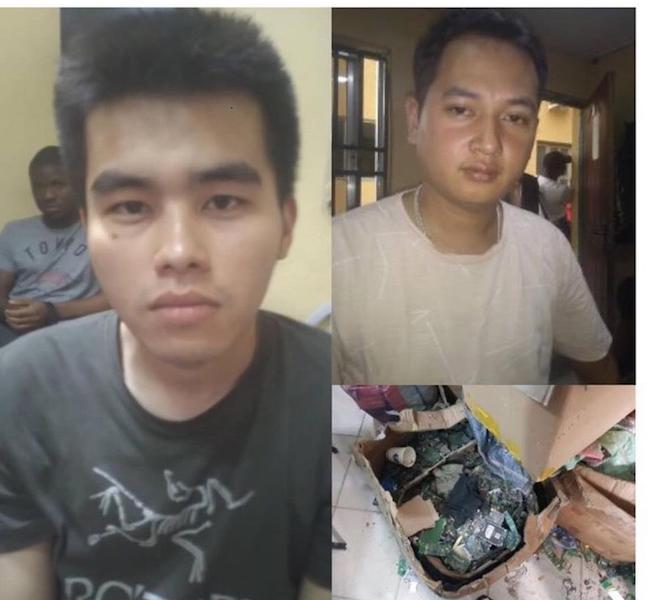 Operatives of the Area F of the Lagos State Police Command Tuesday uncovered a factory in the heart of Ikeja where e-wastes are assembled and exported to China and Vietnam.

Detectives also arrested two suspects in connection with the e-waste company. They are 22-year-old Lin Piehao, and 27-year-old Li Ruoneng, 27.

It was gathered that despite the fact that the visas of the two suspects had since expired, they continued to stay in the country unperturbed.

Operatives stormed the No 19 Sule Abuka Street, Opebi, Ikeja factory which had no signboard and arrested the suspects with several cartons of the e-wastes already billed to be exported to China and Vietnam by air.

The police said: “We got a tip-off about their activities and we stormed there and arrested them. We also discovered that the two brains behind the company are staying in Nigeria illegally.

“They came to Lagos in May and they were issued one month visa but they exceeded their stay and are working in Nigeria illegally.”

One of the suspects, Lin said: “We buy phone panels (Android and Nokia panels). We buy them from phone repairers and scrap sellers. We remove the panel IC with machine and then ship it to China and Vietnam.

“We have some Nigerian casual workers in our factory but we give them the rules and urge them to be discrete before they join us.

“We actually came into Nigeria with one month visa to explore the country and study to know the business we can do, but our boss in China urged us to open the factory and we have been enjoying Nigeria and did not want to go back despite the expiration of our visa.

“I don’t have work permit. I know it is a crime to work without work permit, but the e-waste business is very lucrative. We do a lot to ensure that the smoke from the e-waste don’t affect the environment where we operate.”

Police authorities vowed to arraign them in court to serve as deterrent to some foreigners who embark on illegal activities in the country.

According to the police, it is imperative that the law takes it course because e-wastes are injurious to human beings.

In addition to its damaging effect on the environment and its illegal nature, police said researchers have now linked e-waste to adverse effects on human health, such as inflammation and oxidative stress – precursors to cardiovascular disease, DNA damage and possibly cancer.