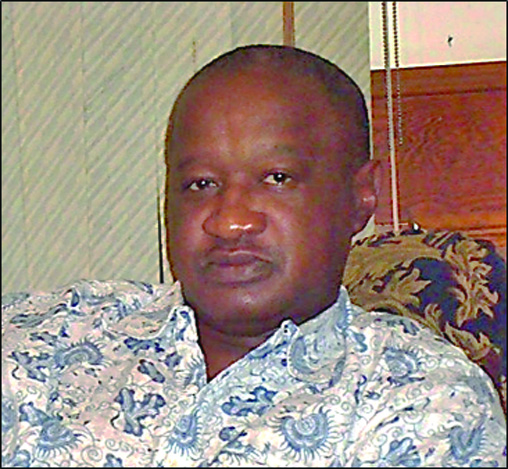 Barrister Nnadozie Ike, I am indeed broken hearted and very distraught at the illusory and unbelievable fact of your demise. I was with you in April earlier this year and you were full of life. You told me that the worst was over. I was overjoyed and ecstatic that I had to indulge in an early morning tipple. We maintained steady contact over phone and our discussions centred mostly on resumption of your duties and responsibilities. However, when you could not take my call about three weeks ago, I became very frightened and indeed perturbed.

Lo and behold, when I saw a missed call from our mutual friend, Mazi Patty Obioha at crack of dawn on Monday July 22, 2019. My entire being and entity shrilled down to the marrow. Abrupt surge of consternation and trepidation took over. I immediately felt prognostic wind of ill omen and premonitory adumbration. Cold sweat gripped my forehead and my hands shaky. I could not bring self to return the call immediately. I was hesitant and docked about; however, after a while I made the dreaded call. I just got a four-worded reply; “Omesili, Dozie is gone” and the phone went dead. To add credence to this, I got confirmatory text message almost immediately from your elder brother, Prince (Barr.) Ekeneme Ike.

My worst fears, now reality. The worst thing ever has happened. I just lost a friend, a confidant, a companion, my brother, the best person in my life, taken from me, out of nowhere. My chum, my soul mate, my compadre, my cobber gone, gone forever? Now I am staring over very bleak, sombre, elegiac and melancholic prospective without you. It is hypnagogic and surreal. It is empty, not welcoming and unattractive. All I have been doing ever since this forlorn blurb is to pinch myself every now and then and hope that I am just musing or hallucinating.

Dizzy Kay, as I fondly called, you were a friend in need and, hence, a friend indeed. You were just not a friend for pleasure or friend for benefit; you were a true friend as captured by Aristotle in Books Eight and Nine of Nicomachean Ethics. Our friendship flourished with bouts of endless happy and joyful moments. Our bond of friendship was complete. Our alliance was sufficiently good onto itself and underpinned by resolute mutual respect and steadfast veracity. You had my back at the most challenging of times and you never wavered in your promises.

Despite, your exceptional privileged background, your core thinking was in tune with those of Michel de Montaigne that fame and tranquillity can never be bedfellows. As Siddhartha Gautama you believed that happy is he or she who has overcome his or her ego. Your guiding philosophy in rhythm with those of Diogenes of Sinope, He has the most who is content with the least. You were a man of few words. Bluster, swagger and rhetoric were antithetical to your being. Following the footsteps of Francis Bacon, you were a staunch believer that knowledge is power. You mirrored Jeremy Bentham seeking the greatest happiness for the greatest number. However, as Epicurus you believed that death is nothing to fear.

You were thorough and indeed a man of letters. You excelled at University of Lagos’ Graduate and Postgraduate Law Departments and came out with flying colours from the Nigerian Law School in 1986. You furthered you quest for academic distinction with Master’s Degree in Public and Local Government Administration from the foremost University of Nigeria. I remember vividly the encomia heaped by Justice Bode Rhodes-Vivour after you appeared before him at Lagos High Court in 2003. You were a chip of the old block, a scion and prince of The Royal Ike Reigning Household of Ndikelionwu Umuchukwu Kingdom. The land of the sun that never sets.

In life, you were a gentle giant amongst men. You achieved excellence in all you did. You fought and won election to the treasured Federal House of Representatives in 1992 on the mandate of an opposition party. This sanction though ended abruptly with Abacha’s interregnum in 1993, you remained unbowed and defiant. Against all odds, thereafter, you emerged as the First Elected Chairman of the then newly created Orumba North Local Government Area. Later, you served as Special Adviser to Most Distinguished Senator Joy Emodi and stood in for her in many functions. Just two years ago, you ran with Ifeanyi Okonkwo on the ticket of Action Democratic Party, ADP, for the November 18, 2017 Anambra Gubernatorial Election.

I really do not know if I will ever stop crying. Death how could you be so cruel wicked and indifferent to the tears in our eyes and the sores in our heart. Why would you take Dizzy Kay so soon at a midmost age, when his presence is most sought? Why at this time at when he has lots to give to the world? Why Dizzy Kay that we love and hold dearly? How will Ada Ide, your lovely wife cope? What of your siblings? This loss is indeed irreparable. I, however, must take solace in teachings of the Bible expressed in Isaiah 57:1, paraphrased herewith. The righteous perish and the devout taken away, and no one understands that they are taken away to be spared from evil.

Farewell my friend, your friendship was a blessing, and I will forever miss you. We shared so many confidences and you brightened up my days. You laughed when I laughed and cried when I cried. You brought me so much happiness with your kind words and affectionate ways. You lifted up my spirits, when I felt blue. No matter what happened you knew just what to do. Right from the very first time, we met courtesy of our fathers at Aba on that hot 1980 July afternoon; the spark of our friendship lit up. It shone brightly all through to the very end and will continue to shine even in death. You will forever live within my heart. Adieu, until we met to part no more.