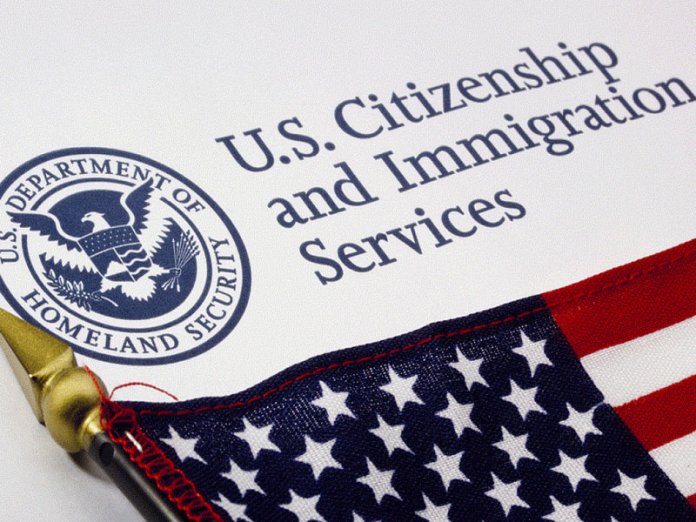 On June 26, 2018, the United States Supreme Court, in the landmark split decision of 5-4 (TRUMP V. Hawaii) vacated the preliminary injunction issued by a U.S District Court and affirmed by the Court of Appeal preventing the Presidential Proclamation (pp) 9645 otherwise known as Trump Visa Ban from coming into effect. The Supreme Court held the P.P 9645 which suspended the entry of citizens from several countries did not violate the Constitution or the Immigration and Nationality Act (INA). The court held that substantial deference must be accorded to the Executive in the conduct of foreign affairs and the exclusion of non-citizens.

This writer is not seized of the US Executive Proclamation placing visa ban on certain Nigerians accused to “have operated with impunity at the expense of the Nigerian people and undermined democratic principles and human rights”. However right thinking Nigerians welcome this intervention as the irreducible minimum and are in expectation that other Western Countries would replicate same and do more.

As a matter of policy and confidentiality, the United States government is unlikely to publish the names of the persons affected. It is expected that the Department of State would contact affected persons who hold subsisting visas to notify them that the visas have been revoked and no longer valid for visit to the US. It is also possible for such individuals if not contacted in Nigeria to learn about their situation the hard way upon arrival in the US and consequent denial of entry and cancellation of visas. For those without running visas, they are likely to know their fate at the time of visa interview at the Consulate General in Lagos or Embassy in Abuja. We believe that non-publication of the names is strategic because of the controversy it would generate if put in the public domain if some perceived and key violators are not included.

It cannot be questioned that a country has the sovereign prerogative to regulate the entry of non- nationals into its territory. It is concomitant to the concept of sovereignty for a country, in the conduct of its foreign affairs and diplomacy to declare any class or group of persons as persona non grata and to prohibit their entering or remaining in the country.

It is however important to stress the need to ensure that the list is properly targeted and that the innocent is not punished. It needs be noted that much as the executive latitude is wide, it has no legal authority to act in an arbitrary manner or entirely outside the law.

This is why the US Federal Government have been sued and restrained by courts in some instances on immigration matters especially since the Trump presidency. This is also the reason why president Trump has remained exasperated at the inability of Congress to come together in a bi-partisan way to consider and pass comprehensive immigration reforms that would give even more leverage to the Executive.

It is a fact that one of the cardinal principles of the United States foreign policy is the promotion of democracy and human rights to other countries. The officially stated goals of the foreign policy of the United States as found in the Foreign Policy Agenda of the Department of State are “ to build and sustain a more democratic, secure and prosperous world for the benefit of the American people and the international community”.

Immigration control, including visa ban/restriction is one of the tools that drive US foreign policy. The US Immigration and Nationality Act recognise foreign policy consideration as a ground of ineligibility for visa or inadmissibility into the United States.
Therefore the undermining of democratic processes in Nigeria through election rigging, vote buying, voter intimidation, violence, thuggery, banditry, extrajudicial killings, abuse of power/office, bribery and corruption and such other crimes of moral turpitude directly offend US foreign policy against which appropriate legal sanctions, including visa ban are invocable. In the very words of one of the sub-paragraphs of section 212 of the Immigration and Nationality Act (INA), “an alien whose entry or proposed activities in the United States the Secretary of State has reasonable ground to believe would have potentially serious adverse foreign policy consequences for the United States is inadmissible”. One would argue that having regard to the wide discretionary latitude allowed to the Executive by the United States Supreme Court in the administration of Immigration Policy, the Secretary of State can conveniently box the affected election violators into this sub-paragraph.

The last general elections in Nigeria was perhaps the greatest official perfidy ever. Promoters and beneficiaries of this pernicious heist of the peoples’ mandate would certainly get away if left to the weak, compromised and often conspiratorial local institutions. It is our view that a more collaborative and multilateral measures is required if the idea behind the ban is to be impactful.

It is to us, a pleasant surprise that the administration of President Trump would find time and interest to interlope in the Nigeria election given the transactional nature of the President and his America First Policy which offers serious disincentive for interventions that are not clearly and directly beneficial to the United States. It is curious that similar treatment has not applied to other democratic and human right violators around the world including those in China, Russia, Saudi Arabia. It is also a matter of irony that whereas sanctions are recommended against Nigerians found to have undermined our democracy, the Trump administration continues to hob-nob with Russia even in the face of damming evidence that Russia interfered and undermined the US elections and have continued to do so.

It is our view that persons undeservedly placed on the list can explore appropriate options to seek redress. One of such would be a Request for Reconsideration directed to the Attorney General. A petitioner who is able to establish his innocence to the reasonable satisfaction of the Attorney General has a chance to be removed from the list. The US Department of Justice has a division known as the Executive Office for Immigration Review (EOIR). It oversees immigration courts in the US through the office of the Chief Immigration Judge. There is an administrative body within the Executive Office for Immigration Review (EOIR) known as Board of Immigration Appeals (BIA). It is the highest administrative body for interpretation and application of US immigration laws. It is possible, in appropriate cases for an affected individual to approach the BIA for necessary relief. Jurisdictional matters apart, success would depend on the merit and strength of the individual’s case. It is also possible for an affected individual to apply to the United States Citizenship and Immigration Services (USCIS) for waiver of grounds of inadmissibility. To secure appropriate relief is not a walk in the park. The dexterity of experienced immigration solicitors is apt. This is particularly because though nonimmigrant waiver is available in a wide variety of situations and largely discretionary there are grounds of inadmissibility for which the waiver is unavailable including if the applicant’s entry can undermine United States foreign policy or if the applicant participated in torture of extrajudicial killings.

Onyeka is the founding Partner of Harvard Consults, an Immigration Law Firm in Nigeria