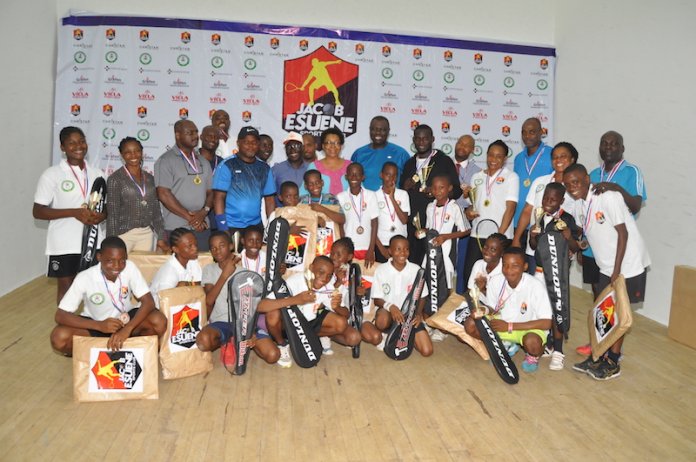 Squash fans and other enthusiasts will be treated to three days of sporadic action as the maiden edition of the Jacob Esuene Sports Club Squash tournament takes the centre stage in Eket, Akwa Ibom State

The competition, which runs from August 1 at the club’s ground, will attract budding squash players in two age categories – Under 10 and Under 15 – in the South South region.

Top officials from the Federal Ministry of Youths and Sports Development as well as the Akwa Ibom State Commissioner for Sports, Sir Monday Ebong Uko will be the special guests.

Also expected at the tournament are the President of the Nigerian Squash Federation, Boye Oyerinde, and the Chairman of Eket Local Government, Hon. Frank Archibong.

A total of 10 clubs from the region have been invited to compete at this inaugural edition of the tournament. They include: Canaan Club Calabar, Uyo Club, Shell Club Port Harcourt, Port Harcourt Club, Benin Club and Police Officers’ Mess Squash Club Benin.