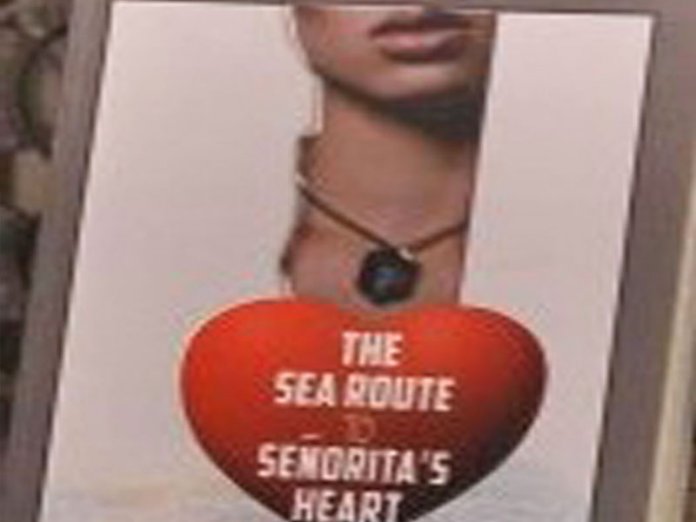 The art of the short story demands uncommon craft. Masters of the form such as Chekhov in his story “Lady with the Lapdog” and Maupassant in “The Necklace” pack layers of meaning inside the concise deployment of words. Short fiction happens to be a major highlight of African literature, especially as showcased by the coveted Caine Prize for African Writing. Anaele Ihuoma in The Sea Route to Senorita’s Heart boldly stakes his claim as a major contender in the ranks of Nigerian short story writing.

It is remarkable that a quote from the story “Written in Stone” published in her collection Indigo by the short fiction ace Molara Wood kicks off The Sea Route to Senorita’s Heart thus: “And in my delirium, I scrawled my story over the walls in this cave, scratched my memory into the stone, poured my bitterness into the rock.” Ihuoma acknowledges the contributions of writers like Chika Unigwe, Eghosa Imasuen, Obari Gomba, Abubakar Adam Ibrahim and the recently deceased Binyavanga Wainaina to the honing of his writing skills. Some of the 11 stories published in the collection benefitted from the Caine Prize workshop led by Ella Wakatama Allfrey.

In the first story in the collection, as the title “I Will Not Go the Way of Martha” depicts, the heroine Madeline dares not to fall like her duped colleague Martha by going up the tenth floor with the lady-killing Demola. The strength of womanhood flowers without much affectation.

The first line of the second story “Cynthia’s Revenge Sonata” is quite striking: “If you can moderate your foul tongue, Nurse Eliza, you will make such a great midwife.” The mysteries attending to Cynthia, the wife of the cultist-turned-pastor Bryan, giving birth to a baby boy raise auguries of suicide or “riddance”, as the protagonist would have it.

Ihuoma has the gift of rendering arresting first lines, as the story “The Rock Sorcerer” begins: “If you kill me now, my ghosts will haunt you for seven days.” In the charged field of unmasking smokescreens, decoys and revenge, the last line calls: “And finally he began waiting for the seven ghostly days…”

Rape, madness and psychiatry are ready grist to Ihuoma’s mill. The charge towards what reads as an apocalyptic end may turn out to be exposing “only a brand of pranksters.”

Magic is a given in the atmospheric story “Amarachi Compels The Wind” as the husband “Ikeobi emerges, newly grey-haired” from nowhere as hopes of pastoral rejuvenation are raised because the community is “certain now that the magic that conjured up Ikeobi could compel the winds to bend those palm-trees to yield their palm-oil, or face the wrath of hungry machetes now being sharpened, along with hoes.”

“Uneasy Ride with the Astral Traveller” reminds one of the crooked writer T. Lobsang Rampa, author of The Third Eye, who claimed to be a monk from Tibet that could engage in astral travel only to be exposed as a part-time photographer from England who had never ever been to Tibet! The “mentally-challenged” Banzie of Ihuoma’s story is an out-of-this-world type, not unlike Lobsang Rampa.

In the only creative non-fiction story in the collection, “How I Survived Ibadan’s Biblical Floods”, the author travels the birth routes of his debut novel Imminent River.

The oneiric madcap world of Musman in the story “Bola’s Half-life” unburdens memories of his once-upon-a-time fiancée/wife that gets summed up thusly: “I do not know whether this is madness, magic, love, or a hotchpotch of all. But one thing I know for sure now: in full life or half-life, this is Bola!”

The Biafra war almost always gets relived in multiform Nigerian writings, and in Ihuoma’s The Sea Route to Senorita’s Heart, the civil war reappears in the uproarious “Scent of Pastor Melchizedek”.

The love cry of the protagonist in “The Chicken Lesson” comes with the mea culpa that “Chike never intended defiling me; he’d only tried to whisper something in my ears, and the chemistry of touch had gone virally crazy.”

The title story of the collection carries the enlarged title within as “How Mlame Discovered the Sea Route to Senorita’s Heart.” Mlame is the artist on the canvas of divine brushstrokes of Senorita’s heart. The spicy masala of a story admirably yokes together pre-teen convent dreams, an out-of-wedlock child, brushstroke-and-pastel matrimony, riveting family matters, the deadly sin of gluttony put to life and so on.

Anaele Ihuoma in The Sea Route To Senotita’s Heart is unafraid to delve into dangerous regions to ferret out the hidden sources of art. Troubling issues such as rape, insanity and suicide are met with unobtrusive understanding and commanding detachment. The characters are fleshed out with cognate humanity even against the background of their inner demons.

However, the publishers ought not to have printed the stories as “chapters” as though the book is a novel, and there is this mistake on the blurb: “…whose story you probably though (sic) you were familiar with.” Of course, these can be corrected in the reprint.

Ihuoma belongs to the world of avant-garde writing with August Strindberg, Luigi Pirandello and Dambudzo Marechera. He is an all-rounder in drama, poetry and the novel genres like his teacher, Nobel Laureate Wole Soyinka. World literature will definitely accommodate many more offerings from the hard-working and talented Anaele Ihuoma, author of the novel Imminent River, the play One Day With The Hounds, and this short story collection The Sea Route to Senorita’s Heart.