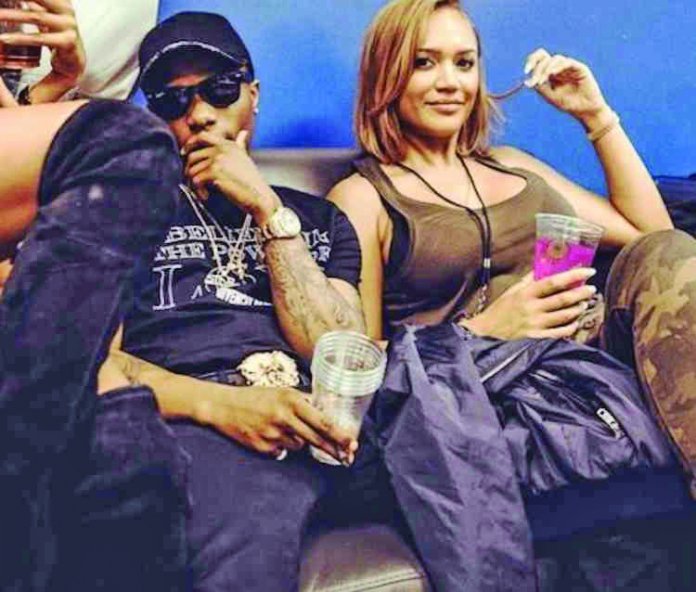 The famous Wizkid (Ayodeji Balogun) has three sons from three different ladies, with remarkable spin of controversies. None of them is legally married to Starboy. These baby mamas have been boiling ever since, writes Ferdinand Ekechukwu

Deadbeat dad, irresponsible father, and now “woman beater” are labels pop superstar, Ayodeji Balogun, popularly known as Wizkid, now carries, following fallout of his dalliance with all his famous baby mamas. Ordinarily, one would wonder at how a spruce looking and super rich Wizkid would degenerate into attracting such titles. Why did he allow his super status to be hauled in such bizarre manner, considering his fame and success?

Well, it’s still all within the realm of accusation just yet from all the women who bore him children. This shouldn’t be a surprise as most famous men with same level of success and personal charm always have baby mamas. Remarkably, all the biggest Nigerian music stars of all times have a number of such women. Wizzy appears to be no exception.

Fans of the dashing Nigerian musician recently woke up to the news that Wizkid was being accused of domestic violence against his third baby mama, Jada Pollock. Despite being a beloved musician for many, Wizkid left a majority of his fans disappointed. The third baby mama and international manager of the ‘Fever Man’, Jada Pollock, made headlines when she made the claims.

Be that as it may, a recap of Wizkid and his baby mamas wouldn’t be out of place, considering the unending cry of these women. The famous Starboy has had three sons from three different ladies with the first being Oluwanisola Ogudu. In 2011, when she was 19, Sola gave birth to a baby boy Boluwatife. However, things were not that smooth at that point. Wizkid refused to accept the child which led to a family tussle. It was only after a paternity test that he accepted, gave the child his last name and began to participate in his life.

Binta Daimond Diallo, the ex-video vixen is the second baby mama who in 2016 gave Wizkid another son. In similar pattern, Wizkid had refused to accept the baby boy just as it was with the first son. The Guinean-American Binta even suggested paternity test to prove the truth. She experienced months of persecution and bullying. Some people would condemn the artiste. Finally, he reasonably recognised the boy, Ayodeji, as his and took responsibility.

Then, the third baby mama, British-American Jada Pollock, the mother of his youngest baby Zion. Jada gave birth in November 2017. The news of the birth of her baby surprised many because the relationship between Jada and Wizzy wasn’t consummated on a romantic note; rather she was his manager. This time, the famous artiste accepted his baby very quickly without a fuss.

These women have all reported cases of misunderstanding with the ‘Ojuegba’ crooner for supposedly abdicating his responsibilities as a father. Except for Jada’s, which has been totally different, until recently when she went public about how Wizkid abused her, often leaving her with bruises just a day after his 29th birthday last week. But in a dramatic twist shortly after, she claimed her phone was hacked and her Instagram got compromised.

According to her Instagram Story, “My phone was hacked in the late hours of Monday evening and my Instagram account was compromised. I can guarantee that the statement written was not by my hand. I can only apologise for any confusion this may have cost. I have now recovered my account.” But sources confirmed that Jada’s strange recant was influenced by Wizzy’s entreaty to her, “with a promise to behave himself.” While the first two baby mamas were beset with child support drama, Jada had praised him then on social media for being such an amazing father to her son, Zion.

Instructively, in a country like the U.S., Wizkid’s failure to provide child support can land him in jail. Binta complained that she caters for her son’s needs all alone while the star only professed concern on social media. “I am a single mom, I work my ass off and I pay for everything, imagine if someone was paying for my son’s school fees, nanny, and paying the bills,” she wrote back then. She had further shared documents of an agreement between Wizkid’s representatives and her lawyer to settle their child support/custody issues out of court.

More so was details of monthly child support agreement put at $2000 with effect from February 2018 which the singer allegedly failed to honour. “I didn’t sue him or take the case to court because some of his family members begged me not to and said that Wizkid himself wanted to settle everything with the lawyers without involving the courts because he didn’t want to get in trouble with immigration.” The second baby mama seems to have finally moved on as she recently showed off her new man in a post on her Instagram page.

For Sola Ogudu, the first baby mama on their son’s birthday on May 13, 2018 took to her Twitter page to wish her son happy birthday. She didn’t just wish him a happy birthday but also made it known that she has been the father and mother of the child she had with Wizkid. As if that wasn’t enough, she further released never seen before chat messages she had with the music star.

Sola further citing examples and shared screenshots of her chats, had talked about how Wizkid was always begged, forced by family members to pay for his child’s school fees. She had also revealed how even with being patient with the singer and always trying to get a good life for their son, the singer never appreciated her for once.

According to Sola, she decided to release the chat messages just to debunk claims that she was just after the singer’s money. Sola further alleged in her social media rants that her son might have been exposed to obscenities. She gave an example of the time Wizkid made their son touch the boobs and ass of the women in his house because he wanted to be sure about his sexuality. Another incident was when she found a “weed crusher” in her son’s bag after returning from Wizkid’s house.

On these accounts, Wizkid’s defense had been mischievously mum just as he is known for being mum when he gets involved in controversial issues and maybe responds indirectly to such issues. At best, he gets to reply in cryptic manner, like while Sola Ogudu was busy dragging him on social media, he took to his Twitter page where he replied. “The smarter you get, the less you speak.” But in all, the music star left a post on his Snapchat page that brazenly suggests these women were after his money. “Ignore the money hungry hoes,” he declared.