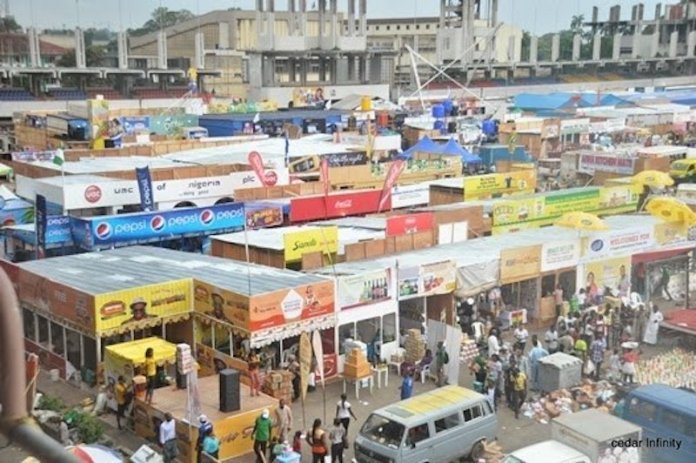 People born in June have a unique personality because they are often popular, talented and with captivating attitude. They are genuinely nice people and attract a lot of attention. They are the real charm when it comes to the presence. They are also extremely nice which make them attractive to almost everyone. Now, wait for this! They have great taste in fashion and always dress ‘powerfully’!

June people are also go-getters who never believe in impossibilities. Their life revolves around a set vision, with which they think far and beyond what a normal human being thinks. They cannot be limited by anything.

In Nigeria, Lagos is the ‘Center of Excellence’ as well as the ‘Commercial Nerve Center’. It is the place where the art of governance has, particularly, been redefined in the country in the last 20 years. What many do not really know, however, is that Lagos has a rather curious link with the month of June. A sizeable number of those who have been at the saddle of the state’s political leadership in the current political dispensation have a link with the month.

For instance, current governor of the state, Mr. Babajide Olusola Sanwo-Olu, was born on June 25, 1965. As it is customary with those born in the month of June, Sanwo-Olu is a promise keeper and a trustworthy personality. Within the few weeks he has been at the saddle as the state’s numero uno, he has proved himself, in many ways, as one who is bound by his words.

Making promises and keeping them is definitely a good virtue that people must embrace in all walks of life. In the Nigerian political scene it is, however, obvious that promising a bright future in convincing manners works better than actually delivering on it! It is rampant among the political class to make promise without actually thinking about how to fulfill such.

Considering his June antecedent, Governor Sanwo-Olu places high premium on the sanctity of promise. To him, a promise made should always be a promise kept. In other words, the process of a promise made isn’t completed until it is fulfilled. This is, perhaps, why he made good his promise to boost the Civil Service Staff Bus System with 35 brand new buses, three days after making the promise. Same goes for his promise to resume work on the Lagos-Badagry Expressway. Sanwo-Olu’s virtue of delivering on promises is a practical attribute of June people which others must endeavour to emulate.

Another illustrious son of Lagos with a firm June narration is the Speaker of the House of Representatives, Mr. Femi Gbajabiamila. Born on the 25th of June, 1962, a prominent June people quality that is visible in Gbajabiamila is his ‘never say never’ disposition. Like most June folks, he is also visionary who loves to see beyond the moment.

Another Lagos leader of note with a rich June root is Mr. Babatunde Raji Fashola, SAN. Fashola, who governed the state from 2007-2015, epitomizes the spirit of June. Born on the 28th of June, 1963, a foremost characteristic of June people that has eminently distinguished Fashola is the power of idea.

Many do not understand that the quality of our lives as human beings is substantially a reflection of the quality of ideas we generate. Many still seem not to comprehend that the ideas which we conceive, like kola in Igbo culture, is life in itself. It is the kind of ideas that we give to our space that it gives back to us. No more, no less. Fashola was able to accomplish as much as he did for Lagos because of the quality of his ideas. Thanks to the strength and depth of his idea, today, he ranks among our nation’s topmost contemporary political leaders.

Like Sanwo-Olu and Fashola, Akinwunmi Ambode, the 14th Governor of Lagos is also of the June fold. He was born on the 14th of June, 1963. A chief June attribute in Ambode is his optimistic outlook. Ambode’s positive attitude to life was partly accountable for some of his modest attainments in life. He never believes that any situation is hopeless. Rather than being disillusioned, Ambode always look at the brighter side of every situation.

Here is wishing all these illustrious sons of Lagos a belated happy birthday and more rewarding years in the service of the state and the nation at large.