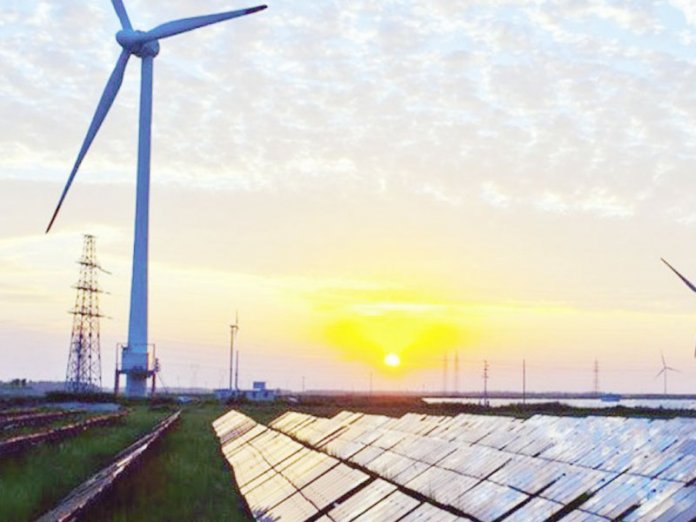 It is time to cut off petroleum products importation, writes Chijioke Nwaozuzu

For more than a century, fossil fuels have accounted for a larger proportion of global energy supply sources. However, with increasing global environmental challenges, arising from increasing concentration of greenhouse gases (GHGs) associated with fossil fuel combustion, there has been a renewed emphasis on low carbon intensive and environmentally-friendly energy sources, e.g. natural gas, renewable sources, nuclear, and now hydrogen.

This determination was made in December 1997 in Kyoto, Japan (Kyoto Protocol), where representatives of most nations of the world agreed that the world’s industrialized nations should reduce emissions of the major GHGs (carbon dioxide, nitrogen oxide, and methane) by 2012 to levels between 6-8% below the 1990 emission levels. As a result, pressure is increasing towards movement away from ‘dirty’ energy sources such as coal, diesel, gasoline to cleaner fuels such as natural gas, renewable sources, and hydrogen.

Consequently, several technologies are being developed for production of renewable energy resources as well as natural gas, which are considered low-carbon emitting sources. New technology for extracting hydrogen from natural gas has been developed. These technologies are also becoming economically competitive with conventional energy sources (crude oil, coal, etc).

These technologically-driven changes in the global energy landscape provide inherent opportunities and implications for developing economies like Nigeria. It is vital to realize that these global developments are going to impact countries, great and small. For most OPEC member states, it is time for economic structural adjustment and diversification.

Diversification should aim at boosting their respective power sectors, and investment of upstream petroleum profits in downstream industries (mega-refineries, petrochemicals, methanol, urea and fertilizer plants, Liquefied Natural Gas (LNG) and Gas to Liquid (GTL plants) etc.) Basically, the aim should be to domesticate their oil and gas resources to drive domestic industrialization and economic growth.

Annual subsidy payments, running into trillions of naira, are a huge drain on crude oil export revenue. Products importation equally represents a huge drain on scarce foreign reserves. Current import landing cost estimates for gasoline (PMS) is N180 per liter. According to PPPRA (Petroleum Products Pricing & Regulatory Agency), we import 56 million liters of PMS daily. Current pump price for PMS at the retail outlets is N145 per liter, which represents a price ceiling of N35 per liter (N180 – N145). Therefore, daily subsidy payment for importation of 56 million liters of PMS daily should be N1.96 billion (N35 X 56m). Annually, the size of this subsidy should be N23.52 trillion (N1.96bn x 12 months). Don’t cry for me, Argentina!

Another dilemma also presents itself, should the subsidy payment scheme be reversed. The only way to ‘stop the bleeding’ should be to eliminate the price ceiling by increasing PMS pump price from N145 to N180 per liter, and the ripple effects of that action would be as follows.

With high bank interest rate, consumer and investment borrowing and expenditure will be drastically reduced.Therefore, fewer goods would be produced, and consumer spending will be further reduced. Consequently, only government expenditure can ‘hold up’ the economy. Federal government will have no choice than to go into deeper borrowing to save the economy, as well as additional consideration of sale of government assets.

However, there is an additional dilemma! Federal government budgets are based on oil revenues.

Should crude oil revenue plummet, how will the federal government be able to perform these three tasks all at once: allocate revenues to ministries, agencies, parastatals, state and local governments; fund PMS imports to the tune of 56 million liters daily or more; and still pay subsidies to the tune of N23tn annually or more? The least we can do now is to cut off petroleum products importation.

NNPC has three refineries with name-plate capacity of 445,000 barrels per day, but current combined capacity utilization is roughly 10% (i.e. 44,500 barrels per day). To achieve self-sufficiency in petroleum products supply and account for smuggling to neighbouring countries, Nigeria requires at least a refining capacity of one million barrels per day.

Therefore, current shortfall in refining capacity = 1,000,000 – 44,500 = 955,500 barrels per day. Current refineries are too old and have been poorly maintained over the decades. Newest refinery (the second PH refinery) is roughly30 years old! It is imperative and imminent that new refineries and petrochemical plants are constructed as a matter of urgency, to replace the old and ailing existing ones.

Reliance on ‘Dangote & partners’ refinery project may prove to be elusive, as it is sited in an export processing zone, and facing the Atlantic Ocean. The Dangote & partners refinery project is positioned as a ‘world export refinery’, and patterned after the Jamnagar refinery in India (1.2 million barrels per day refining capacity). Jamnagar refinery was sponsored by Reliance Industries, whose Chairman (Makesh Ambani) is the richest man in India. Therefore, it is imperative that the refining capacity gap is closed within a timeframe of five years without consideration of the Dangote & Co project.

Should Nigeria’s oil export reduce drastically, the country should be able to domesticate the utilization of oil and gas resources through the refineries and petrochemical complexes. The consequences of inaction could be that, in a few decades to come, the country may not be able to fund imports of PMS, and at the same time would not be able to refine its crude oil for domestic use.

Therefore, the crude reserves would be ‘stuck in the ground’ and with little resources available to fund fuels imports – The Double Wammy! Whatever is left of the economy could be further crushed by continued subsidy payments on imported fuels- The Trebble Wammy. Nigeria and Nigerians have to adapt to these challenges and opportunities!

As we keep ruminating over the security challenges in Nigeria, let us not forget that we have ‘another big fish to fry’!! It was not raining yet, when Noah built his Ark!