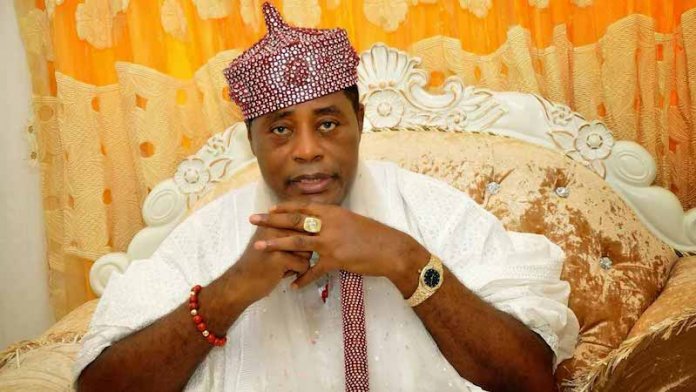 • Why oil magnate celebrates birthday with the needy
It wouldn’t be a lie to describe Oba Fredrick Enitolorunda Akinruntan, the Olugbo Of Ùgbó Kingdom in Ilaje, Ondo State as a paragon of royal luxury. Nor would it be far from the truth to ascribe to him the title of most business-savvy king regnant in the country. He has chiseled his name on the stone proclaiming billionaires in Africa as he’s applauded as oil magnate who cannot be pushed off list of the rich and famous. When it comes to flaunting wealth about and throwing parties that set the pulses racing, a few equal either.

The monarch is a welfarist at heart wholly devoted to emancipating the less privileged. Over the years, so many people have been lifted from the proverbial gutter and given fresh hope through the benevolence of Oba Akinrutan.

However, Oba Akinrutan has taken his love for the downtrodden to a whole new level. Reputed to be the second richest monarch in Africa, the Olugbo carved out a sizable chunk of his riches and lavished it on selected orphanage homes in Nigeria. Those who witnessed how the flamboyant king doled out millions of Naira as if it was disposable paper had seen the scene before, in other years, at other orphanages. But this time, they were stunned by the size of his donation and the large number of orphanages it went to.

Of course, nobody who has achieved as much as the chairman of Obat Oil would do things without a reason. It was his 69th birthday, a year before, he crosses the potent Rubicon of threescores and ten. Hence, he felt he had to do something special this time. In fact, those in the know informed that the ba had to be reminded that his pockets was not bottomless, just very deep, before he could be convinced to rein in his generosity until next time.

Perhaps, the most headline-grabbing traditional head in Nigeria, Oba Fredrick Akinrutan expects homage from most and bows to no one. Whether it be the Ooni of Ifè or anyone else. He’s always ready to go to war with whoever tries to contradict his claim that he is the true number one king in Yorubaland and the custodian of Yoruba culture.