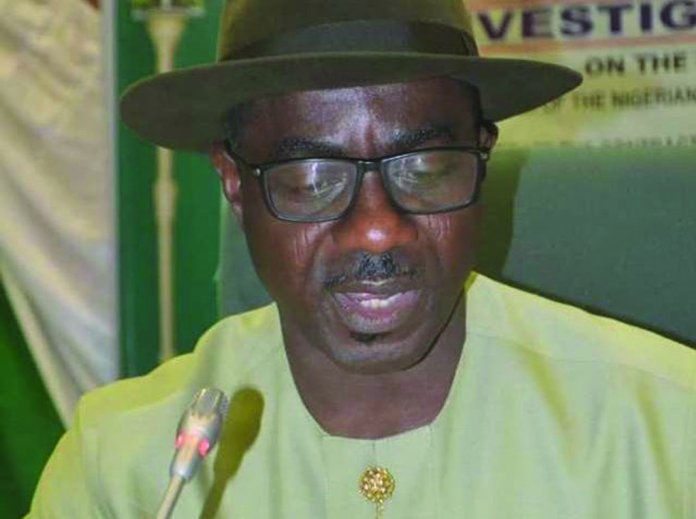 A 3rd term member of the House of Representatives, Chief Fred Agbedi is one of the many aspirants for the governorship of Bayelsa State under the People’s Democratic Party. In this interview with Segun James, he says he has what it takes to take the state to the next level

Why do you think you are the best candidate for the PDP in this coming governorship election?

Well, it is a burning ambition that I am expressing. First, if you will recall, in 2010/2011 PDP primaries, I ran in the primaries against Governor Timipre Sylva and came second.  You know I am a third term member of the House of Representatives, and having been elected to the House for a third time, I have a better understanding of leadership and how to deliver service to my people, knowing particularly that this is the end or about the end of the second term of Governor Seriake Dickson, which gives way for people to express their intention to take over from Dickson.

There is the rotation arrangement in the state for governor. Now that the rotation has gone full circle, each of the three senatorial districts has taken its own turn. Why do you believe that it is the turn of your zone given the fact that the present governor comes from your zone also?

It has never been the turn of any district. From when democracy was returned in 1999, it has never in Bayelsa been the turn of any senatorial district. The product of governorship elections have always been based on individual interest and contest. So in Bayelsa, there has never been any time where people sat down to say this senatorial district will produce first and then this order one will follow and this will be last. There has never been a rotation arrangement or formula in Bayelsa State. You had been in Bayelsa as a journalist for a very long time and you are like an old man in Bayelsa. You know very well that there had never been zoning in Bayelsa. For every governorship primaries, and every governorship election, people have thrown their hats into the ring and at the end of the day, candidates emerge.

That means that if you want another circle, it should start from anywhere and particularly you have the logic where the last who is the occupant of that office, a senatorial district from where the last is on seat has the right of first refusal. Because even in our local parlance here, if you are doing a contribution and somebody took first, in another circle of contribution, the last will start. So, everybody will now have the opportunity of tasting first and the opportunity of tasting last which will mean that nobody is cheated in anyway. Baylesa is not a first son and last son arrangement where a particular senatorial district will be first son and the others are second or third. We are all equals of a senatorial district creation.

Another perception people have is that Bayelsa is a PDP State and right now, the PDP has so many aspirants. It is even more surprising that within the political family of Governor Dickson, you still have so many aspirants, wont this break the coercion within the system in the state?

The number of aspirants contesting this election in PDP is a clear indication that PDP is the dominant party in the state. Everybody has come to believe. They have the understanding that if you want to be governor in Bayelsa, it is PDP. That is the clear indication. Other than that, you are talking about governor’s political family. Of course, people believe that if you are a restoration member, there is every propensity or likelihood that the governorship candidate will emerge from that political family, because it is the political family that has been in office for about eight years. What are we talking about? Governor Dickson became governor through his political family which was Green Movement. Green Movement was the one they established when President Goodluck Ebele Jonathan was governor. And that metamorphosed to when President Jonathan was elevated to the national state, and of course, Sylva took over.

At the time that we were to do the primaries at the end of Sylva’s tenure, Green Movement was still alive. And they insisted that they were going to run through the race and produce a candidate in PDP and it happened. Knowing this antecedent, the people in the Restoration government who were nursing this ambition on their own feels that as a member of the restoration, they have a chance. And that is what is happening, I don’t think there is anything wrong with that.

You have a relationship with Chief Timi Alaibe. You and him were very close politically, right now under the PDP he is contesting, although he is not a member of the restoration group and you are contesting. Senator Douye Diriwho, who is also close to both of you is contesting. Is there any chance that any of you might step down for another?

First let me tell you that there is no love lost among the three of us or any other person that is close to us in this arrangement. The second thing is that this is not the first time Alaibe and I are meeting in the governorship race. Alaibe took form to run for governorship primaries in PDP. I took form to run, we both took forms to run against Governor Timipre Sylva when his tenure was ending and he was seeking the second term. Alaibe eventually left PDP to Labour Party, I ran the primaries through. I lost to Sylva. So it is not the first time and even at that time, we had no love lost. I know the level of support that Alaibe even rendered to me when I went into the primaries against Sylva when he had left. So there is no love lost, right now we are all in the race. Yes, you placed it rightly, that I was twice he director general of Dickson’s election compaigns, a very senior member of the restoration movement, a critical stakeholder in the restoration government and of course that gives me ample opportunity and the chance to contest. Assuming that we say restoration core is going to emerge, because of the likely number of delegates that the restoration government may likely control, so if I am in and Alaibe is outside, of course, you know the history, I don’t need to tell you.

Apparently he is coming in to run governorship which he has every right to do but the fact remains that I am in the house and some others are outside the house. In democracy, there is going to be voting, one person is going to win at the end of the day. I am believing that being a core restoration member, it is an added advantage for my ambition. If any other person does not have that as an added advantage, well, it is unfortunate but that is the situation.

From the way you are talking it seems that you believe that the governor has done very well and you might continue with his policy. Do you have any other thing in mind outside the kind of government Governor Dickson is running right now?

The governor, Right Honourable Seriake Dickson has done very well in his about eight years in office. You see no two individuals are exactly the same. Even identical twins are not exactly and completely identical. So, there is no way a governor and another governor will be exactly be the same in their actions and activities. The very important thing is that Dickson has done well. As a governor taking over from Dickson, I have to keep the legacies. I have to sustain the legacies that he has left behind. And that is why if you look at my campaign slogan and team, it is “Onward Restoration and Reformation”.  You can never completely restore. So, we will take it up from where governor Dickson stops. And then, we will also reform. There are certain things that you will also bring in your own innovations and ideas to improve on and build on. That is why my campaign slogan is onward restoration and transformation. Take for example; I keep saying that no state government paid attention to research. Research is very important in development and of course if that is an added advantage to the development of my state of course. If I say my agenda is to pursue deliberate empowerment of citizens of the state and I achieve that, it is a step forward, carrying on restoration to transformation.