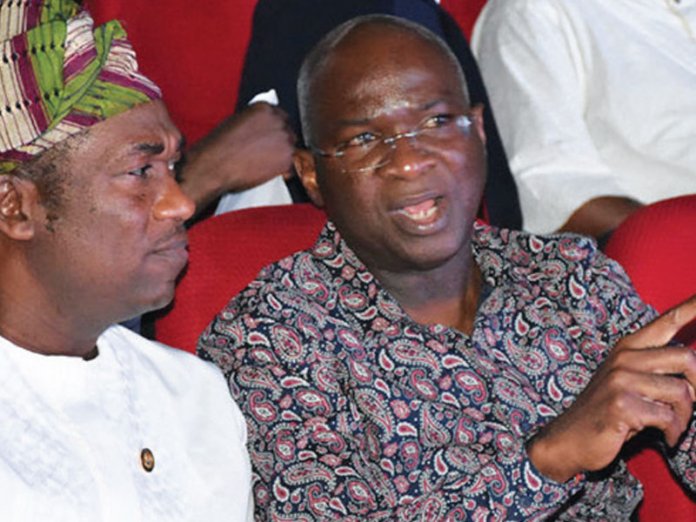 The immediate past Minister of Power, Works and Housing, Mr Babatunde Fashola, and the current Governor of Lagos State, Babajide Sanwolu, recently appealed to youths to not just criticise leaders, but also commend them when they achieve progress no matter how little.

They made this appeal at the third GABFEST program organised by a youth group to honour the ex-minister, which coincided with his 56th birthday, in Victoria Island, Lagos.

Speaking at the event with the theme “Generational Gap: Youth Inclusion and the Leadership Question in Nigeria”, he said good leadership should not be taken for granted as leadership was a lonely place.

According to him, “leaders are usually confronted with huge societal problems and needed fresh ideas from the youth, who also needs metorship of the older generation. The older generation and the youth need one another in complementary roles. Everybody has a role to play.

“There are things older generation cannot do and there are things younger ones cannot do. So, we need that compromise to work together. But young people are taking more responsibilities that we care to acknowledge.”

He commended the youth who used their huge population to deliver the victory at the polls to President Muhammadu Buhari during the 2019 general elections, and as well advised youths to rise up to challenges of active participation in politics, to take over leadership like the older generation who began to rule in their prime.

He said “cultural orientation censored youth, but with humility, the younger generation could learn principles that would benefit their lives and the nation as a whole. And I must tell you that leadership is about making sacrifices for the masses while upholding societal values, and I commend both President Buhari and Gov. Babajide Sanwo-Olu of Lagos for their good representation.”

In his address, Sanwo-Olu, who was represented by Permanent Secretary, Ministry of Youth and Social Development, Dr Bola Balogun, said the desired future seems like a mirage if youths decide to remain passive.

As he commended the Buhari administration for signing the Not Too Young to Run Bill into law while stressing the need for more youth inclusiveness in national issues.

editor - October 23, 2021 2:45 am
9
RIGHT OF REPLY By Abdullahi Umar In his recent THISDAY column "The Pendulum" veteran journalist and politician Dele Momodu had advised Atiku Abubakar not to contest...