He, however, tasked security agencies in Africa, particularly the intelligence community, to combat illicit financial flows, adding that development and stability of Africa have been undermined by the menance.

Buhari spoke in Abuja while delivering a keynote address at the opening session of the 16th Conference of the Committee of Intelligence and Security Services of Africa (CISSA).

The president established a link between the worsening security situation in Nigeria and illicit financial flows, which he said are detrimental to the development of Africa.

“Frankly, we may never know the true extent of the damage. Estimates, however, suggest that African countries lose over 60 billion US dollars annually due to illicit financial outflows, a staggering amount for a continent in dire need of development finance.

“Corroborating this figure, a United Nations Report on ‘Illicit Financial Flows and the Problem of Net Resource Transfers from Africa: 1980-2009,’ observed that during the period 1980 to 2009 between $1.2 trillion and $1.4 trillion was taken out of Africa. This figure is half of the current Gross Domestic Products of all the countries of Africa,’’ he said.

A statement by a presidential spokesman, Mr. Femi Adesina, quoted the president as describing the theme for the conference, “Illicit Financial Outflows from Africa and its impact on National Security and Development,’’ as timely and appealed to stakeholders from the intelligence community of 52 African countries to create a template of risk factors and actionable strategies.

He also admonished participants to prioritise the examination of the links between crime and instability in Africa.

Buhari said criminals and their accomplices robbed the system through their nefarious activities and challenged the conference to put measures in place to deny terrorists and other criminals access to funds.

“As partners in the fight against crime and insecurity, you know that terrorist networks, organised criminal syndicates of drugs, arms and human traffickers and sundry hostile non-state actors are actively undermining the security and stability of our countries,’’ he added.

Buhari called for firm and unwavering action aimed at addressing these threats, noting that “any evasion of rules and regulations in ways that aid corruption in its various manifestations, including illicit financial outflows, must be vigorously fought and defeated.’’

According to him, the responsibility conferred on him as an anti-corruption champion gave him the opportunity to know the level of devastation that corruption and illicit flow of funds do to Africa.

He expressed optimism that the conference would aid the needed urgency to address the menace, noting that war against corruption remains the main platform for attaining accelerated development.

He said: “My role as African Union’s Anti-Corruption Champion brought me closer to appreciating more the devastating impact of corruption and illicit financial outflows on our continent.

“I am, therefore, pleased that this conference will boost the sense of urgency that we collectively have about this devastation and raise our response capacity at operational levels. In Nigeria, we have risen to the challenge. The fight against corruption remains at the core of our efforts to accelerate national development. We have recorded successes even though the perpetrators are not giving up and are trying to fight back.’’

In his address, Chairman of African Union (AU) Commission, Musa Faki Mahamat, said terrorism and radicalisation sponsored by illicit flows had continuously affected growth in Africa while ethnicity and religious diversities had been exploited for political gains.

Mahamat, represented by the AU Commissioner for Peace and Security, Ambassador Smail Chergui, said the Internet had been used as a valid platform for recruitment of people into criminal activities, noting that terrorists also use sophisticated technology like drones.

On his part, the Director General of the National Intelligence Agency (NIA), Ambassador Ahmed Rufai Abubakar, said conservative estimates showed that cumulatively, Africa had lost over $1 trillion in over five decades through illicit financial outflows. 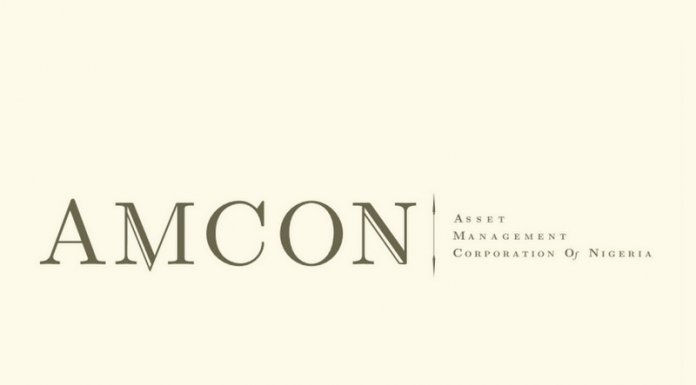