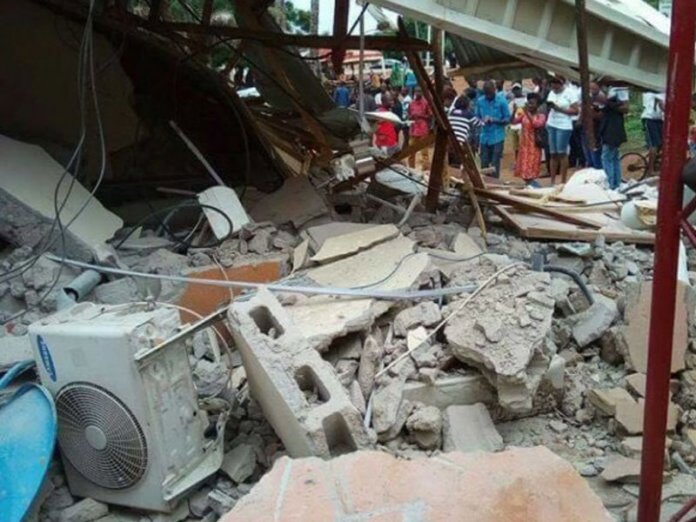 Igbawase Ukumba reports that the refusal of the former Governor of Nasarawa State, Umaru Tanko Al-Makura, to agree to an out-of-court settlement after he demolished Breeze FM 99.9, a privately-owned station in Lafia, has become an albatross on the neck of the incumbent, Governor Abdullahi Sule
It was in the early morning of Saturday, May 20, 2017 that the only privately owned radio station in Lafia, the Nasarawa state capital, Breeze 99.9 FM was reduced to rubbles by the Nasarawa State Government for allegedly violating land laws and posing health hazards to residents living close to it.
Paradoxically, the then governor of the state, Umaru Tanko Al-Makura, had inaugurated the broadcast outfit on March 31, 2017 before pulling it down in less than two months of its broadcasting.

But the Executive Director of the demolished Breeze FM, Dr. Nawani Aboki, dismissed the reasons fronted by the state government for destroying the infant radio station as not true. Aboki therefore insisted that government destroyed the outfit for giving the organised labour in the state a voice to air their views over a two months old workers’ strike in the state.

“The state government demolished the station for not supporting the ruling party and giving the organised labour a voice to air their views over the ongoing strike by civil servants in the state,” the executive director  of the radio station disclosed at a press conference.
He claimed that broadcast equipment worth over N61 million were destroyed during the demolition of the Breeze 99.9 FM, Lafia, even as he added that the worth of the structure has not been quantified.
NBC’s Position
Nevertheless, the North central Zonal Director of the Nigeria Broadcasting Commission (NBC), Franca Ayetan, who had led a team from the NBC on a verification visit to the destroyed station said demolition of the structure housing the radio station was shocking and unbelievable. She added that the development was surprising because the station followed due process in obtaining its broadcast license.

Ayetan said: “On March 31, 2017 when we came to commission the station, the state government was fully represented. If government had raised any reservation then, as a regulatory body, we would have waited a little before inaugurating the station. But none was raised.”

Stakeholders React
Sympathising with the management of the Breeze FM, National President of Alago Development Association, Mathew Akwe Doma, lamented that the demolition has ridiculed the state and Nigeria in the eyes of the international observers.

“Despite concerted efforts by well meaning Nigerians to entrench democracy with fairness and justice, others are busy tarnishing the image of the country and taking the nation backward,” the Alago socio-cultural association president maintained.
Similarly, the National Vice President of Nigeria Union of Journalists (NUJ) Zone-D, Wilson Bako, condemned the demolition of the Breeze FM in Lafia. He said the state government has no justification for its action because the organisation was duely approved.
Also, Chairman of the Nasarawa State Council of the NUJ, Dogo Shamma, appealed to the Nasarawa State Government to settle with the management of the demolished Breeze FM.

In his reaction, the immediate past senator representing Nasarawa South Senatorial Zone, Suleiman Adokwe, described demolition of the Breeze FM by the Nasarawa State Government  as suppression of enterprising skills of young men in the state, adding that it is abominable.

According to the erstwhile federal lawmaker, “the demolition is an act of demi-god. I expected that a government that has come to power through these kinds of injustices, one would have thought that it would have been in a forefront of ensuring that government is fair to any enterprise that is trying to grow in the state.

“We condemn it in total, it is an anti-democracy and it is intolerance of divergence views and this most not continue. We call on the government to withdraw its steps to allow people to choose. Democracy is about choice, they can choose to listen to any media.”

Adokwe therefore expressed disappointment that when a citizen of Nasarawa State who was trying to bring up an enterprise that would give people employment, the least that government could have done was to encourage this individual to turn the Breeze FM into a broadcast mogul and not to shortlist an effort of a young enterpriser.
No Regrets
But Ex-governor Al-Makura, while distributing relief material worth N300 million to 50 displaced communities in the state, had said that his administration did not regret the demolition of the radio station.
“I do not regret the demolition of Breeze FM station. I cautioned NBC to be wary of issuing certificates of approval to just anybody anyhow,” he stated.
Redress in Court
Consequently, the proprietor of the Lafia base private radio station, Mr. Nawani Aboki, approached the Nasarawa State High Court to seek for redress by suing the then government of Al-Makura challenging the demolition of his Breeze FM.
However, during one of the hearings on the suit filed at the Nasarawa State High Court by management of the Breeze FM, Justice James Abundha, the Presiding Judge, adjourned the matter after the counsel to the state government, Shehu Usman, appealed for adjournment to enable the settlement committee get approval from Governor Umaru Al-Makura.
According to the state government’s counsel, “the settlement committee had met and agreed on some terms to put to rest the lingering case, but the committee are yet to meet the governor and get his approval. I therefore appeal for a short adjournment to enable us get the approval and report to the court.”
Similarly, counsel to Breeze FM, Ocha Ulegede, did not oppose the motion for adjournment, adding that, “if at the next adjourned date they were still unable to secure the approval of the governor, we would go ahead with the matter.”
Ulegede therefore urged the government to do something possible to put to rest the matter since they wanted the settlement.
Consequently, the then presiding judge, Justice James Abundha, adjourned the case to enable the settlement committee get approval from Ex-governor Al-Makura.
Win for Breeze FM
But with the refusal of Ex-governor Umaru Tanko Al-Makura to give approval to the agreement terms of out of court settlement to put to end the case of demolition of Breeze FM to rest, the proprietor of the demolished private radio station, Nawani Aboki, on June 7, 2019 floored Nasarawa State government and former governor, Umaru Tanko Al-Makura, in the Breeze FM case he instituted against the government over demolition of the radio station presided over by Justice Rose Soji.
Consequently, the Nasarawa State High Court sitting in Lafia slammed N67.3m fine on the Nasarawa State Government for demolition of the private radio station.
A breakdown shows the court slamming the sum of N50 million against the Nasarawa State Government as general and punitive damages and witchhunt. In the same vein, the court also awarded the plaintiff the sum of N17.3 million as
special damage for demolition of his radio station by the state government amongst other damages.

The judge said the unlawful destruction of the radio station has caused huge financial and economic loss to the owner, adding that it has also caused the owner of the radio station public embarrassment, intimidation and serious psychological trauma hence she ordered the state government to make a public apology to the chief executive officer of the demolished private media outfit.

She held that the court was convinced by the available evidence before it that the plaintiff has substantially proved his case beyond reasonable doubt and hereby entered judgment in his favour.

Reacting to the judgment in an interview, counsel to owner of the Breeze FM, Ucha  Olegede said the demolition of the radio station was unconstitutional, an act of wickedness and vindictiveness of Nasarawa State Government under Ex-governor Al-Makura.

He posited that the former Governor Al-Makura should change his attitude as he goes to the senate of the Federal Republic of Nigeria, just as he called on political office holders not to misuse power while in office.

Also speaking in an interview, counsel to the defendant,  Ishaku Usman, who commended the judge for diligent judgement, however said they would determine whether to appeal the judgment or not when they go back to office.

On his part, Owner of the Breeze FM said: ‘’Today marked another day where  freedom and democracy has triumphed over
anarchy. The judgment was for the freedom of the press in the world as press remains the pillar of democracy.”

However, the onus now lies on the incumbent governor of the state, Abdullahi Sule, to either shoulder the burden of paying for an infraction he did not commit, as government is a continuous process, or refuse to play ball.