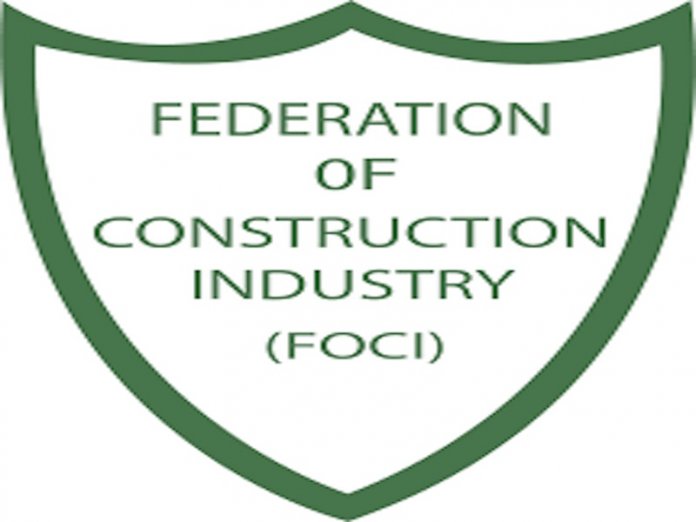 The president of the Federation of Construction Industry (FOCI), Engr. Nasiru Dantata has said they are hopeful that the construction industry would grow to the next level and that they expect some stability due to the continuity in government.

Dantata stated this while delivering the report of the Governing Council at FOCI’s 63rd Annual General Meeting in Abuja, recently.

He stated that the year 2018/2019 was a mixed one for the Nigerian economy, adding that there was a slight recovery in services and industry, particularly mining, quarrying and manufacturing. There was also greater availability of foreign exchange, he added.

He said despite the delayed signing of the 2018 national budget, which caused some increased fiscal uncertainty, “it is heartwarming to note that in spite of this shaky start, the fiscal deficit narrowed in 2018.”

According to Dantata, with the 2019 “Budget of Continuity” of N8.92 trillion which was signed into law on 27th May, 2019, “the real GDP is projected to grow by 2.3% in 2019 to 2.4% in 2020 as implementation of the Economic Recovery and Growth Plan gains pace. We are hopeful that the Construction Industry will grow to the next level and we expect some stability due to the continuity in government.”

He reminded members and stakeholders of FOCI’s desire for an iconic building in Abuja “which would serve as FOCI Head office, appropriate meeting place/conference center and additional source of income for FOCI.”

Preceding the AGM, Dantata reported that FOCI also published three editions of the Construction Materials Price Index, being the third and fourth Quarter 2018, and the first Quarter 2019. He said copies of the publications were sent to relevant Directors of Works/Permanent Secretaries in relevant Federal and State Ministries.

Dantata thereafter called for a minute of silence to be observed in honour of demised FOCI members, Mr. Levi Ikenyi of Cappa & D’Alberto Plc, Mr. Johnny Oguene of Setraco, and Mr. Wolfgang Kollermann, formerly Finance Director of Julius Berger Nigeria Plc all of whom passed on before the AGM.

The AGM was attended by the players in the construction industry in Nigeria, including chief executives, executive directors, and managers of every registered and worthy construction company in Nigeria. Also in attendance with goodwill messages to FOCI were the President of the Council of Registered Engineers in Nigeria (COREN), the President of the Nigerian Institute of Building (NIOB), as well as the Director-General of the Nigerian Employers Consultative Association (NECA).

The President of the Nigerian Institute of Building, Bldr. Kenneth Nnabuife Nduka, in his goodwill message, enjoined FOCI members to pursue excellence in resource mobilisation and utilisation to prevent structure collapse. He also urged government and other clients to avoid delay of valid certificates and pay FOCI members as and when due. This he said would prevent injurious cost overruns on contractor revenues, and guarantee desirable corporate stability and sustainability.

On his part, the Director-General of the Nigerian Employers Consultative Association (NECA), Mr. Olawale Timothy, eulogised the symbiotic relationship between FOCI and NECA. He urged FOCI to continue its important mandate of standing in the gap for organised business and its teeming workforce, to deliver value for all stakeholders. He also urged FOCI members to continue their progressive support for the body.

The President of the Council of Registered Engineers in Nigeria (COREN) at the event celebrated that FOCI is now statutorily represented in the Council of COREN. Earlier, the President of FOCI had informed the meeting that President Muhammadu Buhari recently assented to the Engineering Registration Amendment Act, 2019.

The event was kicked off by an introduction of special guests by the Director-General of FOCI, Engr. Mrs. Olubunmi Adekoje, and was further accentuated by a welcome address by the President and Chairman of the executive committee of FOCI, Engr. Nasiru Dantata. Other members of the executive committee present at the meeting included the Deputy President, Chief Vincent Barrah, the Vice President, Barr. Emeka Okoroafor, and the Treasurer, Mr. Abubakar Ndakpayi. Also present at the AGM, amongst other dignitaries, was the Executive Director Administration of Julius Berger Nigeria Plc, Alhaji Zubairu Ibrahim Bayi. Alhaji Bayi is also the Chairman of the Public and Advocacy Committee of FOCI, as well as a member of FOCI’s Technical Committee.

Founded by eight member companies in 1954 as Federation of Building and Civil Engineering Contractors in Nigeria in 1954, the body now known as FOCI has grown to have a membership of over a hundred engineering construction contractors.