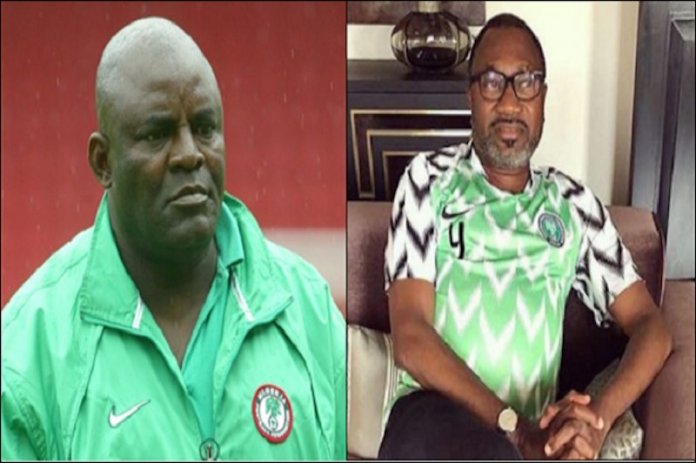 Chukwu returned to the country on Friday, after nearly two months in London, where he underwent treatment and surgery at Wellington Hospital.

Chukwu, first Nigerian to lift the Africa Cup of Nations trophy, when he captained the national team to win the 1980 edition on home soil, said his medical condition was in a complicated state before the intervention of Otedola, who spent a total of N36,635,000 on his treatment, travel and accommodation expenses.

“Otedola has made me, I can play football again,” Chukwu said jokingly when he paid the oil mogul a visit in Lagos on Friday.

“If you saw me before I left for London, you won’t believe I’ll be here talking to you. I think I won’t be making a mistake if I say after God, it’s Otedola in my life.

“I had many complications and I couldn’t walk. When I heard Otedola brought out money for my treatment, I marveled because in my circle, we didn’t know him before then. We have people with us but maybe they forgot or it’s not in their character (to help).

“I don’t know how to thank Otedola enough, God bless him.”

Chukwu’s wife, Lilian, who was with him alongside his daughter and sister throughout the duration of treatment in London, also thanked Otedola for coming to their aid.

“God used him to bring my husband back to life. He (Otedola) will never lack,” Lilian stated.

Philip Akinola, who represented Otedola on the occasion, expressed delight at seeing Chukwu back on his feet again.

“I’m happy to see him radiant again, unlike when I visited him in Enugu. He walked from the ground floor to his room on the second floor of his hotel, when he got to Lagos without needing anyone to aide him. That’s the joy of Otedola,” he said.

“This is a challenge to others. It’s a typical example of taking care of people while they are alive,” concludes the Zenon COO.