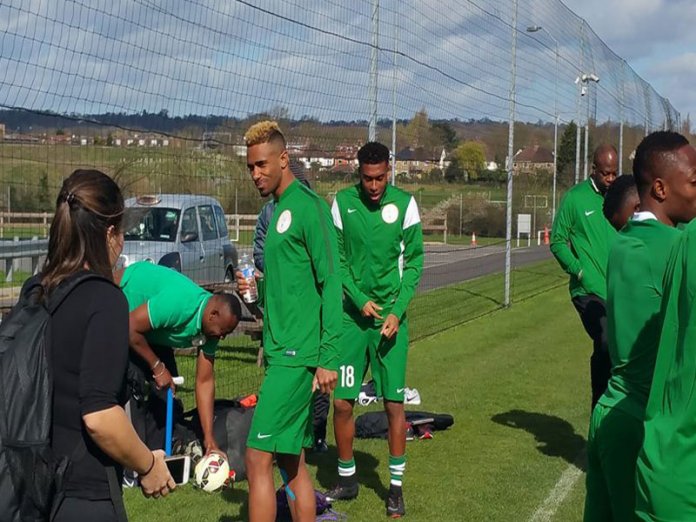 Super Eagles defender, Leon Balogun and Alex Iwobi were picked on Wednesday night for the mandatory random dope test after the 2-1 win over South Africa at the Cairo International Stadium.

Just like it happened to Kenneth Omeruo and Chidozie Awaziem, the two players did not travel with the team to the hotel after the match and were made to face the tournament anti-doping team.

The match which ended at about 11pm Egyptian time made the duo to stay late till early hours of Thursday after the process. Sadly, the duo were not part of celebration party of the team in the dressing room as they were among the players selected randomly after the match for test.

Interestingly just like in the second round match in Alexandria, Balogun was late substitute for Iwobi at a time Super Eagles had the job done and wanted to sit behind the ball to kill time.