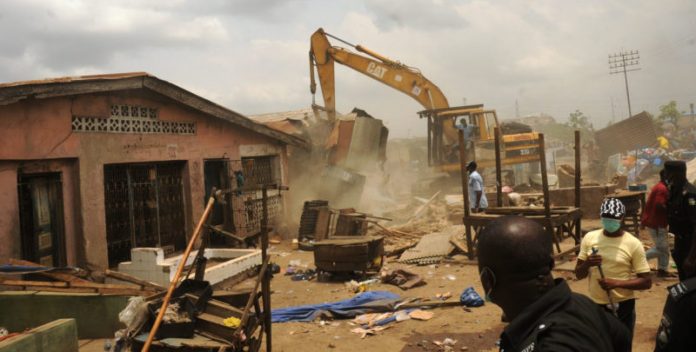 The FCT Administration has begun the demolition of 121 marked structures in Lokogoma District, following the expiration of the two-week ultimatum given by the Permanent Secretary FCTA, Chinyeaka Ohaa, for owners of buildings obstructing flood plains and natural water channels at the Lokogoma District to evacuate such properties.

A statement by the FCTA Chief Press Secretary, Gbenga Ogunleye, said the enforcement team of the Department of Development Control began the removal exercise from the IPENT II Estate of the District on Thursday.

According to Ogunleye, the Director, Department of Development Control, Mukhtar Galadima, said that the exercise may last for one month considering the difficult terrain their equipment will have to navigate through.

Some of the structures to be demolished include whole buildings, fences and illegal attachments.

He also said that legal action might be taken against offending developers as the Department was working very closely with the Legal Secretariat of the FCTA to consider its legal options.

Muktar said that all the structures being removed had received stop-work and demolition notices long before the exercise commenced, but the developers ignored such warnings.

The exercise he further said will be carried out in other mass housing districts of Kafe and Karsana where there were also such violations.

It will be recalled that Ohaa paid an unscheduled visit to the Lokogoma District late last month following a heavy rainfall which reportedly claimed one life.

The permanent secretary subsequently issued a two-week notice for all structures on flood plains and water channels to be removed by the Department of Development Control.

Lokogoma District is situated in an area through which Rivers Wumba and Kabusa navigate through. However, several developers constructed houses on flood plains and water channels which often lead to severe flooding that affect lives and property.

Following series of meetings with the residents and an extensive public enlightenment campaign, residents of the various estates endorsed the action by the FCTA. 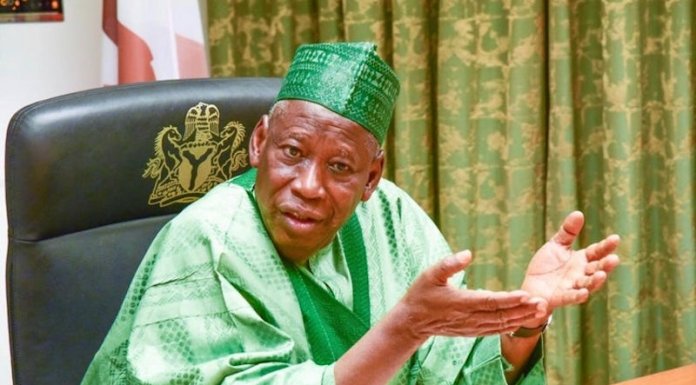