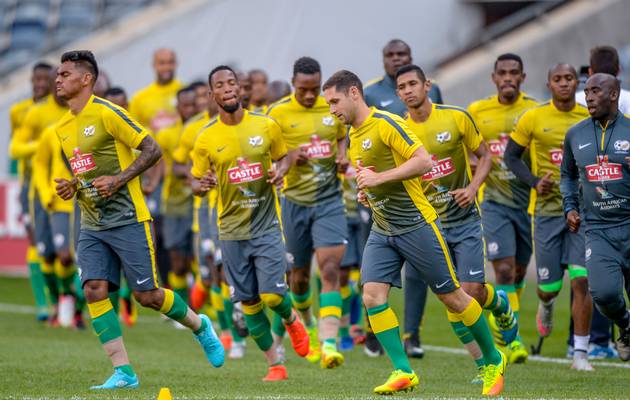 Bafana Bafana of South Africa coach Stuart Baxter has said they have massive respect for their quarterfinal opponents Nigeria but confident of reaching the last four.
He said the Eagles are stable and remain one if the best in Africa. He believes today’s tie will be one of the most difficult for them.

“The most important thing for us is to remain very humble. If you look back not so long ago, we would be overconfident going into the game against Nigeria,” he told media during Tuesday’s pre-match conference.

“We should be under no illusion, the Nigerian team is one of the best on the continent. They are a stable team and this squad has been together for quite a while and it will be a massive but difficult game for us.”

Baxter said his plans for the clash include how to stop top scorer Odion Ighalo from functioning.

Baxter identified Ighalo as one of the most dangerous players in the Nigerian fold but they have plans to cut short the supplies to the Shenhua Shanghai forward. Ighalo is the tournament joint top scorer.
“We don’t make plans to stop individual players, rather we will do it as a team. We will find a way of stopping the ball from getting to him. It is up to our back four to do that. The midfielders too have to help screen the defence,” he stated.