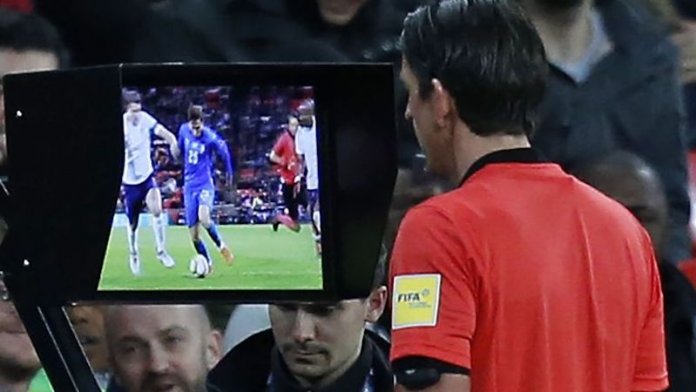 The first quarter-final clash of the Total Africa Cup of Nations Egypt 2019 between Senegal and Benin this afternoon at the June 30 Stadium, will go into the history books as the first ever game at the AFCON finals with the Video Assistant Referee (VAR).

The use of VAR from the quarter-final stage of Egypt 2019 followed the approval of the CAF Executive Committee. Match officials have been preparing feverishly for its usage since both The International Football Association Board (IFAB) and world soccer governing body, FIFA gave CAF the permission to use it from the quarter final stage of the continental showpiece in the land of the Pharaohs.

According to IFAB, the use of VAR in matches is aimed at reducing unfairness caused by ‘clear and obvious errors’ or ‘serious missed incidents’.

CAF admitted yesterday that since the beginning of the tournament, there have been mock tests of VAR during selected matches, which gave the match officials a practical feel of the system which is expected to enhance officiating at the flagship continental event.

It will be the first time CAF will be applying VAR at a major championship, after a mock usage during the Total African Nations Championship (CHAN) in Morocco in 2018. It will be recalled that VAR made its entry into African football for the first time at the Total CAF Super Cup clash between Wydad Athletic Club (Morocco) and TP Mazembe (DR Congo) in Casablanca in February 2018.

It was followed by the final matches of the CAF Inter-clubs competitions in 2018 and for the 2018/19 season, and the 2019 Total CAF Super Cup in Doha, Qatar.

IFAB Technical Director, David Elleray, who has been supervising the VAR training sessions at the Military Academy Stadium in Cairo, has lauded the decision to have the system for the remainder of the competition.

“CAF is being sensible for introducing VAR at the quarter-finals of the Africa Cup of Nations. This is a critical stage of the competition and there are key matches. It is better to have quality in terms of decision making and VAR will help do that,” Elleray told CAFOnline.com.

“We have been working on this since April 2018. It has been a process and with the support of CAF Instructors. We are satisfied so far with the preparations and we are training everyday to get better.”

Two Europeans referees, according to CAF, have been brought on board to support the VAR system based on their experience and familiarity with the latter. They are Paulinus Van Boekel (Netherlands) and Benoit Millot (France).