The Archbishop of Enugu Ecclesiastical Province (Anglican Communion), Most Rev. Emmanuel Chukwuma, has debunked an allegation that some governors of the South-east geo-political zone have secretly allocated lands to herders for RUGA settlement, stressing that none of the governors donated land for the scheme.

This is coming as the Ohanaeze Ndigbo Youth Council Worldwide yesterday warned that the reaction by the Coalition of Northern youths over the suspension of Ruga settlement by the federal government was an invitation to war on the Southerners.

Chukwuma made the clarification during his sermon at the 85th Birthday/Thanksgiving Service for Dame Beatrice Ekwueme, wife of the late former Vice President Alex Ekwueme.

He disclosed that he had discussed with the governors of the South-east zone on the matter, adding that “even last night I spoke with Governor David Umahi, the Chairman of the South East Governors Forum and most of the governors in South South”.

He further disclosed that he is always in touch with his host governor in Enugu State, Hon. Ifeanyi Ugwuanyi and urged the people not to misinterpret or misunderstand his efforts at maintaining peace in the state.

“No governor in the south east has agreed with me that there will be any land for RUGA settlement, let me clear this”, he said.

Meanwhile, the Ohanaeze Ndigbo Youth Council Worldwide yesterday warned that the reaction by the Coalition of Northern youths over the suspension of Ruga settlement by the federal government was an invitation to war on the southerners.

The group also condemned the 30-day ultimatum given to the federal government and the governors to implement the suspended RUGA settlement policy.

In a statement issued by the President General of the group, Mr. Okechukwu Isiguzoro, the group accused the northern youths of promoting hate speech banned by the federal government through the ultimatum and called on the government to call them to order.

The youths commended the federal government for suspending the RUGA settlement programme and urged the Northern youths to obey the suspension and stop issuing threat over it.

“We studied and weighed the implications of the recent threat and 30-day Ultimatum from a Northern group named ” Coalition of northern groups” over the suspension of Ruga settlement by the presidency, and there have been unnecessary tension in the Southern Nigeria especially Igbos emanating from the threat of these Northern group.

“We are fully aware that these recent threats are targeted only to the lives and properties of peaceful Nigerians of Igbo extraction doing businesses in 19 Northern States and this is a declaration of War against the Igbos.

“We will not fail to explore all peaceful avenues for the protection of lives and properties of Igbos living in the 19 Northern states, but warn that our peaceful approach should not be understood as weakness, as there are other options, open to us over the recent threat, but we will legitimately pursue peaceful ways to avert this imminent mayhem and genocidal ethnic cleansing against Igbos in the North,” the statement noted.

The group  urged the Coalition of Northern groups to direct northern governors to opt for the second option of ranching through this peaceful National Livestock Transformation Programme rather than Ruga settlement, which was clearly rejected by the Southern Nigeria especially the South-east and South-south governors and their people.

The group also warned that the youths of South-east and South-south are not ready to stomach the threat of genocidal ethnic cleansing against the Igbos in the north.

It  called on Ndigbo to be vigilant and defend themselves in the north, and relocate immediately their business headquarters to the east. 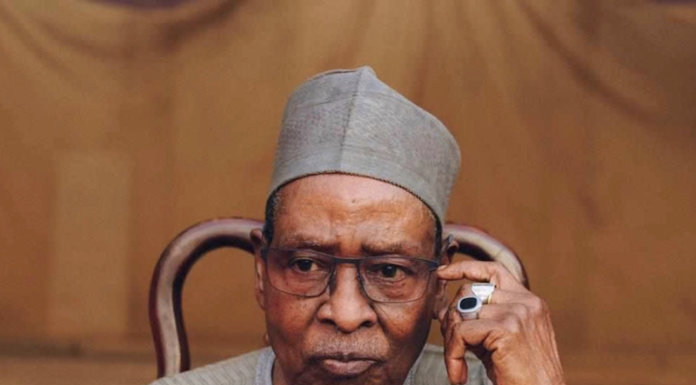