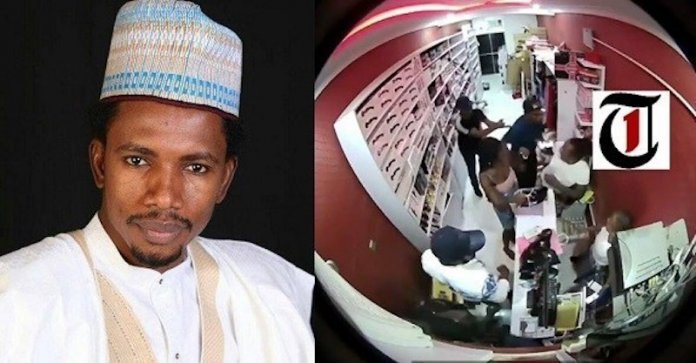 Senator Abbo is being investigated by the police following an assault case captured on CCTV in Abuja, where he slapped a sales girl repeatedly in a sex toy shop.

He was detained over the weekend, and later released after meeting conditions for an administrative bail.

The action of a newly-elected senator had sparked protests and calls for his arrest and prosecution by human rights groups.

The Senate and the opposition Peoples Democratic Party (PDP) had set up committees to probe the senator’s outrageous conduct.

Abbo had also at a press conference in Abuja, pleaded for forgiveness over his conduct.

In an interview with THISDAY yesterday, the FCT Police Commissioner, Bala Ciroma, said the senator may be charged to court today.

He said the senator was granted administrative bail after meeting some conditions.

“I cannot give you an outright answer but tomorrow, if we are going to charge him we will reach out to you.

“We will tell you the court so you can go and cover it. There is no way we can charge him before 12 p.m; so give us time”, he said.

Ciroma said Abbo was granted bail in accordance with the law.

“He did not spend the weekend with us, and we tried to be law-abiding as you demand of us”, he said.

Ciroma did not give specific terms of the bail; but a police source said they were “stringent enough to secure his return to the investigators as may be necessary.”

It was gathered that Abbo was released because the victim of the assault had travelled out of Abuja to attend the burial of a deceased family member.

Ciroma had said he would carry out a thorough investigation into the matter in order to give all parties fair hearing and to see that justice is done.