One of the nation’s foremost warships, the NNS Thunder, has arrived Onne seaport in Rivers and set to begin a patrol of Nigerian waters, after being grounded since 2016, due to failure of its critical components and machinery.

The warship, equipped with modern navigational technology and arsenal, according to the Commanding Officer, NNS Thunder, Capt. Shuaib Ahmed, took the navy about two years to repair the warship, mainly due to unavailability of spare parts.

“So, due to this factor, the vessel had remained parked at Onne seaport because its system is a new addition in our inventory. We sourced the spare parts abroad and when they finally arrived, the defects in the machineries and auxiliaries were fixed. After the repairs, we took the warship to machinery trial to attest to repairs done, and thereafter, proceeded to sail for about a week at sea,” he said.
Ahmed, said the warship sailed to Agbami oil field, Okore fields, Okono fields and Bonny channels before making its return to Onne seaport.

The commanding officer added that efforts were ongoing to improve the navy’s capacity to produce the vessel’s spare parts locally.
“Bringing back this ship to sea is a great achievement for the Nigerian Navy. There is nobody within the maritime domain that does not know proficiency and capability of the NNS Thunder at sea. So, NNS Thunder is a big asset that when deployed to sea, sends shivers down the spines of criminal elements. The ship has capabilities to track criminals anywhere at sea,” he said.

He noted that the vessel’s resumption of its normal patrol of the nation’s territorial waters would significantly checkmate activities of sea pirates, sea robbers and oil thieves, among others.

Meanwhile, the Nigerian Air Force (NAF) is set to emulate the Nigerian Navy, by embarking on an in-house rehabilitation and reactivation of its Mi-35P and EC-135 combat helicopters in Port Harcourt.

The NAF Director of Public Relations and Information, Air Commodore Ibikunle Daramola, indicated this in Abuja, saying the reactivation was in furtherance of its commitment to ensure availability of more serviceable platforms for the prosecution of the ongoing war against insurgency and other forms of criminality in the country.

He said the Chief of the Air Staff(CAS), Air Marshal Sadique Abubakar during an operational visit to 115 Special Operations Group (115 SOG) Port Harcourt, inspected the ongoing in-house reactivation works on the Mi-35P and EC-135 helicopters.

“Upon completion in the first quarter of 2019, the reactivated aircraft will be available for deployment to enhance NAF operational efficiency in the discharge of its constitutional roles,” he said.

Daramola explained that the operational visit to 115 SOG was one of series of visits by Abubakar to NAF units across the country.
He further said the visit was to assess NAF’s operational readiness in tackling emerging security challenges as well as progress of work on the reactivation of various platforms.

He said the air chief during the inspection was conducted round the completed Base Defence Coordination Centre (BDCC), by the Commander 115 SOG, Air Commodore Elijah Ebiowe.

Daramola said the CAS also inaugurated a new block of 18 single-bedroom Corporals and Below Quarters.

He said the BDCC, was equipped with communications and surveillance equipment to boost the operational capacity of the unit in the area of intelligence gathering and real time coordination of the Base Defence Plan.

He said the BDCC would also help in timely response to security exigencies within the Unit’s Area of Responsibility (AOR). 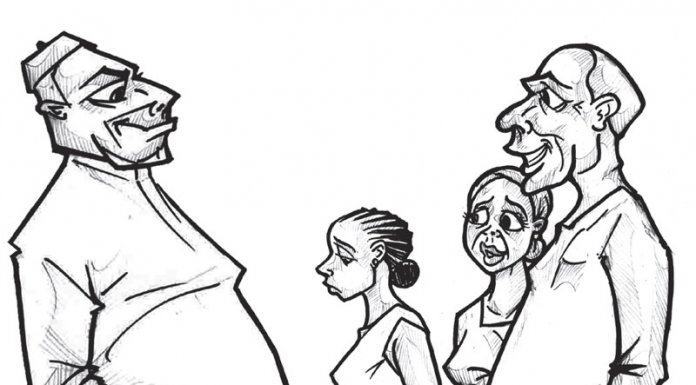