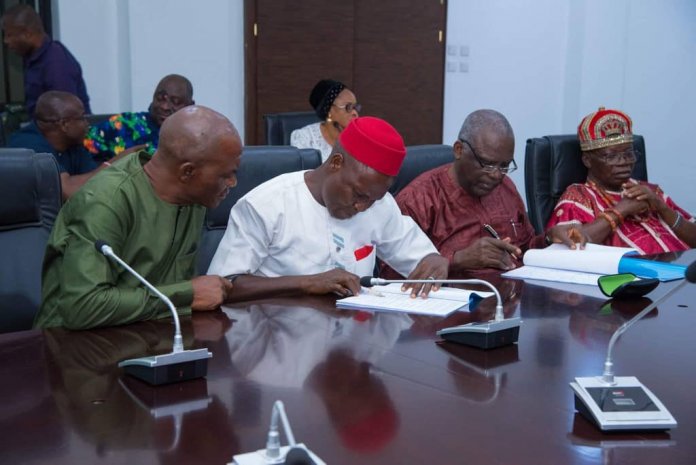 Consequently, the Ministry of Rural Development, through the Permanent Secretary, Chuka Ezike, also announced the dissolution of the existing Town Union Executive of old Oruku Community and the constitution of Caretaker Committees for the two communities for a period of six (6) months.

It would be recalled that the age-long inter-communal dispute between Oruku and Umuode communities in Nkanu East Local Government Area, was finally laid to rest a few weeks ago, after the leaders of the two communities signed agreement on land ownership and boundary delineation, at the Government House, Enugu, at the instance of Governor Ifeanyi Ugwuanyi.

The two communities had disputed land ownership for over two decades (25 years), leading to persistent civil unrest despite interventions by past administrations.

The recent government decision was to sustain the lasting peace brokered between the two communities by the Enugu State government.