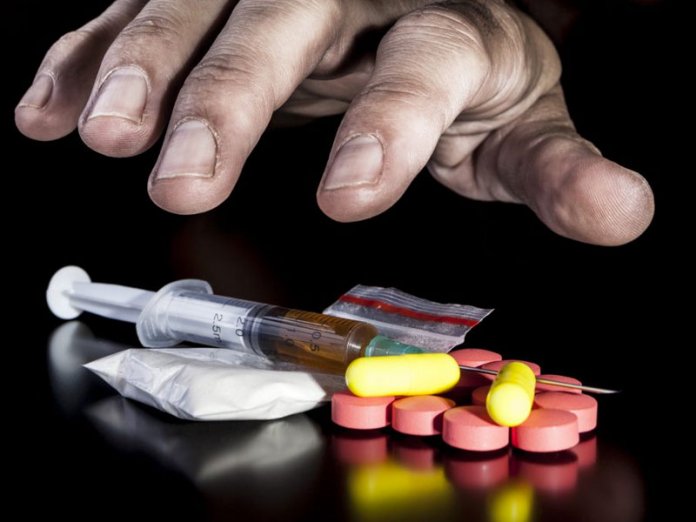 As Nigeria joined the rest of the world to mark the International Day against Drug Abuse and Illicit Trafficking, experts say the country is sitting on a time bomb with over 14 million Nigerians living on hard drugs. However, Christ Against Drug Abuse Ministry hopes to change the narrative through campaigns and establishment of rehabilitation centres. Ayodeji Ake and Sunday Ehigiator report

Kemi Adeniji is not a happy woman. She wakes up every day with a hollow in her heart because her once-brilliant son, Ayodeji Adeniji, is now a shadow of his former self. He is addicted to illicit drugs as a means of escapism, thus thwarting his mother’s dreams and wishes for him.

It was not always so. A few years ago, Kemi was the happiest woman on the planet when her son gained admission into one of the private universities in Oyo State. To her, he will graduate and become the pride of the family.

But she was wrong. Peer pressure didn’t allow Ayodeji concentrate in school. By the time he was in 200 level, and at age 20, he was consumed by the bad influence from his hostel mates. He had become addicted to Indian hemp.
Kemi spoke to THISDAY during the commemoration of World Drug Abuse Day, organised by Christ Against Drug Abuse Ministry (CADAM), an offshoot of the Redeemed Christian Church of God (RCCG).

“When he first gained admission into the institution, he first complained that 300 level and 400 level students were merged in the same room with him, and that they take Indian hemp which makes him dizzy,” Kemi recalled, adding that he was later relocated to another room.

“But I was called upon one day to come to his school, and it was then I realised my son has started living on drugs. He used to dislike bathing room slippers, but that was what he was wearing. The school security then told me he was expelled. I did all I could to restore him back to class, but I was told to write an appeal which eventually ensured he was only given a one-year suspension.”

ince then, Kemi has not known peace, she used to have five shops, but has now sold three; all in a bid to ensure her son stop drugs. She moved from pillar to post until someone eventually introduced her to CADAM where her son is currently receiving mental health treatment.

Prevalence in Nigeria
Ayodeji is just one among over 14 million Nigerian youths presently living on hard drugs in the country.
Experts say the rate of consumption of illicit drugs and other dangerous substances have reached a serious and alarming proportion with Nigeria moving towards being one of the highest hard drug consuming nations globally.

The abuse has been broadened to include prescription medications like Opioid analgesic, tramadol, codeine containing syrup and benzodiazepines. In fact, 14 percent of the world’s population of opioids abusers are Nigerians. Some other nonconventional substances are also commonly abused, like inhalants, lizard dung and bio-generic fumes.

In a recent publication by the United Nations Office on Drugs and Crime (UNODC) on the prevalence of drug use in Nigeria, the country recorded a prevalence of 14.4 per cent which is more than twice the global average of 5.6 per cent and it was observed that drug use was most common among those who were between the ages of 25 and 39.

In Nigeria alone at least 14.3 million people between the ages of 15 and 64 used drugs during the period under review (2017) with one in seven persons in this age group involved. This is against a global average of one in 20 persons.

It is also worthy of note that one in four people who abuse drugs are women. It is therefore not surprising that most of the crimes perpetrated in the society are by teenagers and youths who are under the influence of drugs.

According to the Director General, CADAM, Mr. Dokun Adedeji, women constitute 25 per cent of drug abusers in Nigeria, hence the need to also put special interventions in place for them, as it is the case for men.

He said: “That is also reflected in the admission into our rehabilitation centres where women population is below 10 per cent at any time. Generally speaking, in a recent publication on the prevalence of drug use by UNDOC, Nigeria recorded a prevalence of 14.4 per cent which is more than twice the global average of 5.6 percent and drug use was most common among those who were between the ages of 25 and 39.”

Process at CADAM
He said CADAM has over time engaged in education to curb drug abuse and has established rehabilitation centres to provide treatments.
“CADAM prides itself in its world class rehabilitation facility in Epe, Lagos State. We provide treatment and rehabilitation services to about 200 drug dependent persons every year. They undergo 12 months program. We empower beneficiaries with skills such as IC, home economics training, photography and other empowerment programs,” he said.

He further charged the government on involvement and commitment in order to forestall the scourge of illicit drugs in Nigeria.
Speaking on the theme, ‘Our Crisis of Drugs and Substance Abuse’ Adedeji said there was need for strong campaign and advocacy to curtail the menace of drug abuse in the society.

He said: “CADAM is a faith based nongovernmental organisation under the auspices of the Redeemed Christian Church of God, and we have been helping drug dependent people since 1991. We have turned out over 2000 graduates from our rehabilitation centres in Akute and Epe, most of whom had undergone a 12-month drug rehabilitation program and have fully been integrated back into society and doing well today.

“As a faith-based NGO, we have found the church as a pivot in reaching out to both young and old. Our Church Engagement Program (CEP) is that in which we take up every opportunity given to educate christians on drug abuse and its menace and offer a helping hand to those who need counselling and treatment as the case may be. This is ongoing in RCCG parishes in Lagos State. This could be extended to other churches as the need arise. Same would be implemented in other states overtime. CADAM prides itself in its world class rehabilitation facility situated in Araga, Epe, Lagos State. Here we provide treatment and rehabilitation services to about 200 drug dependent persons every year,” he said.

Charge to Government
Adedeji, who charged the government to tackle drug abuse head on, said there was need to establish credible drug rehabilitation centres across the nation as there were only few places where drug victims and dependent persons can access treatment and rehabilitation in the country.

He said: “At this time, we should work on non-stigmatisation of drug patients. There is also need for intensive advocacy to attend the prevailing ignorance of Nigerians youths on dangers inherent in drug abuse.

Support for Drug Victims
The Director, Rehab and Field Operations, CADAM, Mr. Anthony Nkem, harped on adequate support for drug victims.
He said: “Drug abuse is a public health issue and not a criminal issue. The drug dealers should be punished adequately, while the drug users need help which is the only reasonable way because in all circumstances, they are helpless. What we are saying in essence is that drug users shouldn’t be criminalised.”

Role of Parents
The Senior Special Assistant to the President on Sustainable Development Goals (OSSAP), Mrs. Adejoke Orelope, represented by Deputy Director Programs, OSSAP, Dr. Ifeyinwa Nnamchi-Ukaegbu, commended CADAM on the initiative in bringing stakeholders together to brainstorm against drug abuse in Nigeria.

She said: “CADAM’s event is strategic and I must say it is a welcome development because it focuses on social development that will help Nigeria curtail the menace of drug abuse most especially among our youths. The federal government has declared it a state of emergency for us to do something to reduce the effect of drugs and substance abuse. This event is directly related to the United Nations sustainable development goals three talking about health and wellbeing of our people. So, we can say this program is a way of achieving that goal.”

As a mother, she urged parents to cultivate the habit of educating their children on the effect of drug abuse.
“As a mother I felt bad because it is what’s going on in so many homes. Their children are dropouts because of drugs. As parents, we should advise them against it, she said.

Priority
The Director General, Nigerian Association of Chambers of Commerce, Industry, Mines and Agriculture, Amb. Ayoola Olukanni said the national figures from surveys has shown millions of Nigerians were on drugs, adding that there was need to give the fight a priority.
Olukanni emphasised on the need to educate young Nigerians early enough, adding that government should have a national policy against drug abuses.

He said: “We have to development new policies because drugs are unfolding every day. We must follow the trend so that we can quickly come out with national policies to address the growing epidemic.