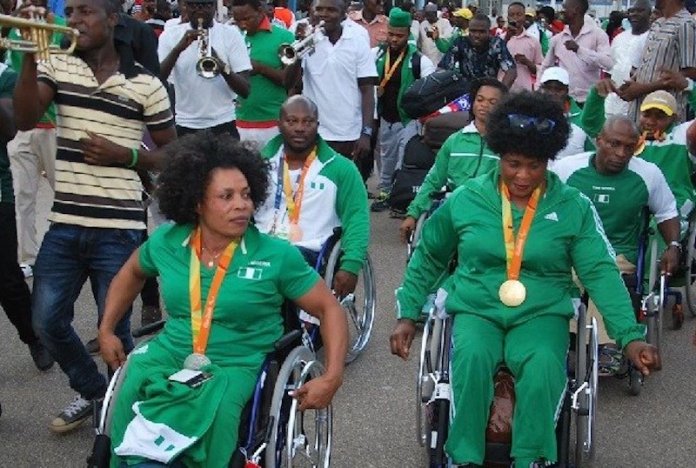 Nigeria’s participation in the table tennis event of the Tokyo 2020 Paralympic Games was confirmed yesterday at the 2019 Africa Para Table Tennis Championship holding in Alexandria, Egypt as four players secured their places in Japan.

Victor Farinloye will be debuting at the games after the Nigerian sealed his place in the men’s Class 8 after emerging champion at the tournament.

Also Rio 2016 Paralympian – Ahmed Koleosho returned to the games after emerging champion in the men’s Class 3.

Sydney 2000 gold medalist, Tajudeen Agunbiade had an easy ride to the final in the men’s Class 9, where he defeated Egypt’s Hussein Hussein 3-1 to emerge as champion as well as secure his pass to Japan.

Olufemi Alabi, also a Paralympian will be returning to the global sports fiesta in Japan after he had to work hard to beat South Africa’s Theo Cogill 3-2 to win the men’s Class 10 and booked his place at Tokyo 2020.

2018 Commonwealth Games silver medalist, Faith Obazuaye is now in vantage position to qualify after the Nigerian star emerged champion in the women’s Class 10. To validate her eventual qualification, Obazuaye needs to attend a Factor 20 tournament in Europe within the next six months to be sure of making it to Tokyo 2020.

The qualification of the four players became clear following their participation at the Jordan Open earlier this year while the inability of Obazuaye to have featured in any competition must have put her qualification on hold.

Nasiru Sule who was initially aiming for fifth appearance at the Paralympic Games lost the slot to Egypt’s Abdelghafar Kamal Ayman, while Faith Obiora also lost the qualification to an Egyptian parliamentarian – Faiza Mahmoud who will become the first female African to feature in four Paralympic Games.

But the most unlucky Nigerian in Egypt was Isau Ogunkunle who was aiming for his debut in Tokyo as the Ogun State-born national champion in the men’s Class 4 narrowly lost to African champion – Egypt’s Mohamed Sameh Eid Saleh. Ogunkunle had earlier in the group stage defeated the Egyptian 3-2 but in the final, the experience of the veteran came to fore as he claimed the title at 3-2 to secure a place at Tokyo 2020 as the first African para table tennis player to be featuring in five Paralympic Games.