It all started with an article written by Ore Ogunbiyi. The article, published in December 2017 for a student newspaper, was titled “A Letter to My Fresher Self: Surviving Cambridge As a Black Girl”. In it, the daughter of the media mogul Dr Yemi Ogunbiyi had delved into details of “everything from impostor syndrome and relationships at university to stagnant curriculums,” according to her friend and co-author Chelsea Kwakye.

Ms Ogunbiyi had contested for presidency during her college students’ union election and had lost to someone she considered a less-experienced candidate. Saddened by her loss, she spent her period of isolation and despondency pouring out her thoughts in writing. How, she had wondered, would she look at the brighter side of her experience without playing the victim card? After all, even as a black girl, she was still surviving and thriving. Of course, she needed to acknowledge how difficult it is to other black students. But then, it has not been a non-stop tale of gloom.

This led to Ogunbiyi and her friend Kwakye – both 22-year-old Cambridge University graduates – recently co-authoring a book, titled Taking Up Space: The Black Girl’s Manifesto for Change, which was formally launched in the UK on Thursday. These young black female authors were also on local television, answering questions about their books, which is the second title from #Merky Books, a partnership between Penguin and the English rapper Stormzy. The latter, meanwhile, has also offered to fund two Cambridge scholarships for black students in the UK.

Prior to writing Taking Up Space…, the two women were actively involved in initiatives facilitating access to Cambridge for black people. In the process, they set up the Cambridge University African Caribbean Society’s first access and mentoring scheme. “Earlier that year we shot the #BlackMenofCambridgecampaign, which thrust us and our society into the spotlight,” Kwakye had told a UK-based journalist, Anita Sethi, in an interview published in the British newspaper, The Guardian. “We gained a lot of media attention and conversation was buzzing around what it means and looks like to be black within predominately white universities and institutions.
It was my sister who suggested we write a book. Then someone from #Merky reached out to us – having heard about our efforts at Cambridge – and the next thing we knew we were in a meeting with Penguin.”

In the book, the authors seek to dispel the notion of a single story to the black experience. They, even as Cambridge University graduates, hail from different backgrounds. While Kwakye was born and raised in Chingford of Ghanaian parents, Ogunbiyi was born in Croydon and had moved to Nigeria when she was seven before returning to England at 13 to attend a boarding school. Kwakye, who graduated with a degree in history, is studying at the University of Law in preparation for a training contract with a City law firm while Ogunbiyi, a graduate human, social and political sciences, has just completed a master’s in journalism at Columbia University in New York, US.

Stressing further the differences, Kwakye’s parents had arrived the UK from Ghana with nothing. Her mum, a cardiology nurse, and her dad, a lifelong worker in a post office depot, anchored their hopes and expectations on their children becoming good kids. As for Ogunbiyi, she had grown up looking up to a dad that holds a PhD in English and dramatic literature.
The meeting of the kindred literary souls was “like a love story”, Kwakye told Sethi. They had met just before their enrolment at the university at a careers event. “I was quite reserved, quite shy. I remember seeing Ore and she was so confident and really determined to get her point across and I was thinking…, she’s amazing, this is how I need to be – if I’m going to thrive at Cambridge, I need my voice to be heard.”

Their journey to Cambridge University passed through different paths. Ogunbiyi only knew what Oxford or Cambridge stood for during an announcement in her school’s assembly about girls who were admitted. Her brother, a habitué of golf summer camps, had inspired her to want to go on one. That was when she thought she could try doing at Cambridge. So, she attended went this summer course, where she learned so much about international relations. In addition to falling in love with the place, she also realised what her interests and passions were. “I was like – before, it was my dad’s dream, but now it’s my dream and I’m going to work super hard to get it,” she told the journalist Sethi.

In Kwakye’s case, it was the motivational words of her history teacher, which spurred her on. The teacher kept telling her, “you know what, you can definitely do it”, but she didn’t want to be disappointed. Then, there was one of the PE teachers, who said “if you got to interview stage, you’d 100% get in”. Thus encouraged with a few people rooting for her alongside her whole family, she took the bold step forward, asking herself: “Why not? What are you scared of?”

Choosing the title Taking Up Space for the book was, for the young authors, a way of deconstructing the meaning of the word, “Space”. It was a defiant way of unapologetically asserting themselves in a space that seems to treat them like aliens.
In one of the book’s chapters, titled “Blacktivism”, Ogunbiyi describes her role in the stolen Benin bronzes campaign. Specifically, her activism helped in the removal of a bronze Benin cockerel, titled “Okukor”, from public display at Jesus College, Cambridge in March 2016. The statue had become controversial that year because it was seen as a symbol of looted art and colonialism. Hence, the demands that it be sent back to Nigeria.

In another chapter, #AcademiaSo-White, Ogunbiyi discusses the cause of the racial imbalance in the academia. This, she attributes to the school curriculum, which makes it possible for students to pass through school learning nothing at all about black histories. It’s important to get to university and combat this idea that there’s no space for us in academia because there should be,” she argued. “The stats are pretty “shocking – 1.8% of all academic staff in the UK are black, and it’s 0.6% at professorial level. And it’s not because we’re not clever.”

While at Cambridge, there were enough things – the portraits on the wall, the fact that more black people were being employed as cleaners, porters and receptionists than they were as academics – reminding her that she didn’t belong there. This was despite the fact that there were people telling them that they were welcome. This, she called the impostor syndrome.

Both authors had to struggle with the expectations as the poster children of their race. Kwakye, as the only black woman in her 2015 history cohort, for instance, had “felt a constant pressure to be a representative for the whole black population”. Ogunbiyi especially dislikes the term BAME (Black, Asian and Minority Ethnic) “because it conflates the different issues that groups face and glosses over them.” She also has a problem with conflating Africans and Caribbeans, “because in access stats, Caribbean students perform worse than black Africans.”

Then, there is the issue of anti-black racism not coming from white people alone. “I was asked if I went to the other university in Cambridge (Anglia Ruskin) by a south Asian boy.”

A chapter that Kwakye wrote on mental health urges the reader to look beyond frameworks and theories, emphasising that it permeates daily lives and experiences of people. 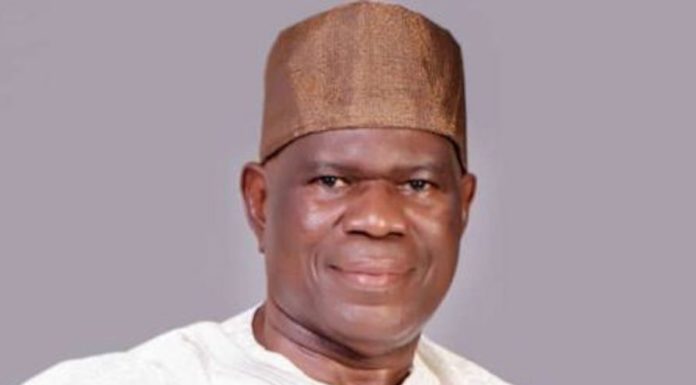