There appears to be a keen competition among the state governments as they seek ways to augment their monthly allocation from the federal purse. But the fact is that financially disadvantaged states with low revenue have increased their drive for internally sourced revenue, forcing behind the big ones. Ondo, Bauchi, Imo and Sokoto are four among top 10 states that doubled their IGR in 2018 according to a report from the Joint Tax Board. Bamidele Famoofo reports

While it would appear that the big states are resting on their oars in their drive to generate additional revenue to augment their monthly revenue allocation from the federal government, the small ones are leaving no stone unturned to earn more money to pay salaries and possibly build infrastructure that will drive development in their domains.

A report published recently by the Joint Tax Board (JTB), an umbrella body of all the tax authorities in Nigeria, which is saddled with the responsibility of promoting and ensuring uniformity, harmony and efficiency in the administration of personal income tax in Nigeria, declared Ondo State the most improved state in internal revenue generation in 2018 followed by Bauchi State.

The report labeled ‘2017/2018 Comparative IGR Performance and Percentage Growth’, showed that Ondo State, a state in the South-west region, with a population of just a little above four million people, generated about N24.79billion internal revenue in 2018 as against N10.93billion in 2017, representing an annual growth of about 126.7 per cent in a space of one year.

Bauchi State, which is located in the North- east, grew its IGR from about N4.37billion in 2017 to N9.69billion in 2018, representing an increase of about 122 percent. Another state which broke away from its comfort zone, increasing its IGR by more than 100 percent in 2018 was Imo State, in the South –East axis of Nigeria. It recorded about N14.9 billion at the end of the fiscal year ended December 2018 compared to about N6.85billion in 2017, representing an increase of 117 percent.

Sokoto and Kogi States registered their presence on the top five chart with IGR growing by 108 per cent and 71 per cent respectively in 2018. Sokoto, a North-western state increased from N9.02billion in 2017 to N18.76billion during the review fiscal period ended December 31, 2018 while its counterpart in the North-central region, Kogi State moved up 72 percent from N11.24 billion in 2017 to N19.31billion in 2018.

Gombe, Jigawa and Zamfara all in the northern parts of Nigeria increased IGR in the region of 30 percent to join the league of top 10 most improved states in terms of local revenue growth in the review period.

A statement from the office of Ondo State Governor, Mr. Rotimi Akeredolu, said the rating was a confirmation of the state government efforts over the past two years that were aimed at charging all the revenue generating ministries, departments and agencies (MDAs) to improve on their revenue generation as a way of building a strong economy base in the state.

“The state Board of Internal Revenue (BIR) has proven to be effective with its plans, which has successfully brought major stakeholders in revenue generation together to review, highlight and proffer solutions to challenges militating against optimum performance”, the statement noted.

The statement revealed that upon the assumption of Akeredolu into office as the executive governor, he reiterated his commitment to mapping out various strategies that are in line with the global best practices on revenue generation, noting that the rating was a testament of the effort of the governor at improving the fortunes of Ondo state.

Meanwhile, Lagos State, the commercial city of Nigeria, ranked 19th on the list of the most improved states in IGR despite accounting for the biggest chunk of IGR generated by states in the review fiscal year. With its N382.18billion revenue sourced internally in 2018, IGR drive only improved by 14.4 per cent from N333.97billion accrued in 2017.

Analysts believe the ability of the state to generate higher IGR in the future is under a big threat considering the fact most corporate organisations that operate in the state and pay tax are seeking alternative destinations for their businesses.

Chief Executive Officer, Alpha Africa Consulting and former CEO of Asset Management Company of Nigeria (AMCON), Mr. Mustafa Chike-Obi, told THISDAY in an interview that Lagos state was extreme in its tax rates and warned that investors and companies will seek alternative operating environment in states that are ready to provide the necessary infrastructure.

His words: “Lagos State overtaxes, but the people have no choice. But l can bet that in the next 20 years, businesses will start moving from Lagos to friendlier states. If the other states build infrastructure Lagos state will be empty in the next 20 years unless they make changes in their tax rates. For instance, if we make the inland waterways usable and build ports across states and make the roads motorable, Lagos will be empty”.

Though Chike-Obi decried the high tax regime in the country with a particular mention of Lagos, he believes the enforcement drive to collect tax in the country at large remains low. “I think the tax rate is too high, but enforcement is too low. Enforcement comes from two things; people feeling that they should pay because they are getting something from government. So there is a moral side of taxation. The other side is doing things that forces people to pay taxes. On the rates side, they are too high and on the enforcement side, too low”.

Other corporate chiefs had in recent times decried the problem of multiple taxation in the country, recommending decent rates and proper enforcement for payment of tax as a way for government to rapidly grow IGR.

An accomplished banker, entrepreneur and the founder of Stanbic IBTC Bank Plc, Mr. Atedo Peterside, at a recent business forum organised by the Central Bank of Nigeria in Lagos, pointed out the menace of multiple taxation in the country, noting that it stifles the growth of business. “Some said tax in Nigeria is too high but l say it is not only too high, but also multiple in nature.”

“The last time l had a conversation with the boss at the Federal Inland Revenue Service, FIRS, he told me that the company he considered the most tax compliant in Nigeria at that time was undergoing 88 parallel tax audits by all state governments,” he disclosed. 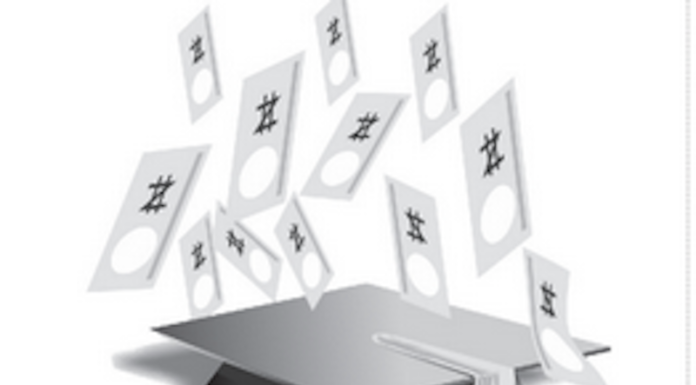