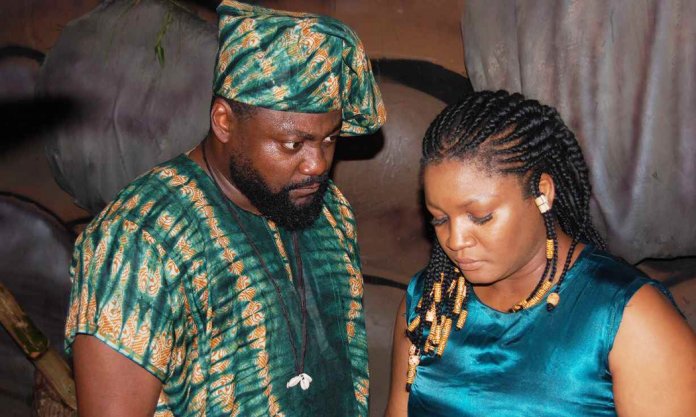 The official trailer for ”Shadow Parties” starring Omotola Jalade-Ekeinde, Sola Sobowale, Toyin Abraham, Yemi Blaq and many other profound actors, has been released.

The movie is about people that had lived peacefully for several decades but suddenly turned enemies, resulting in deaths of many people and displacement of numerous others, majority of them women and children.

It is a story of an Army officer whose unfortunate upbringing was caused by the death of his parents killed by Aje town natives because his father is an Iludun man.

This is a result of a war that broke out between these two communities.

Shot in Lagos and Ibadan, the cast includes carefully selected seasoned actors across Nigeria’s Nollywood, as well as some Hollywood’s actors. It will be shown in cinemas soon.