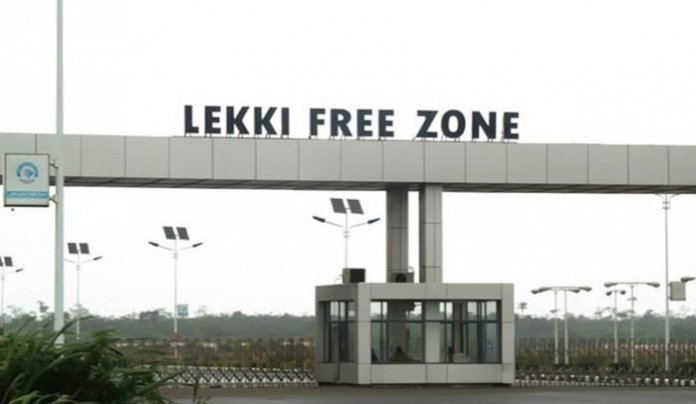 The notorious “mainland-island” rush hour traffic in Lagos is not for the faint hearted. The average commuter has been known to spend more than three hours in traffic congestion, regardless of route, travelling between the mainland to island parts of Lagos between the hours of 5am and 9am. Michael Obamila, a civil engineer who resides in Surulere and works at the Lekki Free Zone (LFZ), refuses to be part of the daily torture. The father of four joins an increasing number of Lagos residents who rent hostels close to their workplaces on the island; live in them from Mondays to Fridays; and return to their families during the weekends.

“When my firm won a contract to work at the Dangote Refinery site (in the LFZ), my wife’s initial joy didn’t last long when it turned out I often came home around midnight and had to leave the next day latest 4am,” he said. “And that wasn’t even the major problem, the fact that I was subsequently a wreck over the weekends and would hardly get out of bed as I needed the rest made matters worse. So, she quickly agreed to this arrangement when some of my colleagues suggested it. This way, I return home Friday nights and have the energy to attend to my family over the weekend.”

Mr. Obamila is part of the over 30,000 people who are currently directly or indirectly involved in various construction activity in the South East Quadrant of the LFZ, where Dangote Group is investing billions of dollars in the construction of a petroleum refinery, a fertilizer processing plant, a gas pipeline project and a petro-chemical plant. While all these are still in construction phase, an estimated 120 companies are providing goods and services valued at N148 billion at the sites. This number will increase as construction scales up.

In other quadrants of the zone, increased activity is also being witnessed. In the South West Quadrant, the Lekki Free Zone Development Company (LFZDC), a joint venture between China-Africa Lekki Investment and the Lagos State Government, has already attracted multiple investors. In the North West Quadrant of the zone, Rendeavour, the largest city developer in Africa, in a partnership with the Lagos State Government, is building Alaro City, a planned 2,000-hectare mixed-use satellite city that has been widely hailed as the next phase in the evolution of Lagos.

Launched in January, Alaro City has already attracted some investors who have commenced construction of their facilities in the city. Ongoing construction of supporting infrastructure in the city, as well as facilities being built by investors, have created hundreds of jobs. Alaro City has particularly gained interest for its provision of residential plots in its master planning; a development that has led to full subscription of the phase one of its residential plots, which the company announced in a recent statement.

The development comes as a much-needed succor to the rapidly declining state of Lagos living. Lagos State receives an estimated 86 people every hour; the highest by any megacity in the world. This number adds to the estimated 24 million people currently living in the city.

Investors in the LFZ see this population and the city’s economic potential. As these investors continue to make a statement in the LFZ, resulting in increased interest and traffic, stakeholders have intensified calls for critical surrounding infrastructure needed to ensure that the area develops in line with expected growth. “Lagos is too small for its population; and this therefore makes the LFZ a laudable project that attracts people off the centre and provides an alternative,” said Femi Lasisi, a surveyor. “However, if the government at all levels fail to properly plan and put in place supporting public infrastructure, we will be heading back to square one.”

As hundreds of trucks head towards the LFZ every day in response to increased construction and related activity in the zone, stakeholders are unanimous in their calls for urgent attention to be paid to transportation infrastructure. The Lekki-Epe Expressway is the major link to the LFZ. Stakeholders have urged the newly inaugurated state government to ensure complete rehabilitation (and expansion) of especially the Epe axis of the road. The road is expected to host its fair share of the 6,650 daily truck movement that the state’s former Commissioner for Commerce, Industry and Cooperatives, Mrs Olayinka Oladunjoye, estimates will occur as investments ramp up in the area.

“The government cannot avoid providing alternative roads to Lekki,” said James Emadoye, president of the Lekki Estates Residents and Stakeholders Association, during a pre-inaugural dinner the group held for Vice President Yemi Osinbajo and Lagos Governor Babajide Sanwo-Olu. “We’ve been told there is going to be a new airport, Dangote Refinery, deep seaport and so on in this area. There is no way you will make these things work without providing better roads, alternative transport system like rail and waterways.”

Governor Sanwo-Olu will also be expected to complete ongoing supporting infrastructure projects such as the design and subsequent construction of the proposed 50-hectare truck park announced by the immediate past administration; as well as supporting roads such as the 7th Axial Road from the Lekki Deep Sea Port, linking the Lekki Free Zone to the Shagamu-Benin Expressway. The proposed Lekki Deep Seaport, a private partnership initiative, has the potential of emerging a game changer in the state and indeed Nigeria; and the government must play its role to make its estimated completion within the next two years a reality.

The development of the LFZ is being keenly watched by Lagos residents; with the more ambitious already investing in real estate within and around the zone. Experts are pointing at next year’s commissioning of Dangote Refinery; the increased development of Alaro City; and the fast-increasing presence of foreign/local investors as major drivers for the increased interest by Lagos residents in the zone. Interest is soaring; and this is evidenced by the increased marketing of the area within real estate circles.

As witnessed with the development of areas like Ikeja, Surulere and Lekki Phase One, Lagos residents – encouraged by the shrinking of the city as a result of its exploding population – are quick to seize opportunities in expanding into new developed areas. The LFZ is the biggest of such evolutions in Lagos; and the state government, as well as the federal government, must therefore avoid the mistakes that hampered these other developments.

The Lekki Free Zone is an ambitious project, no doubt; but nothing is too ambitious for a city like Lagos with over 20 million inhabitants. This number is expected to double in the next three decades. The Population Reference Bureau predicts that Nigeria’s population will hit 397 million by 2050; with over 10% of this figure residing in Lagos.

An increasing number of this population will constantly explore options such as Mr. Obamila’s, at great personal cost, to survive in the mega city. Constantly teased by friends about his living arrangement, which usually exists when a person lives in a different city from his/her family, he waves it off. “It doesn’t bother me, “he said.

“Look at it critically, isn’t movement from one end of Lagos to another like travelling to another city? On four different occasions, my wife who I dropped at the airport got to her destination, which involves a 45 minutes flight, before I got back home from the airport (10 kilometres). I also know that soon I will be able to live in the Zone and access the benefits that come with it.”