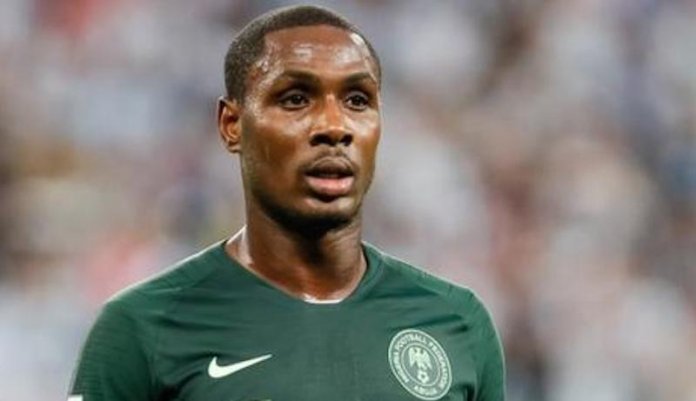 Substitute Odion Ighalo’s 77th minutes lone strike was all Nigeria needed to beat Burundi on Saturday in Alexandria to begin the 2019 Africa Cup of Nations on a promisory note.

The former Watford front man curled finish past Burundi goalkeeper Jonathan Nahimana from an Ola Aina back heel flip to register his presence in the tournament.

Ighalo was the highest scorer in the qualifier with seven goals.

Eagles playing against Burundi — the lowest-ranked side at the tournament — had problems in the first half as the deep playing John Obi Mikel could not fit well into the role having been converted to a defensive midfielder.

The Burundians had struck the crossbar in the first half through defender Frederic Nsabiyumva’s looping header to signal they were not in Egypt to make up the numbers.

With a series of substitutions with Mikel going out for Ahmed Musa and Ighalo coming in for Paul Onuachu, the game changed for the three-time African champions.

In the other game of the group, Guinea will face Madagascar in a debutant affair.