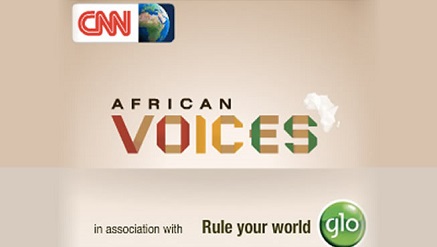 Globacom-sponsored African Voices, a magazine programme of the Cable News Network (CNN), will this week, in its recap, feature three car enthusiasts who engage in rare arts ranging from  spinning, racing and  collection of antique wheels.  They are Amirah Alladeen from Mauritius, Stacey Lee May, a  South African, and Fred Apaloo from Ghana. Amirah got her passion for car rally  from her father, Rayhan Alladeen, with whom she has created a rare record  as the  fastest overall racer during the last stage of the Mauritius National Rally Championship for 2018.

She has sufficiently dominated the largely masculine rally racing circuit with her father often as co-pilot. Stacey Lee May is fondly referred to in her hometown as the queen of spinning. She  has carved a niche  for herself performing jaw-dropping stunts, often hanging out of or jumping out of a muscle car while spinning “donuts” in front of a stunned audience. Trained by her truck driver father with the support of her mum, May saw spinning and drifting on cars as a way to tell her bullies in school that she could do anything she set her young mind to do. Now 23, May has become a pride to the family and her South African nation as a result of her talent for the dangerous art of spinning.From Ghana, Apaloo dons the toga of a vintage car enthusiast. He has revived antique wheels with his array of at least 20 cars ranging from British to German and anything classy, ancient and strong.