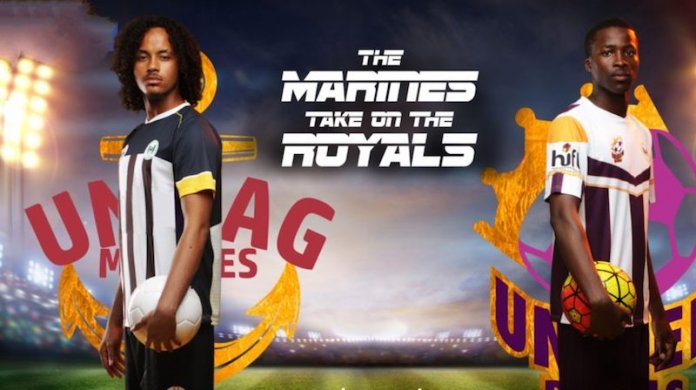 The Higher Institution Football League (HiFL 2019) began on high-tempo at the weekend as the University of Lagos (UNILAG Marines) held FUTA Tigers to a 1-1 draw at the UNILAG Sports Complex in Lagos.

The UNILAG Marines dictated the play, showing early glimpses of flash touches on the ball at the start of the game, but, as soon as the FUTA Tigers settled into the game, the contest became more intense, as both teams did all they could to outplay each other.

However, in the 40th minute, Ibrahim Babatunde of the FUTA Tigers, spotting jersey number 20, just after the centre half of the field lobbed the ball over UNILAG Marines goalkeeper, Oroge Olawale, who had stepped out of the 18-yard box.

Despite the lead, The Marines maintained their composure and controlled the game, firing from all cylinders in the second half. In the 84th minutes, their efforts finally paid off, when big striker Robert Odu, scored an amazing equaliser to put the team back in the game. The game ended 1-1.

Elsewhere at the University of Benin Sports Ground in Ugbowo, Benin, the boys from the UNIBEN Royals showed class against FUOYE Dazzlers from Ekiti as they defeated the team 2-1. Although both teams created chances, the UNIBEN Royales were more clinical in front of goal and got a deserving win.

The league is organised by Pace Sports and Entertainment Marketing in partnership with the Nigerian Universities Games Association (NUGA). The top 32 Universities from NUGA-member institutions will play over a period of 21 weeks, with the final four billed for the Agege Stadium, Lagos.